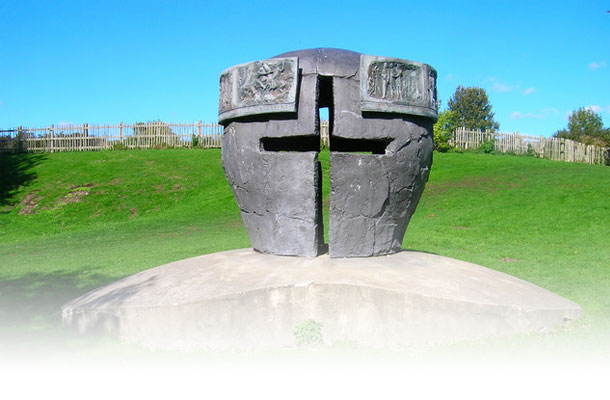 A major archaeological search began on Tuesday to find evidence from the Battle of Lewes.

The dig got under way in driving rain at Landport Bottom on the anniversary of the battle 749 years earlier.

Tantalisingly, it achieved immediate results. Luke Barber, Research Officer for the Sussex Archaeological Society, said the first day uncovered a number of finds – but not from the 13th century.

The most interest was generated by a small oval buckle, possibly part of a horse harness and dating from the early post-medieval period.

Stephanie Smith, the region’s Finds Liaison Officer, said searches with metal detectors had begun on the upper slopes of Landport Bottom. As the team worked downward towards Lewes it was hoped material linked with the battle would be found because it is believed this is where fighting would have been particularly ferocious.

The rebel army of Simon de Montfort charged down the slope in 1264 to clash with their opponents, the soldiers of King Henry III.

While Landport Bottom is the official battlefield site, much of the fighting took place close to what is now The Black Horse pub in Western Road and near St Anne’s Church. After the battle, hundreds of corpses were thrown into mass graves near Lewes Prison.

Read the full story and watch the video at: Sussex Express