Home General News Secular to Sacred: The Story of the Lacock Cup 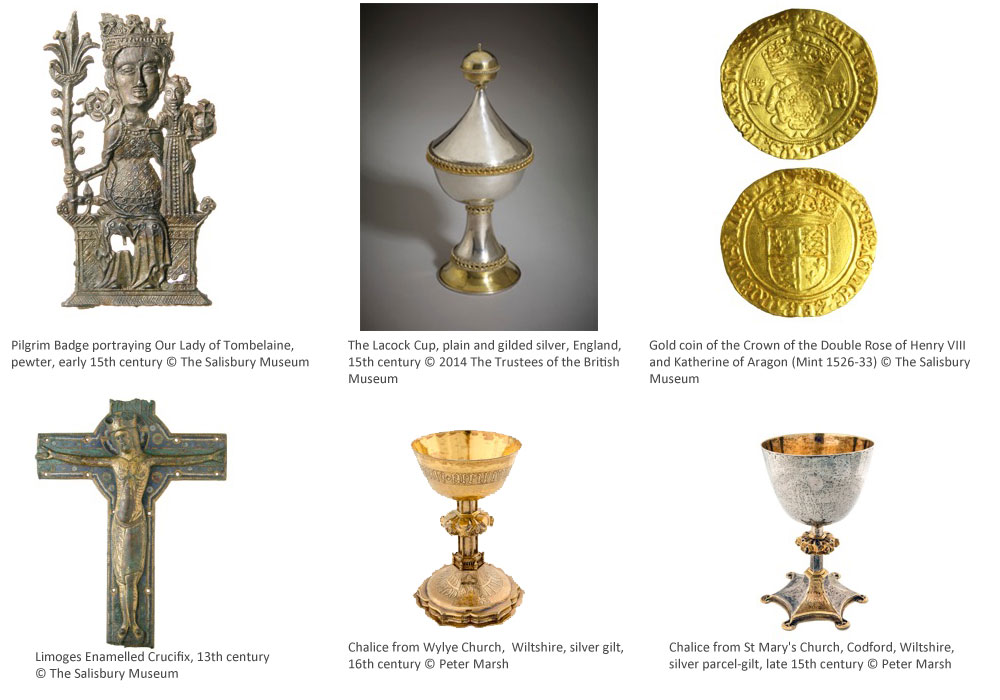 The Salisbury Museum is delighted to announce a new temporary exhibition, “Secular to Sacred: The Story of the Lacock Cup” running from 31st January until Monday 4th May 2015.

Made in the fifteenth century, the Lacock Cup is a breathtakingly rare masterwork by an unknown silversmith. A solid silver vessel of timeless simplicity, it has a unique history, having been used both as a feasting cup and a holy chalice. Its survival against all odds makes it a poignant English icon of endurance and tenacity.

Sometime in the 15th century, nearly 1kg of silver bullion was fashioned by a master-craftsman into a feasting cup for a high-ranking nobleman. Gilded at the base and the top of the lid, measuring 35cm high and with a miraculously smooth hammered surface, it is an object of outstanding elegance and simplicity. Unmarked, probably made in London, the cup is of international significance and heart-stopping beauty.

Late Middle Age drinking cups are so rare because most were melted down as fashions changed. This one was gifted to the Church of St Cyriac in the village of Lacock, Wiltshire, immediately after the reformation and served as a sacred communion cup there for over 400 years. Thus it quietly survived the turbulent reformation, when most church silver was confiscated, and avoided the notice of reformers.

In 2013 the cup was acquired by The British Museum and The Wiltshire Museum with support from the National Heritage Memorial Fund, the Art Fund and private donations.

“Salisbury Museum is honoured to be the first of five museums to display the Lacock Cup, to work in partnership with the British Museum and to have the chance to reveal this fascinating and complex story to our visitors,” said Kim Chittick, exhibitions officer.

In the post-medieval period, Salisbury was one of several assay towns and a centre for the manufacture of silver ware. So it’s doubly fitting that the Lacock Cup begins its countrywide Tour in Salisbury.

“This uniquely English object is closely tied to Wiltshire, and to start the Cup’s Spotlight Tour in its home county is an exciting opportunity. Visitors will be able to compare the vessel to medieval, and post-medieval objects, allowing wider stories about the Lacock Cup to be discovered” said Naomi Speakman.

The Spotlight Tour is generously supported by the John Ellerman Foundation. The Salisbury Museum is grateful for the support of the Churches Conservation Trust and loans from several private collections. Salisbury Cathedral has also given generous assistance with loans from several local parishes.