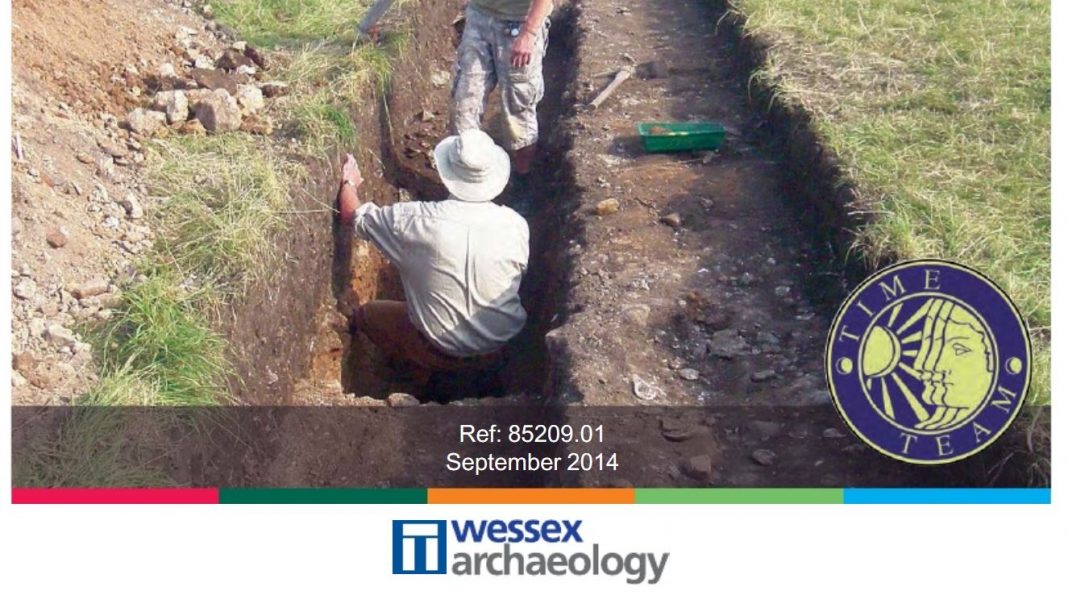 An evaluation consisting of five trenches, magnetometer survey and Ground Penetrating Radar (GPR) survey sought to characterise both the chronology and character of the main fort and also the eastern vicus. A trench was also positioned on a possible earlier fort identified from cropmark evidence to the north of the main fort.

Trenches 1, 2 and 4 lay within the fort. These indicated activity in the fort from the 2nd into the 4th century AD, with some evidence for robbing, abandonment and possible later activity in the 4th century. The geophysical survey, particularly the GPR survey, enabled the layout of the fort and a number of structures within in it to be identified, and indicated the generally good preservation of the below ground remains.

Trench 3 was situated within the eastern vicus. This revealed considerable truncation by modern ploughing. A number of features were identified, dating to the 2nd and 3rd century AD, overlain by a metalled road surface of 3rd or 4th century AD date.

Learn more and watch the episode on 4OD
http://www.channel4.com/programmes/time-team/articles/all/brancaster-behind-the-scenes

The islands that roofed the world : Belnahua’s Abandoned Slate Quarries