Recently a local Colchester school pupil spent his last day volunteering at Roman Circus House on his work experience placement. Guy is fourteen and is a pupil at the Philip Morant School, where history is one of his subjects; last week he had been on a school trip to the historic Normandy beaches.

Guy spent most of the last week processing finds from the Trust’s excavation of our site in the Williams & Griffin store in the High Street at Colchester.

The processing involved washing all kinds of finds, from Roman ceramic building materials to post-Roman pottery fragments and animal bone before marking each item with an individual code.

He then helped to  bag them up again, pack them into crates and carry the catalogued material across to the storage building where they will be studied and reported on.

Guy was working in the processing room with some of the Trust’s archaeology volunteers (Sarah, Brenda, Graham and Hilary). 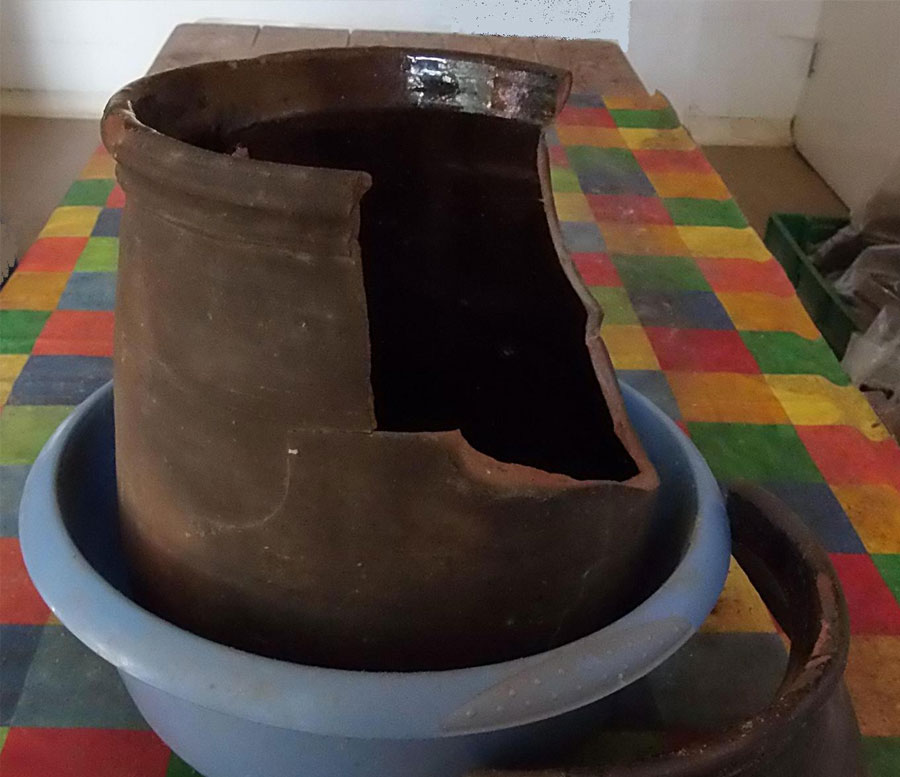 He was then able to go out “into the field” and helped to excavate the contents of a post-medieval kitchen/storage jar, with black glaze on the interior, from the Williams & Griffin site and was able to retrieve fish bones from within the soil fill.

The jar is similar to six 17th-century jars which the Trust excavated on a site at Middleborough in Colchester in 1978 where it was shown they had all been buried upright with their rims at floor-level; five of them were found in service rooms at the rear of the building, and one was in the backyard.

Interestingly, the jar that Guy excavated is distorted in form and it was, therefore, a low-quality, imperfect vessel (a waster). Four of the six jars showed evidence of wear and two were wasters. The fish bones which he recovred from the jar are also interesting, as the contents of the six jars were examined but produced no evidence.

Post-Roman pottery specialist John Cotter suggested that the jars had been used for the cold storage of food items such as dairy products, and it looks as though the jar which Guy excavated out might have been used to store fish, in a 17th-century household in Colchester High Street.

All in all, this is an excellent example of how an archaeological company can provide training, work experience and opportunities – in effect adding value to the experience, rather than taking away from professional archaeological requirements. 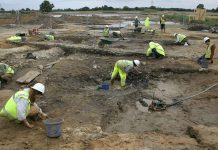 Archaeologies of Media and Film

A Week of Work Experience