Home General News Which way up? 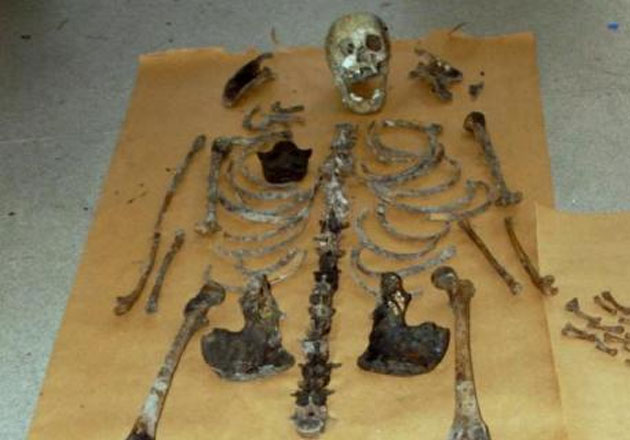 ARCHEOLOGISTS are scratching their heads over the photo of a skeleton found in Fairford and have pointed out that a number of bones have been placed upside down.

Since the Standard reported the carbon dating results of a skeleton found in the River Coln in June, a wave of emails have been sent from archaeologists all across the globe, asking to see the anthropologist’s evidence.

Dr Kilgrove continued by saying: “It’s as if we don’t all have access to smartphones that could give us a properly laid-out skeleton in a matter of a few seconds!” 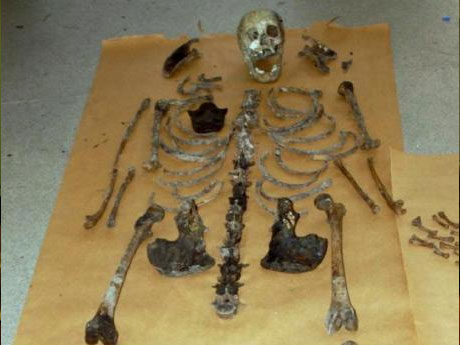 Director of British archaeologist jobs and resources David Connolly also seemed baffled by the carbon dating results for the skeleton. “To say the skeleton is an African woman is a very bold statement to make without evidence. What features on the skeleton made the anthropologist think that?”

Both archaeologists seemed keen to see the report to go with the results of the skeleton’s ancestry but the identity of the anthropologist is still a mystery.

A spokesman from Gloucestershire Police said: “The anthropology organisation we dealt with did not want any media attention.
http://www.wiltsglosstandard.co.uk/news/10733679.Archaeologists_baffled_at__dodgy_osteology__on_Fairford_skeleton/?ref=mr

The Lam(b)mermuir Hills? Exploring the history of sheep farming in southern...