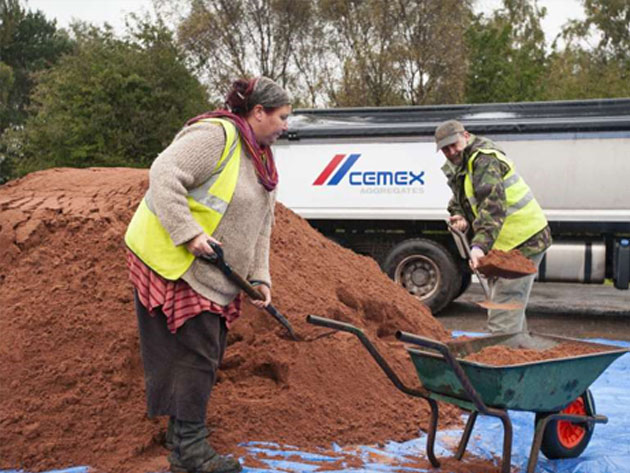 ARCHAEOLOGISTS have begun the careful reburial of a unique model of the Belgian town of Messines, which was constructed on Cannock Chase, in Staffordshire, to commemorate a famous victory in World War I and to help train troops for future battles.

A team of archaeologists working on behalf of Staffordshire County Council and funded by Natural England uncovered the historic treasure, which covers an area of more than 1,400 square metres, after a painstaking dig.

A team of archaeologists working on Cannock Chase, on behalf of Staffordshire County Council and funded by Natural England, uncovered the historic treasure after a painstaking dig. The scaled terrain model was built by German Prisoners of War at Brocton Camp in 1918 under the supervision of the New Zealand Rifle Brigade.
Due to the scale and fragility of the model it is believed that it could be lost in just six months if left uncovered or exposed and reburial is the only way to preserve the model.

Philip Atkins, Leader of Staffordshire County Council, said: “The excavation of the Messines has been an amazing project, and the team has done a wonderful job in bringing the model to life. But once uncovered it would have been lost to the elements if we don’t recover it.

“Around 120 tonnes of sand is needed and in the coming days the site will poignantly disappear, however, the memories that it has evoked and the story that the excavation has told will undoubtedly live on.

“I am delighted that CEMEX made this generous offer to donate the sand and it seemed particularly fitting that sand from a Staffordshire quarry has been used to preserve such an important Staffordshire find.”

Experts from the county council have been working closely with specialists from the No Man’s Land charity and local volunteers to ensure the site is protected.

After covering the area with sand, the model will be protected from root growth from trees, damage from rabbits and the weather by a layer of netting before it is covered with soil once again.

Digging Becket: The Excavation of an Archbishop’s Palace in Kent