Unionisation and the IAC Dispute 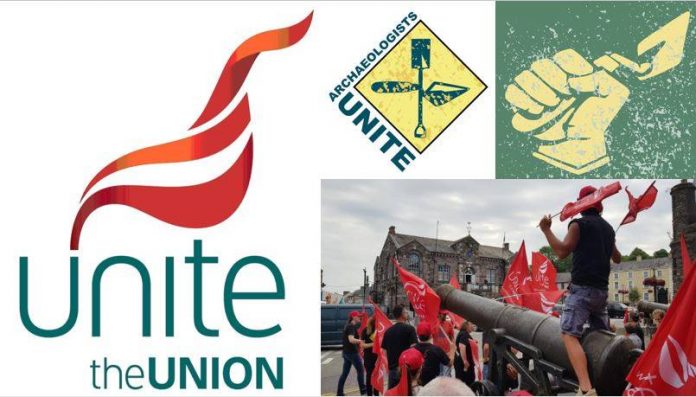 Much has been said about the need for unionisation and the current dispute with the Irish Archaeological Consultancy (IAC)  this article is a part interview part declaration of events and facts regarding the dispute from the point of view of UNITE Ireland Archaeology Branch.

When did it start?

Unite Archaeological Branch issued a pay claim to all Irish archaeological consultancies in which we had members in 5th February 2018. The pay claim was for the following:

10% increase in basic pay at Site Assistant, Supervisor and Site Director rate applicable from 1st March 2018 to expire 31st December 2018, but no less than the following minimum hourly rates:

Why did it start?

On 12th March 2018 IAC responded to our pay claim stating that they “deal directly with their staff on contractual matters and it is IAC’s company policy not to discuss commercial/contractual matters with any person and/group outside the company”.

In response to this letter Unite then referred the pay claim to the conciliation services of the WRC on 4th May 2018. To which IAC restated that they would only deal directly with staff.

On 15th May 2018 Unite wrote to IAC to inform them that our members were taking a ballot for industrial on IAC’s refusal to engage either directly with us or with the WRC.

On 11th June 2018 the votes were counted with the overwhelming majority in favour of taking industrial action.

Does it mean you dislike your boss or site director?

Balloting or taking part in industrial action against any company is in no way aimed at any individual within the company. It is not personal; it is exercising a democratic right (in this case) to collective bargaining and for your voice to be heard by the company. It is aimed at a company level rather than any particular staff.  Just because you may enjoy working there, or even have a good relationship with your site director, does not remove the right you have to union representation.

What is wanted? Why is it important to have union recognition?

Unite Archaeological Branch wants IAC to engage either directly with us or through the Conciliation Services of the WRC and recognise members rights to collectively bargain – to have a voice in matters that directly impact on them in the same way that IAC are represented by other third party groups such as the Irish Business and Employers Confederation (IBEC) a company lobbying group and even by the Institute of Archaeologists of Ireland (another third party).

Union recognition will allow Unite to protect the rights and interests of our members providing them with protection on employment issues and the ability to negotiate with the employer for better pay and conditions on their behalf.

What does the Rubicon agreement mean for staff?

The Rubicon pay claim was issued for a 10% pay increase. The outcome of the agreement was a total of 9%. 4% back dated to 1st October 2018; a further 3% on 1st January 2019 and the remaining 2% on the 1st January 2020 with the agreement to expire on 31st December 2020. This gives Rubicon employees security and the provision for forward planning. It means that the company cannot lower pay rates at their discretion. These are minimum rates, this does not mean that they cannot be increased during the duration of the agreement but it means they can’t be decreased.  It is disingenuous to suggest that somehow UNITE would then negotiate lower rates with other companies, each company is negotiated with on a case by case basis.

The suggestion in Rob’s letter that the union had somehow negotiated lower pay rates than IAC pay levels is deliberately misleading; the union and Rubicon negotiated and set rates through the WRC, these rates were based on the pay claim and what the company could afford to pay. These rates were accepted in a unanimous vote by all Rubicon staff who were union members.

Does this mean the union will negotiate a lower pay level in future?

To be clear, the union did not negotiate a lower pay rate with Rubicon. All Rubicon staff benefitted with an increase in their rates as a result of the agreement. There are a considerable number of consultancies paying substantially more than the Rubicon rates. IAC pay slightly more but these increases were only introduced after the Rubicon deal. When the Rubicon agreement expires they will be issued with a new pay claim for higher rates. The aim of the agreement is to give staff a baseline that a rate cannot drop below. 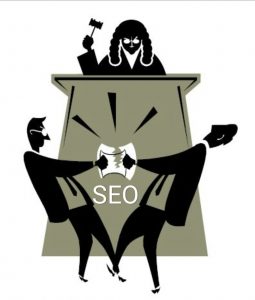 What is the Labour Court?

The Labour court is a state court which provides fair and impartial resolution of industrial disputes. As the court is not a court of law any recommendations made by the court are therefore not legally binding, however, under the Industrial Relations Acts 1946-2015 all parties are expected to respect and give serious consideration to the courts recommendations.  It is untrue to suggest that the Labour court will always find in favour of the Union, and so is a biased puppet of the unions, that can be dismissed as such.

What is the dispute and why the additional ‘or anyone else’ 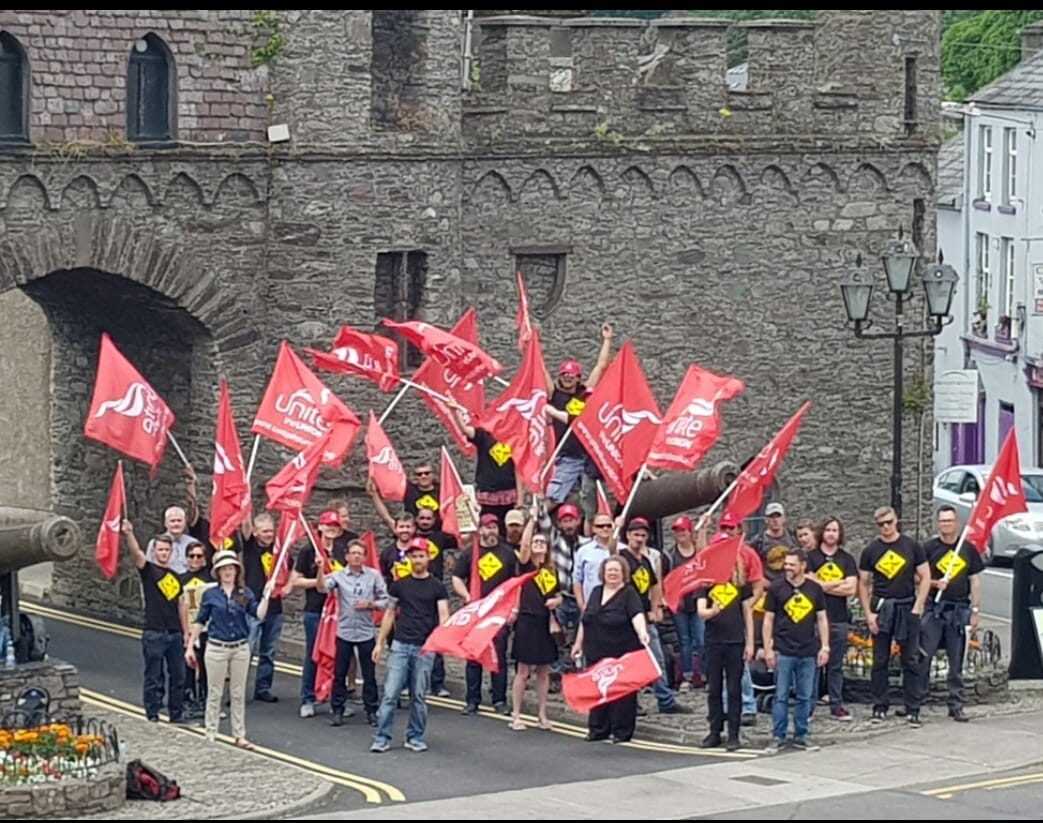 UNITE union estimate that IAC Ltd have a core staff of 15, with temporary or contract staff taken on or laid off as needed. Actual numbers are hard to ascertain, several sites wound up in the run up to Christmas but curiously some longer serving staff members were let go, whilst some staff who had scarcely been with the company a couple of months were kept on. Obviously, IAC’s ‘career progression’ model means little to those former staff members who spent Christmas on the dole. Many of ‘valued’ full-time staff have no permanent contracts.

There is a collective basis for staff to engage and cooperate with management, how is this manifest?

There is no and has never been a collective basis for staff to engage in IAC management, this is manifested when the management dictate the terms and the employees take them or if they leave them. The term cooperation implies the employees have some say in the matter, they don’t.  They must either accept the offers made by the company (some of which are favourable) or leave the company.

By stating that the company will continue on regardless of the court’s decision and so will their staff implies that members of IAC staff, who are union members, do not actually want the company to recognize their union and that somehow Rob Lynch is better placed to talk on his employees behalf.

By saying to his employees that IAC is a small company which is vulnerable and only survices because of the valued staff contrasts with laying off multiple long term (8+ years) full time staff, only to subsequently re-hire them as ‘self-employed’ sub-contractors on far lower rates. Furthermore the ‘race to the bottom’ in archaeological wage rates was in part instituted by IAC Ltd in an attempt to corner the lion’s share of the dwindling archaeological works contracts during the recession. Both of these acts occurred whilst the rates at which IAC Ltd billed their clients remained the same or increased. This had the net effect of cutting the company’s overheads whilst maintaining and even growing their bottom line profits.

There has been no convincing argument..is this true?

“…the company and our staff to grow professionally. I have heard no convincing argument from the union as to how their involvement would improve our company nor the close working relationship which you and company management have together. It would be very unwise for us to abandon a proven approach which is working well.” 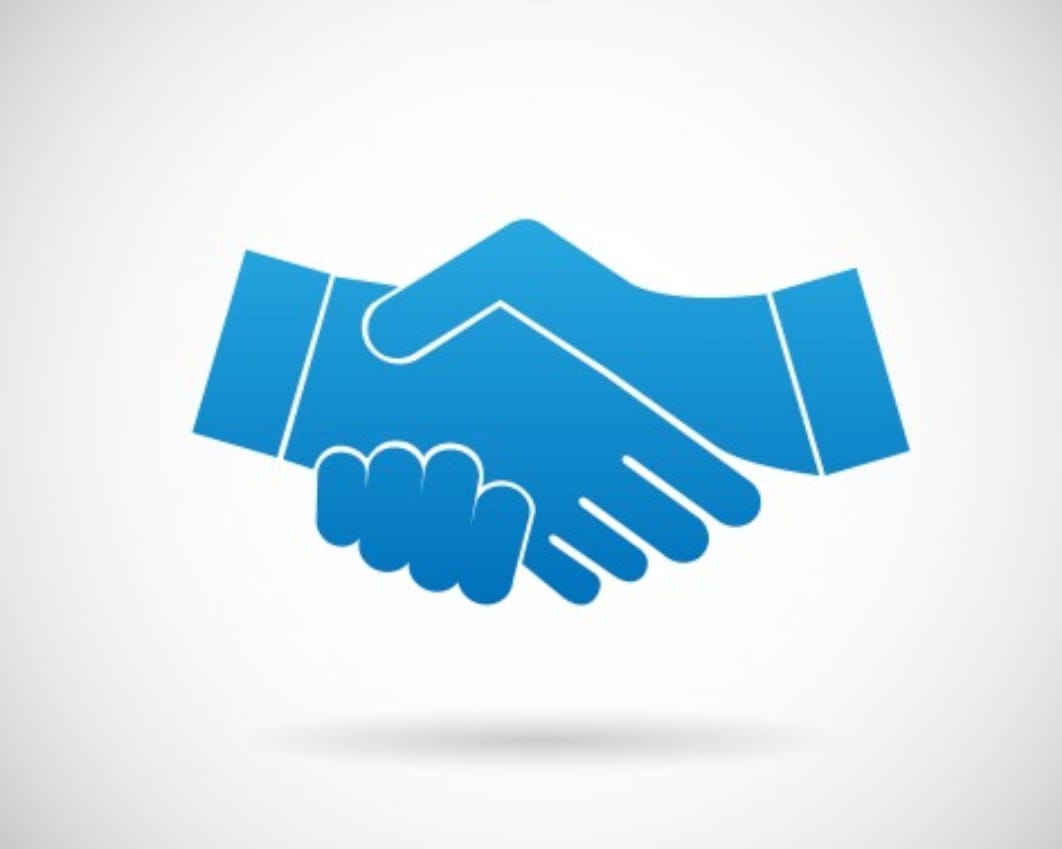 Why should employers consider a union?

1.      Why do employers need unions? There are a number of advantages to an employer in recognizing the union of choice of their employees. Not least amongst these is having a single point of contact when negotiating basic employment contracts which establish a fair and equal footing for all current and future employees. There will of course be details in each employee’s contract unique to the work to which that person is employed but written and understood standards such as a base rate of pay, established working week, location of employment, the conditions under which renumeration may be sought for excess mileage or replacement PPE or the procedures for applying for new/replacement PPE, asking for time off etc.

2.      There is a close working relationship between all staff but this is not always the case between staff and those who you need to approach regarding personal employment -i.e. for a payrise/change in working conditions. A project manager may often intercede on your behalf with company management but this does not always lead to a solution. Approaching company directors can be a very daunting experience especially if you are not personally familiar. Also there may be ambiguity around who you should approach about issues, should you approach the site director/project manager/office admin/company owner, when a structure is not clearly laid out in your personal contract. Anecdotal reports suggest that when an issue regarding employment is reported that it may be forgotten, fall on deaf ears or be possibly even ignored. To raise the issue again may leave the employee feeling vulnerable to being labelled problematic.

3.      To recognize the union, would not be to abandon the procedures of employment within the company but to simply augment them for a stronger and more established working relationship between company management and all staff. If this approach is working well then why has it been reported to the union that some members of staff are operating without current contracts or an employee handbook (outlining procedures to follow if you wish to discuss your contract, negotiate mileage, working time etc. or even who to contact regarding PPE, loss or damage to personal equipment etc, or who your supervisor/director/project manager is depending on which workplace you are attending)? Or why, has it been reported that there are many members of staff on different conditions for the same employment – such as some staff get mileage, some get subsistence or what criteria is necessary to claim either is unclear. Having an intermediary such as the union to negotiate on behalf of employees allows for issues to be raised without fear of appearing troublesome or problematic. It also gives employers a clear baseline when negotiating all contracts so that no member of staff feels overlooked or worse off when compared to their colleagues. An industry where this baseline is established in all companies allows for a profession where a person’s wage and conditions are not subject to the tendering process.

4.      If IAC, the largest employer of commercial archaeologists in Ireland, recognized the union, it would pave the way for union recognition across the industry. This would help develop the profession by establishing more secure and transparent employment contracts as well as base rates of pay for recognized grades in the profession and so allow employees to develop professionally away from the mental and financial burden insecurity and ambiguity of employment in th eindustry. IAC can only benefit and continue to grow in a climate where wage and conditions are clearly established and not subject to the tender process or fluctuations depending on which client the company is employed by.

Keep up to date with the latest at
https://www.facebook.com/UniteArchaeology/

Read a recent Newspaper article on the dispute here:
https://www.thejournal.ie/archaeology-firm-strike-4335489-Nov2018/