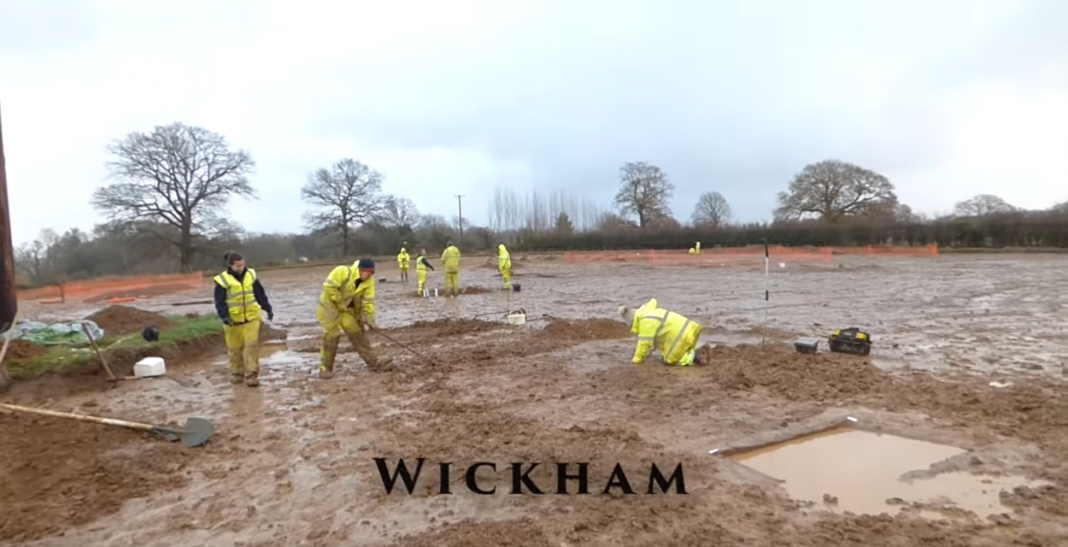 Since September 2018, Cotswold Archaeology has been carrying out archaeological investigations in Wickham, Hampshire. Working with developer Croudace Homes and Winchester City Archaeology, the investigations are being undertaken prior to the construction of a new residential development of 82 homes.

This is not the first time archaeologists have visited this site however, with work beginning in the late 1960s. These early investigations revealed evidence of Roman activity, including both domestic and industrial debris. Investigations in the early 21st century recorded late prehistoric pottery, and investigations expand upon two previous phases of trial excavations undertaken in 2014 and 2018. In the following video Cotswold Archaeology Andover team reveal what they’ve found at the site of a Roman roadside settlement in Hampshire, which provided evidence of human activity as early as the Mesolithic.