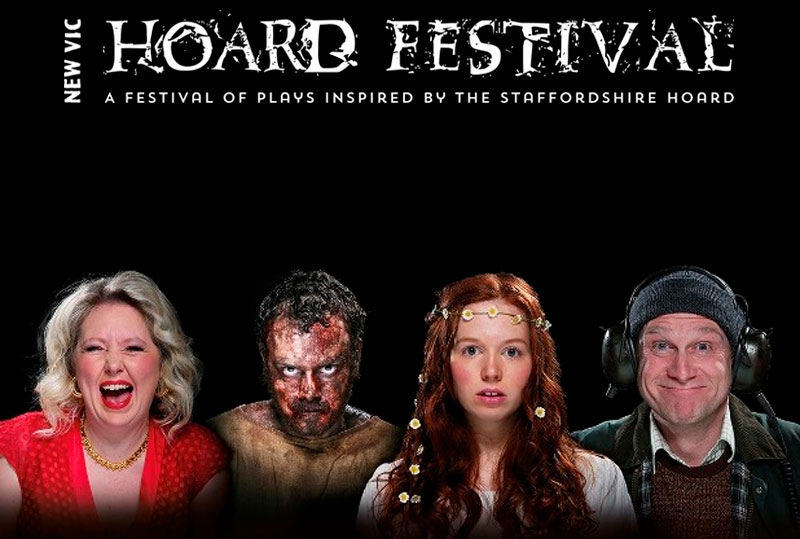 The Festival has been funded by a £198,000 ‘Exceptional Award’ from Arts Council England – Hoard Festival features 22 plays in total – 19 new commissions, 14 writers, 10 theatre-makers, a very hard-working cast of 15 and one Anglo-Saxon specialist.

The Staffordshire Hoard is the largest collection of Anglo-Saxon gold and silver metalwork ever found, anywhere in the world. It was discovered in a field near Lichfield, in Staffordshire, England on 5 July 2009.

It consists of more than 3,500 items that are nearly all martial or warlike in character. The artefacts date to the time of the Kingdom of Mercia. Since the find, a research and conservation programme, headed up by leading experts in the field, has been launched, and will be underway for many years.

The New Vic’s Hoard Festival will be a large-scale event which will tell many stories about the Hoard – different versions of how it ended up in that field; of whose lives it touched; of the objects it comprises; of the world it comes from, and what that says about the world we now inhabit.  Some of the pieces will be works of imagination; some of history and fact; some will be provocations.

Possibly most excitingly for many is the World Premiere of Unearthed – a new documentary play based on approximately 80 hours of new interviews with those surrounding the find, including Terry Herbert who found the hoard, the first archaeologists on the scene, experts and historians including Michael Wood.