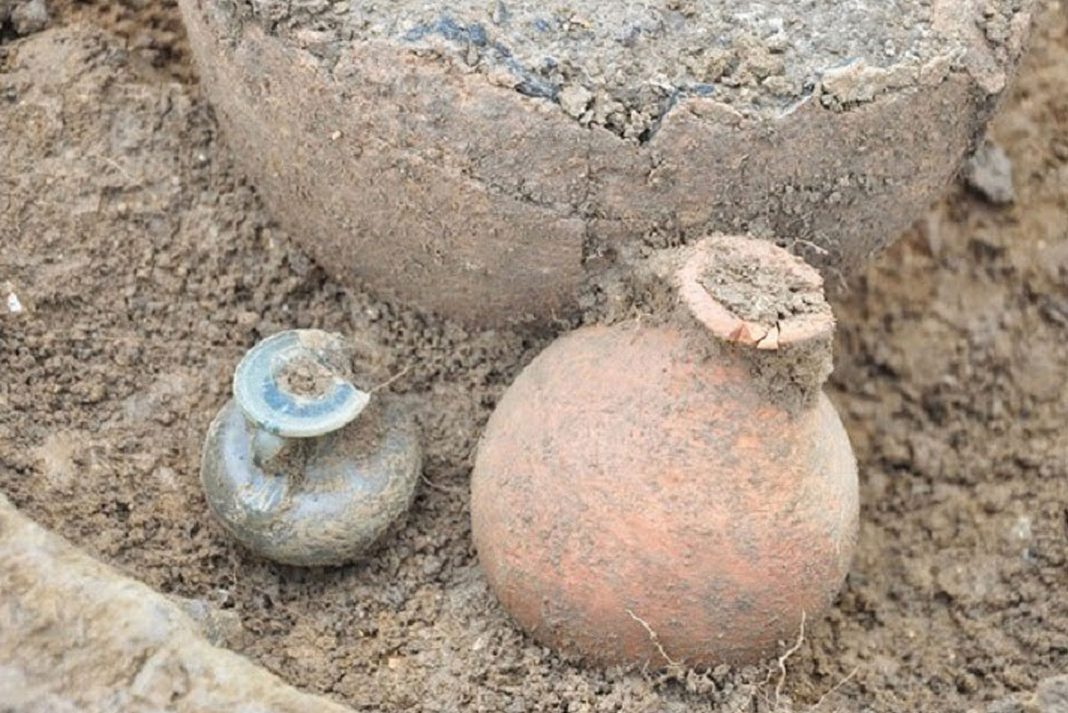 A draft report from Oxford Archaeology East, commissioned by Luton Borough Council, reveals that during excavation work carried out at the end of 2013 in the area of a proposed extension to the cemetery, archaeologists uncovered signs of at least three roundhouses along with enclosures, boundary ditches and various pits. The range of exciting material finds includes seven urned early Roman cremations, three brooches, a bath flask, a significant amount of Roman pottery and some Medieval pottery. The earliest evidence for occupation of the area dates back to the Neolithic and Bronze Age.

Cllr Aslam Khan, portfolio holder for the cemetery and crematorium, said: “It is extraordinary to think the Vale Cemetery has been a special place for both the living and the dead for so very long. We already know our town has been an important settlement for thousands of years, but exciting discoveries like this help us to understand and learn more about how ancient people lived and died.”

He added: “Significant archaeological finds are expected to be presented to Luton Museum in due course. But we are hoping it will eventually be possible reinter the Roman burial urns near to the spot they were discovered, with appropriate respect and a commemorative information plaque.”

The cemetery’s extension is expected to open in the summer, with new paths and roads helping to make it easier to move around the site.

A full report of the findings will be released in due course from Oxford East
http://www.lutontoday.co.uk/news/community/community-news/roman-link-to-local-cemetery-1-6515877