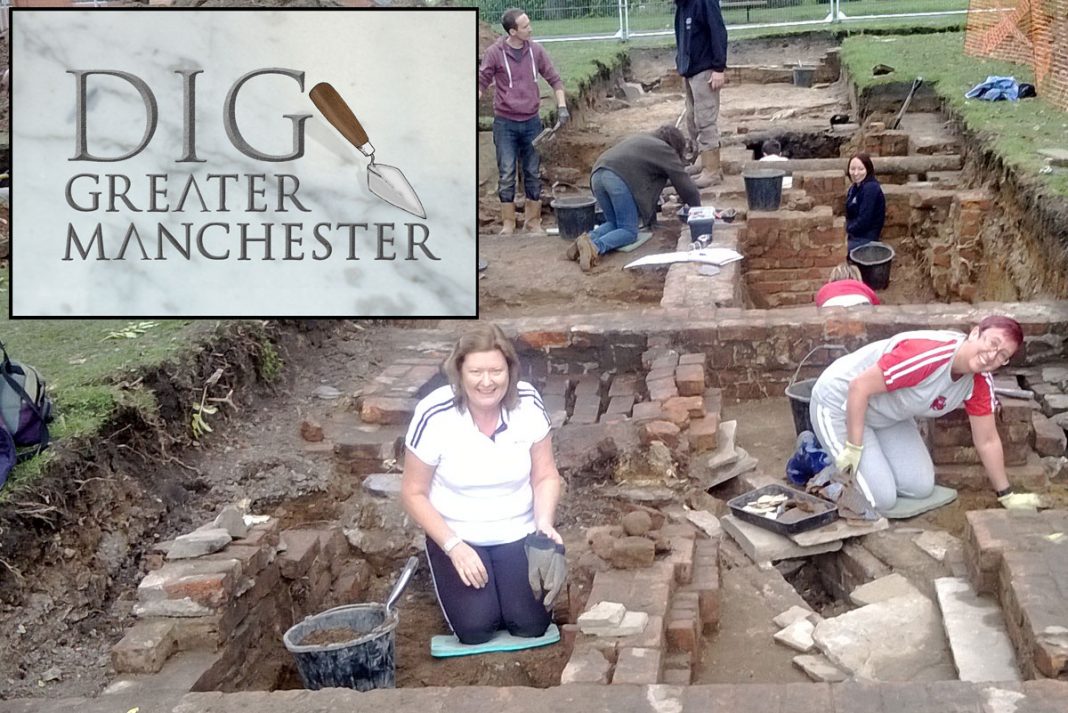 The project aims to raise awareness of the past at a local community level and is providing local communities access to their own heritage through a variety of site and schools-based activities on Local Authority owned land within Greater Manchester.

In its first three years the project has undertaken 11 small scale excavations in each borough of Greater Manchester. Now in its fourth year the project plans to revisit the two most popular dig sites to undertake two larger five week excavations.

The first dig will take place at Radcliffe Tower in Close Park, Bury and excavations will focus on the remains associated with the sites medieval hall and later 18th and 19th century farm buildings. 13th April – 15th May 2015 (booking opens – Mon 2nd March 2015).

The Future of Community Archaeology: Discuss