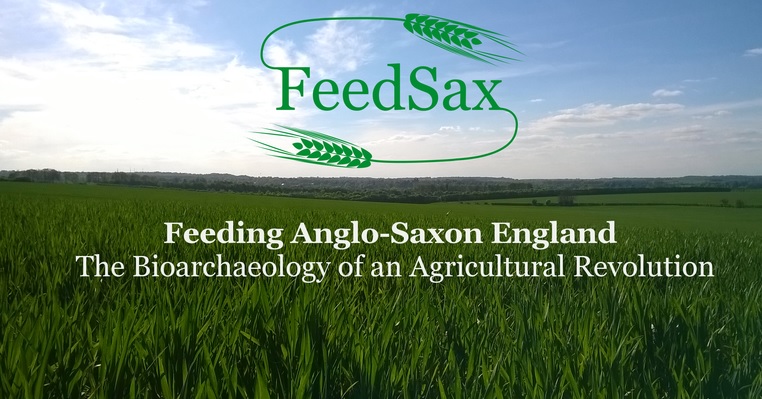 Researchers from Leicester University will be shedding new light on how an ‘agricultural revolution’ in Anglo-Saxon England fueled the growth of towns and markets as part of a new project investigating medieval farming habits.

The project, titled ‘Feeding Anglo-Saxon England (FeedSax): The Bioarchaeology of an Agricultural Revolution’, which is funded by the European Research Council, is led by the University of Oxford working with colleagues from the University of Leicester.

The period between c 800 – 1200 AD saw dramatic changes in farming practices across large parts of Europe, enabling an increase in cereal production so great that it has been described as an ‘agricultural revolution’.

This ‘cerealisation’ allowed post-Roman populations not only to recover, but to boom, fueling the growth of towns and markets.

To operate a more productive but costly system of farming, peasants had to share expensive resources such as teams of oxen and mouldboard ploughs, and cultivate extensive and unenclosed ‘open fields’ communally.

The project aims to understand when, where and how this ‘mouldboard plough package’ originated and spread, by generating the first direct evidence of medieval land use and cultivation regimes from excavated plant remains and animal bones, using a range of scientific methods.

Dr Richard Thomas, Reader and Chair of the Association for Environmental Archaeology from our School of Archaeology and Ancient History said: “We are delighted to be working with the University of Oxford on this exciting project. By using different kinds of archaeological evidence we will try and establish how a revolution in agriculture in Anglo-Saxon England led to a surge in population and fueled the growth of towns and markets.

“Here at the University of Leicester, we will be studying the stresses and strains on cattle bones from archaeological sites to establish when and where the heavy-plough was introduced. This was a major technological innovation which enabled more land to be brought into cultivation and increased the production of cereal grains.”

As part of the project, a suite of over 400 radiocarbon dates on charred cereals, bones and pollen cores will make it possible to locate the origins and spread of open fields in time and space.

Patterns emerging from these bioarchaeological data will then be compared with the evidence from excavated farms to explore the inter-relationship between arable production, stock management and settlement forms.