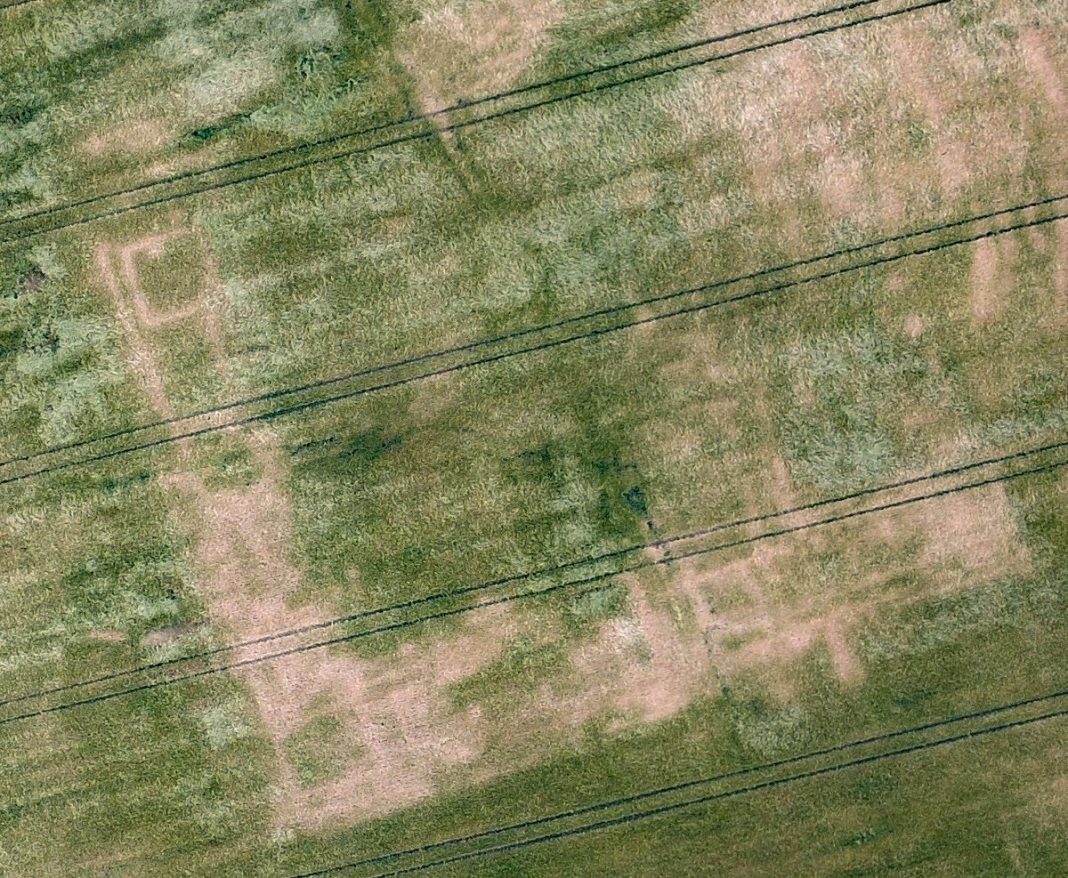 Investigation at the site began in 2016 with surveys by metal detectorist Keith Westcott. These were followed in 2017 by a geophysical survey that confirmed the presence of a large courtyard villa. Earlier this year, Oxford Archaeology, under the management of CgMs Heritage, was commissioned to undertake a trial trench evaluation to characterise the remains further.

Five trenches were excavated across a possible ditched access track, the north, east and south ranges of the villa, and a possible detached aisled building to the south of the main complex. The archaeological remains exposed in the trenches confirmed the results of the geophysical survey, and demonstrated that complex stratigraphic sequences relate to the north and east ranges of the villa survive. 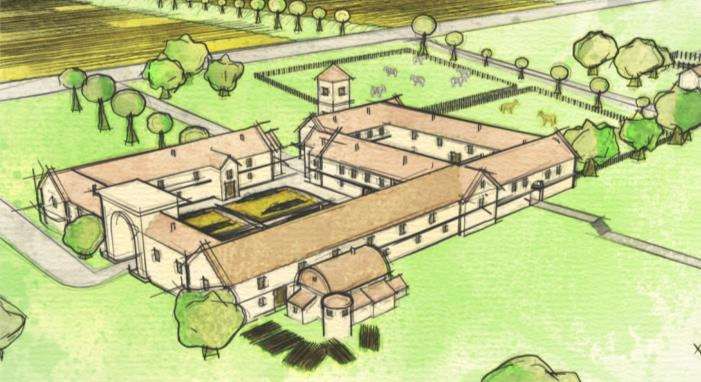 The villa comprises a courtyard some 85m square with ranges of buildings on its north, east and south sides, and possibly a wall or another range of rooms on its west side. The villa appears to have been provided with the usual high-status refinements. Stone tesserae attest to the presence of at least one mosaic, and flue tile fragments and brick that derive from heated rooms were recovered.

The dating of the villa is hampered by the inevitably small artefactual assemblage recovered, and earlier phases may have remained obscured beneath later deposits. However, the emphasis of the pottery assemblage is on the later part of the Roman period, with little evidence for activity before the middle of the 2nd century, and it has been tentatively suggested that occupation was not intensive during the later 4th century.

Simply in terms of size, the villa is impressive and is comparable to the grand villas at Chedworth and Woodchester in Gloucestershire, Bignor in Sussex, and Brading on the Isle of Wight.

Remember you can  participate in the approved course

Exploring the Legend of Banquo with AOC Archaeology