New Evidence Shows Surge in Enthusiasm for Heritage in England

On Wednesday 1 April, Historic England, the public body that looks after and champions England's historic environment, will officially come into being. New research to mark this shows English people recognise and protect the nationally significant sites in their area. A growing number of people are visiting the National Heritage List for England to find out about them. 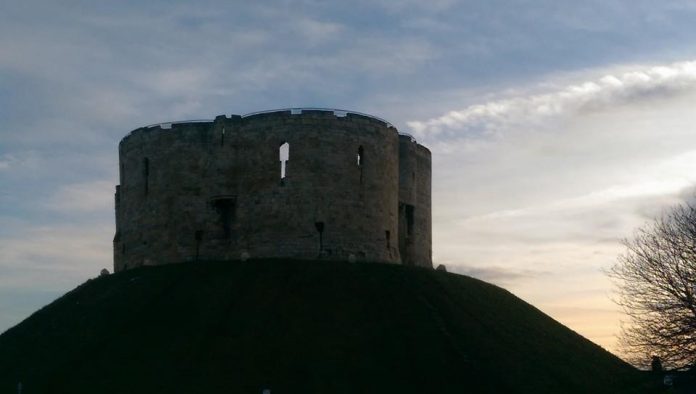 On Wednesday 1 April, Historic England, the public body that looks after and champions England’s historic environment, will officially come into being. New research to mark this shows English people recognise and protect the nationally significant sites in their area. A growing number of people are visiting the National Heritage List for England to find out about them.

Historic England has also revealed that almost everyone in England now lives within a mile of a designated heritage asset – a building, monument, archaeological site, battlefield, park or garden that is listed for protection.

Designation is the act of officially identifying the most important parts of our heritage so they can receive special protection and be added to the National Heritage List for England. We celebrate their significance – and make sure that our history can be enjoyed by present and future generations.

A poll of more than 5,000 adults has revealed that English people care deeply for their heritage. Just under two fifths (38%) have taken action to protect a local building or place from damaging change, or from becoming derelict or disused. The results suggest a higher-than-expected willingness among the public to protect heritage around them.

Awareness is also high from a poll of more than 1,750 people, with almost half (46%) of English people saying they know of a historically significant building or place within a mile of where they live, and almost two thirds (64%) saying they are interested in their local heritage.

Sir Laurie Magnus, Historic England Chairman, said: “These results are fascinating. They show that people care deeply about our heritage and the importance of protecting our spectacular castles, country houses, monuments, memorials and ancient archaeological sites. They are also concerned about the fate of their local heritage and increasingly recognise the importance of places of worship, parks and gardens, historic industrial sites and maritime heritage.”

According to the survey, the most commonly-valued parts of England’s historic environment are country houses and castles (70% said these are important and worth preserving), closely followed by monuments and memorials (67%), and ancient archaeological sites (66%).

However, a substantial proportion of people also consider places of worship (52%), maritime history, such as wrecks and submarines (48%), parks and gardens (45%), railway stations, bridges and tunnels (37%), shipyards and factories (30%) to be important parts of their heritage too.

The research hints at a growing trend for people to recognise and appreciate the rich and varied types of heritage across England.

From the poll of 1,750, 47% of young people (18-24) say they are interested or very interested in their local heritage. The same age group from the 5,400 survey considers monuments and memorials (60%) and archaeological sites (56%) to be more important than country houses and castles (51%).

People aged 45-54 believe country houses and castles (75%) to be the most valuable followed by archaeological sites and monuments (both 72%).

People in the North East (70%) are most interested in their local heritage versus the South West (69%), London (69%) and South East (68%) , while people in the South East and South West are the most active in protecting their heritage (41%). Those who took part in the survey said they have used social media and petitions to take action to protect local historic places.

From Wednesday 1 April, English Heritage will separate into two organisations:

Historic England will champion the historic environment all around us. It will provide expert advice, celebrate our most important heritage through designation, promote constructive conservation, carry out research and give guidance and grants to everyone from local communities to national policymakers, from owners of listed homes to volunteers saving a building at risk.

You can find out what’s designated near to you by visiting the National Heritage List for England.