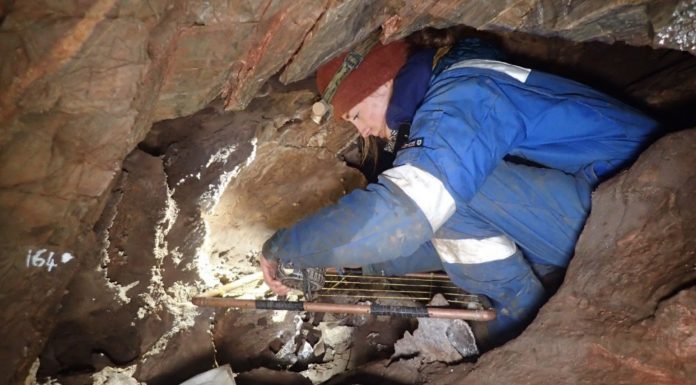 ‘Megafauna’ archaeological finds discovered in Devon, with a Mammoth, Rhino and Wolf among amazing remains uncovered at Sherford

Archaeologists have made a number of rare and nationally significant discoveries during investigations at the new town of Sherford in Devon, offering a unique glimpse of Ice Age Britain. The remains have been painstakingly recovered by a specialist and highly skilled team from across the UK and are now being analysed. Initial findings confirm that the well-preserved remains of several species of animals have been found, including woolly mammoth, woolly rhinoceros, wolf, hyena, horse, reindeer, mountain hare and red fox.

The ‘megafauna’ – large animals now extinct – that have been found are estimated to be from the last Ice Age, around 30,000- 60,000 years ago in the Middle Devensian period, when temperatures were generally colder than today. It is hoped the Sherford discoveries will provide new insights into early Britain and enrich what is already known. Understanding the range of mammals present, particularly herbivores and their food sources, also provides an insight into the plants that may have existed in the local environment, for which little evidence survives today. 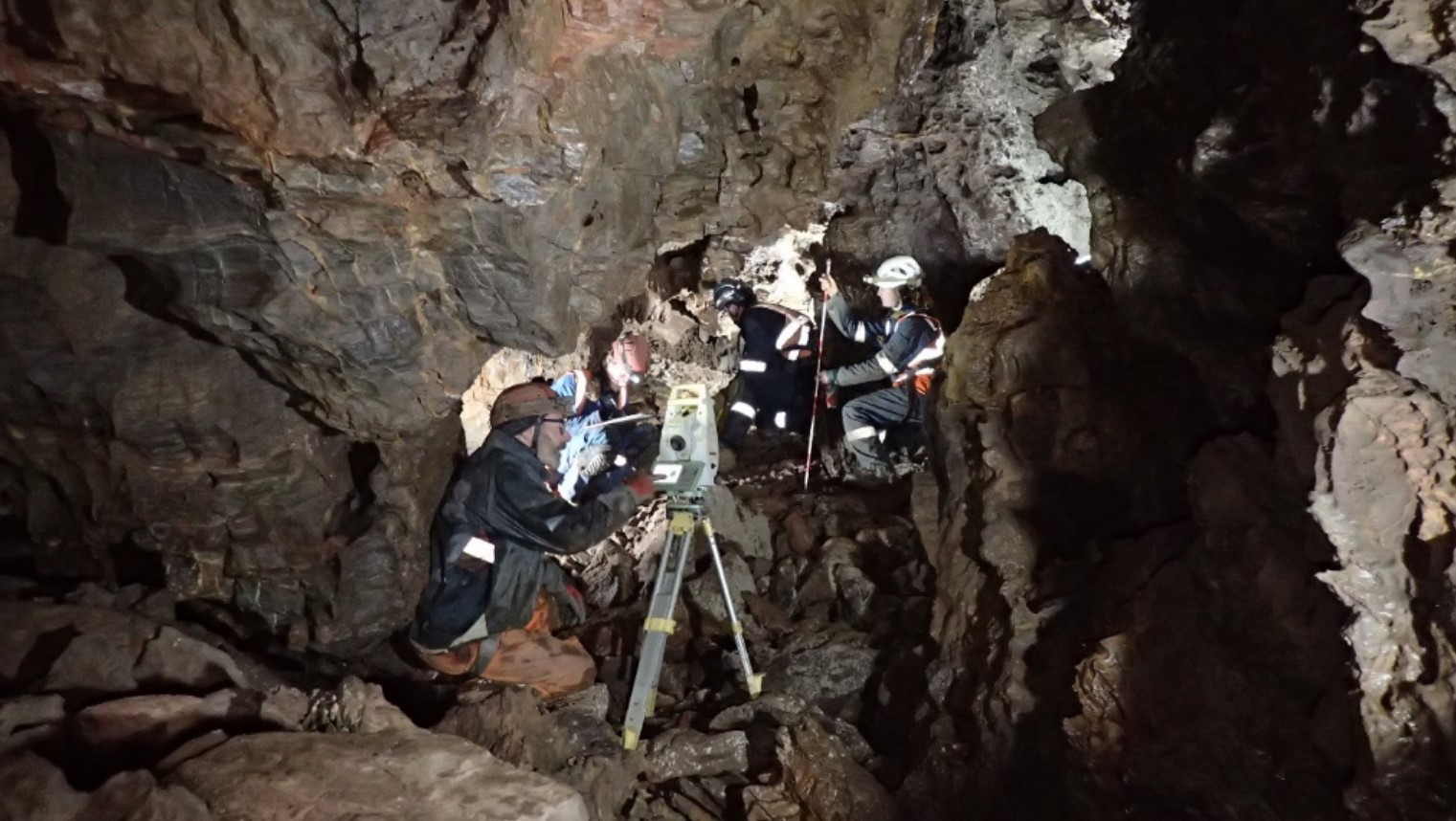 Sherford is a new 5,500-home community under development on the edge of Plymouth, already home to over 1,500 people. The Sherford Consortium – a partnership of Taylor Wimpey and Vistry Partnerships – instigated archaeological work at the start of construction in 2015 and have remained committed to funding an ongoing programme of archaeological investigation ever since. Excavation during infrastructure work led to the discovery of these animal remains, in an area near old lime kilns and Sherford Quarry.

Over recent months, the archaeological team has conducted a detailed scientific sampling exercise to obtain as much information about the findings as possible. The work has been led by an expert team that includes Orion Heritage, Exeter-based AC Archaeology, and multiple expert academics, supported by the South West Science Advisor from Historic England. The project has involved a close partnership with Devon County Council’s Historic Environment Team – as archaeological advisors to South Hams District Council – and the programme of investigations has been informed by specialist advice and expertise from the local archaeological and geological community. 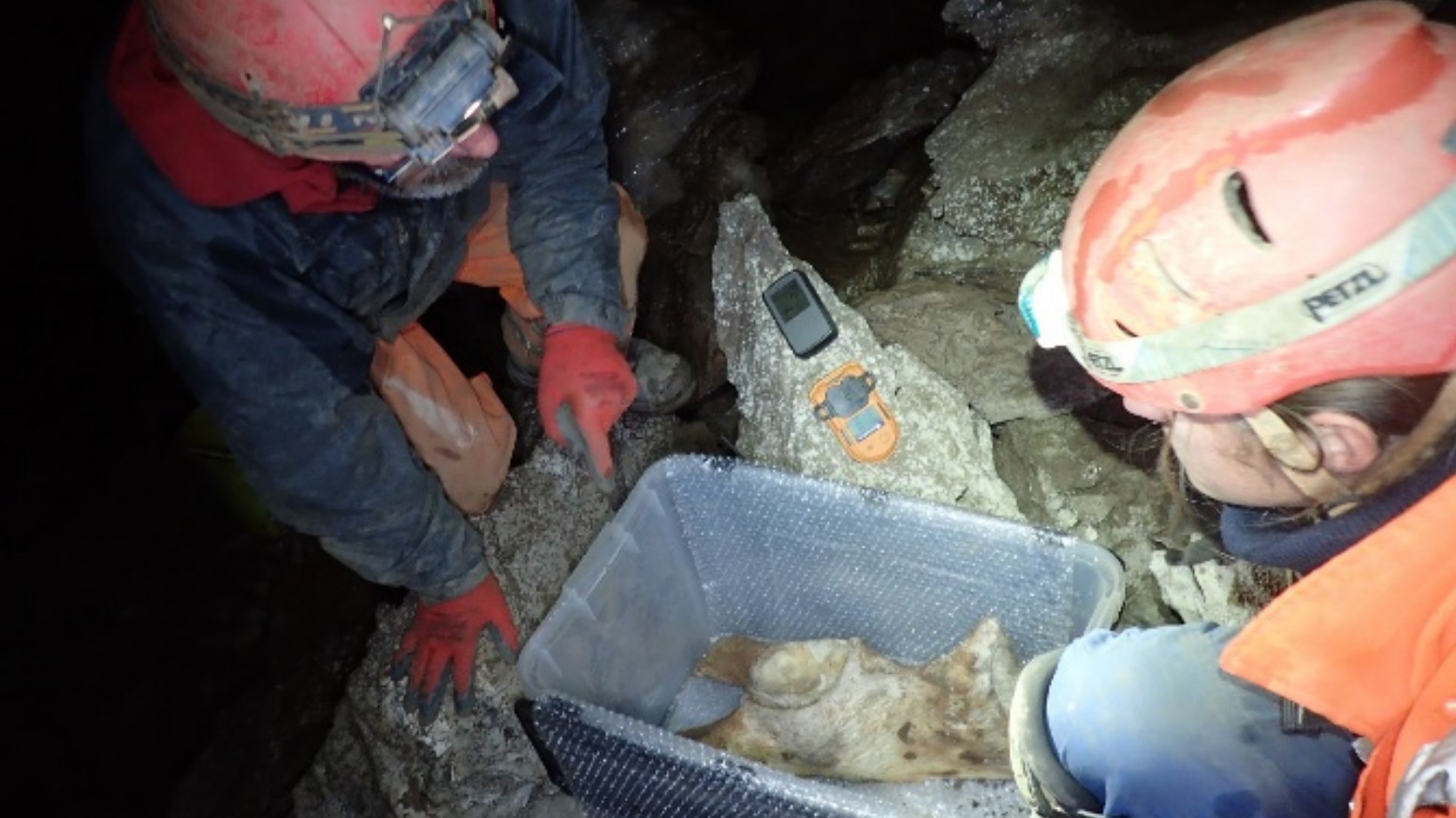 The animal bones and environmental samples have been carefully recorded and removed from the ground and are now undergoing academic analysis and conservation. It is expected that the full archive of remains will return to Devon, into the care of The Box – Plymouth’s new museum – just a few miles from where they were uncovered.

The Sherford Consortium will preserve the area where the remains have been found. The underground space will be conserved, and no construction will take place on top of it. However, the entrance will be closed to both protect the historic site and ensure public welfare. It is not, nor will be, possible for the public to safely access the area in which the discoveries have been made.

Rob Bourn, Managing Director of Orion Heritage and lead archaeologist on the project for the Sherford Consortium, said: “This is a major discovery of national significance – a once in a lifetime experience for those involved. Construction happening at Sherford is the sole reason these findings have been discovered and it is remarkable that they have laid undisturbed until now. To find such an array of artefacts untouched for so long is a rare and special occurrence. Equally rare is the presence of complete or semi-complete individual animals. We look forward to reaching the stage where the discoveries can be shared and displayed, so that everyone can find out more about our distant past.”

Duncan Wilson, Chief Executive of Historic England, said: “This discovery is exceptional. To have found partial remains of such a range of species here in Devon gives us a brilliant insight into the animals which roamed around Ice Age Britain thousands of years ago, as well as a better understanding of the environment and climate at the time. We are delighted that this important part of our history will be preserved for future generations.” Victoria Pomery, CEO at The Box, said: “What an amazing discovery this is. We already have some fascinating items in the collections at The Box from this era, some of which provided the inspiration for the hugely popular woolly mammoth and cave lion skeleton we have on display in our natural history gallery. Once all the analysis work is completed it will be a huge honour to care for and display these newly discovered finds, and to play an ongoing part in the public’s understanding of Plymouth and the animals that were here during the Ice Age.” 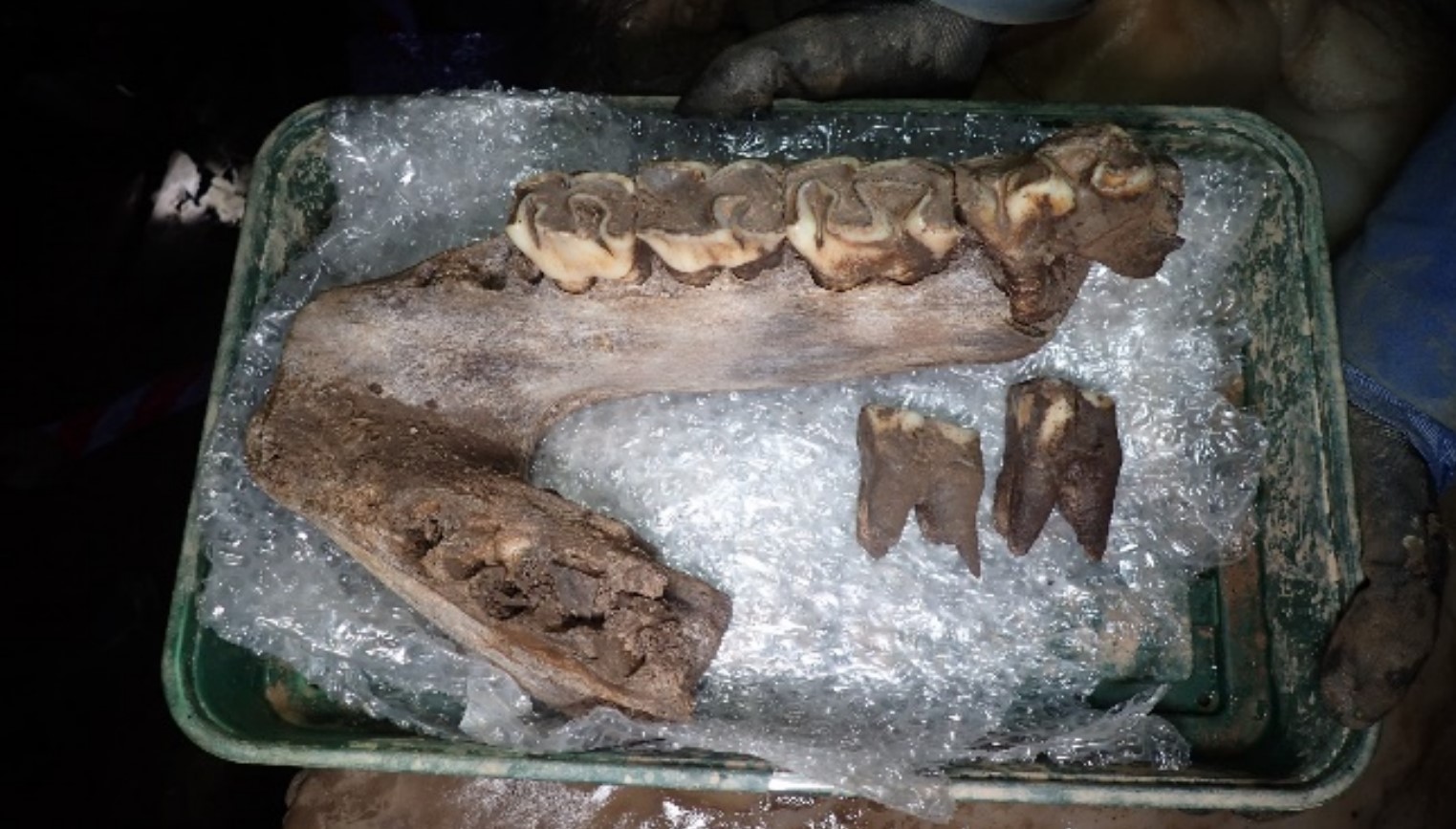 The significance of the recovered remains lies in their likely age and potential to provide clues about life in Britain in the last Ice Age, and the array of bones from different animals has especially intrigued experts.

The detailed samples taken from the site have so far uncovered:

Whether all of the creatures uncovered at Sherford coexisted in a similar time period, or existed at different points over a much longer time span is uncertain. One theory is that some of the creatures fell into a pit and were unable to escape, and carnivorous scavengers followed and met a similar fate – or the animals died elsewhere and the bones washed into the area over a period of time.

Rob Bourn adds, “The South West would have been very different back then; it was an area where mammoths and other creatures thrived, roaming great distances across a landscape that looked very different to today. With glaciers not far away in South Wales, and a volatile climate prone to huge floods, what we have found at Sherford may well have died somewhere nearby and were washed up here to create this unique collection of historic remains.”

The archaeological excavation of the Ice Age animal remains has just been completed, but work continues offsite, where the bones are now being cleaned, conserved and studied in detail. A technically challenging site investigation, it has taken the dedicated team time to carefully explore and extract the findings, with sediment samples and an array of remains removed for research and preservation.

Rob Bourn adds, “This investigation has been in exceptionally safe hands with the best professional archaeological team we could put together, uniting a group of specialist academics from across the UK with experts that have worked closely together over a long time. It has also involved a team working under the ground for weeks on end to recover the remains and take samples with the utmost care. We have worked with passion and professionalism to carry out thorough and diligent investigations.”

While all parties involved in these exciting discoveries recognise there will be public interest, people are asked not to visit the site. This area of Sherford is not suitable or safe to visit, and access is highly restricted in the interests of health and safety.

Rob Bourn concludes, “A discovery like this would not have happened without the new town being created at Sherford; the work to professionally recover, document and analyse the findings would not have been possible without the developers’ full cooperation and proactive approach to archaeology”.

The story is not over

In the photos are Danielle Schreeve who is the team’s faunal specialist and the person running the post-excavation work at Royal Holloway Uni and Vince Simmons (AC Archaeology) who lead the on site excavations who is a very experienced cave archaeologist.

Having been found during construction, this investigation had massive additional challenges but we have now completed a fantastic excavation & sampling programme of these deposits and remains. The post-ex work back in the lab which is being undertaken by Danielle and her team is just starting. The remains will ultimately be deposited with Plymouth Museum who will no doubt add them into their display in the Mammoth Gallery alongside Mildred (well worth a visit if you happen to be in Plymouth).

The chambers that the remains were found in will be preserved in situ and not built over. The entrance does have to be sealed to ensure that these delicate deposits are preserved for future generations and also to ensure that the public realm of the new development is safe.  There is no other safe alternative.