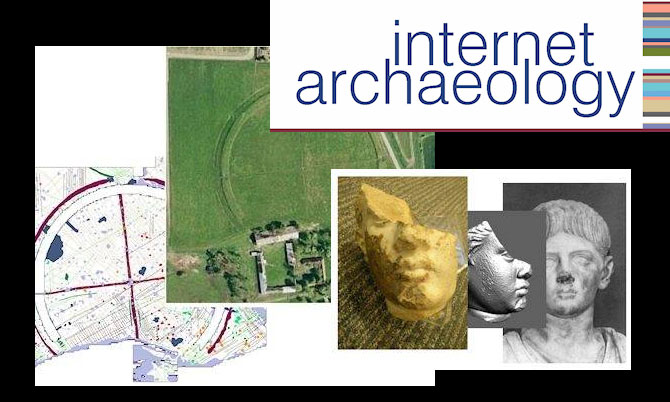 As of 30th September 2014, Internet Archaeology is an open access journal and will no longer charge a subscription for access to any past or future content.

Over the last 4 years, Internet Archaeology have made active efforts in this direction, by switching to a default CC-BY license, opening up back issues with an annual rolling wall, and by adjusting subscription charges accordingly.

During this time, Internet Archaeology also witnessed a marked increase in quality, funded submissions, including several themed issues. Internet Archaeology has always tried to be more than ‘just a journal’, exploring the possibilities the web can offer and have delved into many different publication formats.

Being a small operation meant Internet Archaeology could be responsive to changes in the wider scholarly landscape, and the journal has simply reached the tipping point.

Funded through JISC’s eLib programme, Internet Archaeology was launched in 1995 as a born-digital journal and published its first issue in 1996. It was also open access before the term was really invented. As part of the initial funding agreement, and as the only sustainable option for us at that time, institutional subscriptions were introduced in 2000, followed by subscriptions for individuals in 2001. By 2010, the open access debate had truly sparked into life and it was around that time that we started to publish open access content where funds were available. By the start of 2014 however, over 50% of the articles we had published were open access, so we have decided to make open access the focus of our efforts from now on.

There will always be challenges of course but I’m very excited to be taking the journal into this new phase.

A special issue edited by Ricardo Fernandes and John Meadows

This themed issue has been funded by the Graduate School “Human Development in Landscapes”, University of Kiel with additional funding from the Institute for Ecosystem Research, University of Kiel and the Centre for Baltic and Scandinavian Archaeology, Schloss Gottorf.

The ‘Wretched Poor’ and the Sea: Contest and exploitation of Achill Island’s historic maritime landscape
Shannon Dunn and Chuck Meide

Wessex Archaeology to use UAS for surveys.