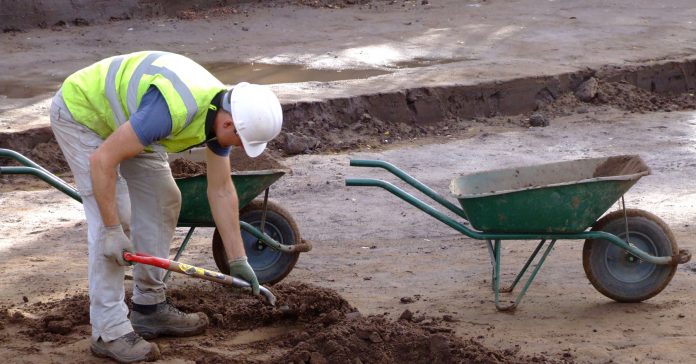 Moving forward with BAJR discussions on diversity (and lack thereof) within archaeology in the UK, this article by William White and Catherine Draycott, covering both the US and UK, contained some constructive thoughts that suggest what we can do to effect change.

Victoria Alexander’s comment on BAJR Facebook in reply to this article, was what can only be described as incisive, inclusive and eloquent.  It is repeated here below in its entirety – as it is too important to lose in the maze of Facebook.

As a BAME commercial archaeologist this is my view of the problem.
There won’t be more BAME archaeologists until the educational and professional systems encourage positive interactions with heritage and history from a young age.

1. BAME history is othered in education/outreach. Touching upon BAME history though special exhibits and stand-alone books, and largely then only through the lens of slavery and civil rights, is demeaning. Our history seems to only exist when it’s at odds with the white or western world. Imagine being a child learning British history and not seeing yourself in it until you become a commodity? Britain has been diverse since the Roman period, yet this narrative is rarely told. A more worldview approach which focuses on wider timelines rather than only key events would be beneficial to everyone and help stop an imperialist view. Curriculum will talk of great feasts using ‘exotic spices’ from afar, but nothing is said of the powerful Middle Eastern, and other, kingdoms they come from. This kind of white-washing and othering means many BAME don’t engage because they don’t feel reflected. as you progress with history at GCSE and A-level the erasure only seems to worsen. (I also think the white multiculturalism of Britain should be emphasised and would combat certain problematic social viewpoints).

2. Due to socio-economic factors, and a lack of awareness, BAME are less likely to engage with museums/national trust properties. If local community outreach does occur its largely limited to one-offs, aimed at young children, or is held during work hours. Institutions need to advertise to all members of the public on all media platforms if they want to encourage a diverse audience, and eventually workforce. I often find exhibits/archaeology/research is only showcased on media aimed at the white middle classes.

3. Teachers at all levels need to relearn how they teach and refer to cultures. I’m only 24 but during school (and even Uni) frequently saw non-white cultures described as “simple” or used as comparisons for “primitive” past cultures. This kind of comparison and language is damaging to the relationship BAME have with history and reinforces an antiquarian view of the past.

4. Archaeology/history is seen as a “white person thing “within BAME communities. This is largely due to the othering of BAME history i mentioned above. If BAME communities are not taught their history and how it weaves into the British narrative there’s little incentive to study it. This is a sentiment that’s been echoed to me personally by young BAME. Also, the whiteness of the history media furthers this idea. Lastly the ‘looking down’ upon BAME may experience when visiting a museum or similar contributes to the white stereotype. The number of times I have seen middle-aged white people tsk and sigh at groups of BAME youths (regardless of behaviour) is disgusting. This may be their first introduction to heritage, and to be vilified so quickly only adds to the view of it not being for them.

5. The need for a degree to be a field archaeologist puts BAME (and low income) at a disadvantage. Archaeology is largely offered at universities which due to systematic racism and elitism BAME are less likely to attend. Instead traineeships which integrate professional practice with core modules in arch theory should be offered. I’ve worked with archaeologists who entered through this route and are more than competent. Additionally, the requirement to pay for fieldwork experience (which is a key employment criteria) during university puts BAME/low income at a disadvantage to their peers.

6. The pay/job security/job type of commercial archaeology may discourage some BAME. Many BAME come from low-income families, and for some, cultures which expect children to ‘better’ themselves through certain professions and give back to their parents. Though not an issue I’ve personally experienced it’s one I’ve overheard during uni open days.

7. Changing attitudes and approaches needs a detailed, government-supported, and well-implemented framework. It’s going to take a lot of uncomfortable talks and real, continuous engagement with the communities it seeks to serve) as shown by the case study in the article). Not Performative working groups of largely white participants.
Sorry for the essay/if I stray off topic, it’s such a complex and interconnected issue. I’m also on site so apologies if I don’t respond.