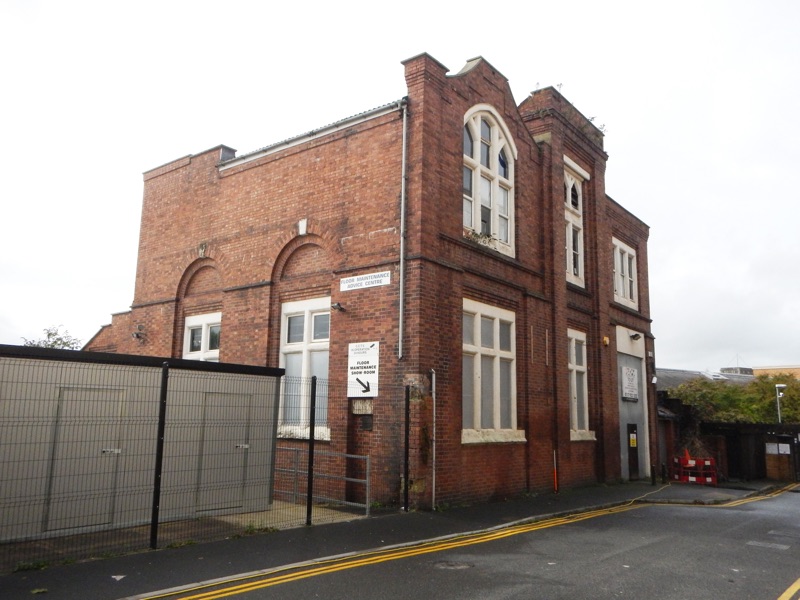 The site was photographically recorded by Tracey Smith prior to its conversion into flats, which retained the the important external features of this unlisted Victorian building.

Initially the Planning Applications Group (PAG) of the Bristol Civic Society opposed the plans to turn teh building into residential flats however, after amendments to the proposal and the contribution that the retention of the important two facades of this historic building would make to the character of the Bedminster Conservation Area, PAG withdrew its objections. The revised application was supported by the local BS3 Group. Planning permission for the application has subsequently been granted.

Bedminster parish, was largely incorporated into Bristol in 1835. In response to the needs of a growing population, an increasing number of shops and public houses as well as schools and churches began to appear. By 1854 the area around the site had largely been built up with terraced housing, leaving a triangular area of land yet to be developed, upon which St Luke’s Hall was built.

However, poverty was especially prevalent in this area of Bristol and so local vicar, Dr Doudney, established a soup kitchen in 1870 with soup dinners for about 150 poor children, as well those who were out of work. A few years later a sum of £3,000 was left by Mr. T. W. Hill, enabling erection of a purpose-built church hall, school and kitchen. The first definite record of this hall is found in a planning application submitted to the City Council in 1876 where a plan for a ‘Soup Kitchen, Ragged and others School’ was detailed.

Subsequent plans from 1877 were those used for the building which stands today.

Apart from the addition of the large entranceways in both northern walls and the western wall of the annex, the mission hall has remained largely structurally intact. Even with the internal alterations and additions, it retains much of its character.

Evidence of medieval church and burials at Leyburn