Welcome to the new year, and a load of stories  – click the links to read the full story. 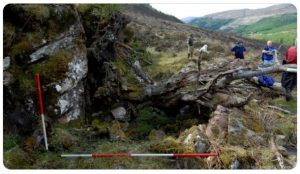 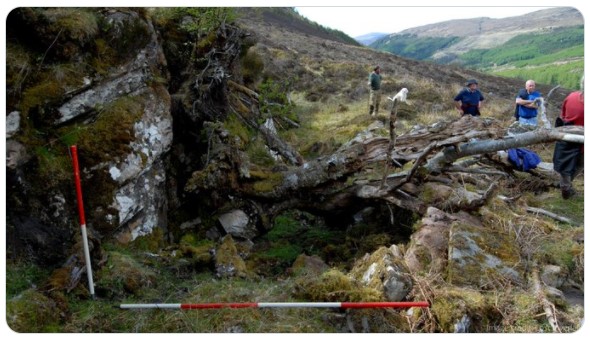 Last year, a community archaeology project run by Ullapool Museum discovered a “rare”, “significant” and “phenomenal” site in the Highlands – can you guess what it is based on this photograph?

Dig into the answer and other 2021 discoveries: https://bit.ly/2021Discoveries

Hungry badger may have uncovered Roman coins in Spanish cave

A trove of 209 Roman coins in a cave in northern Spain – hailed by researchers as an “exceptional find” – is believed to have been uncovered by a badger desperately foraging for food.

The coins, dating from between the third and fifth century AD, were spotted in a cave in the municipality of Grado in the northern region of Asturias. They were found mere feet from the den of a badger, months after Storm Filomena dumped heavy snow across swaths of the country. Researchers believe that the snow forced the badger to step up its foraging efforts, leaving it prodding at a small crack near its den in hopes of uncovering berries or worms.

The Great British Dig: History in Your Garden

Hugh Dennis and a team of expert archaeologists excavate back gardens around Britain, in an attempt to uncover the lost history buried beneath our lawns and flower beds 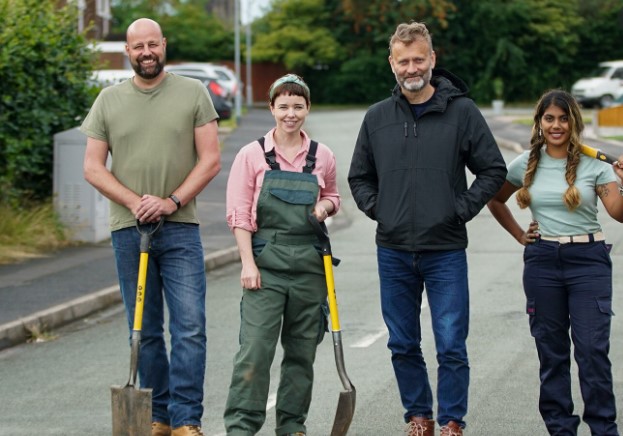 The Great British Dig: History in Your Garden – C4:  LINK FOR ALL EPISODES 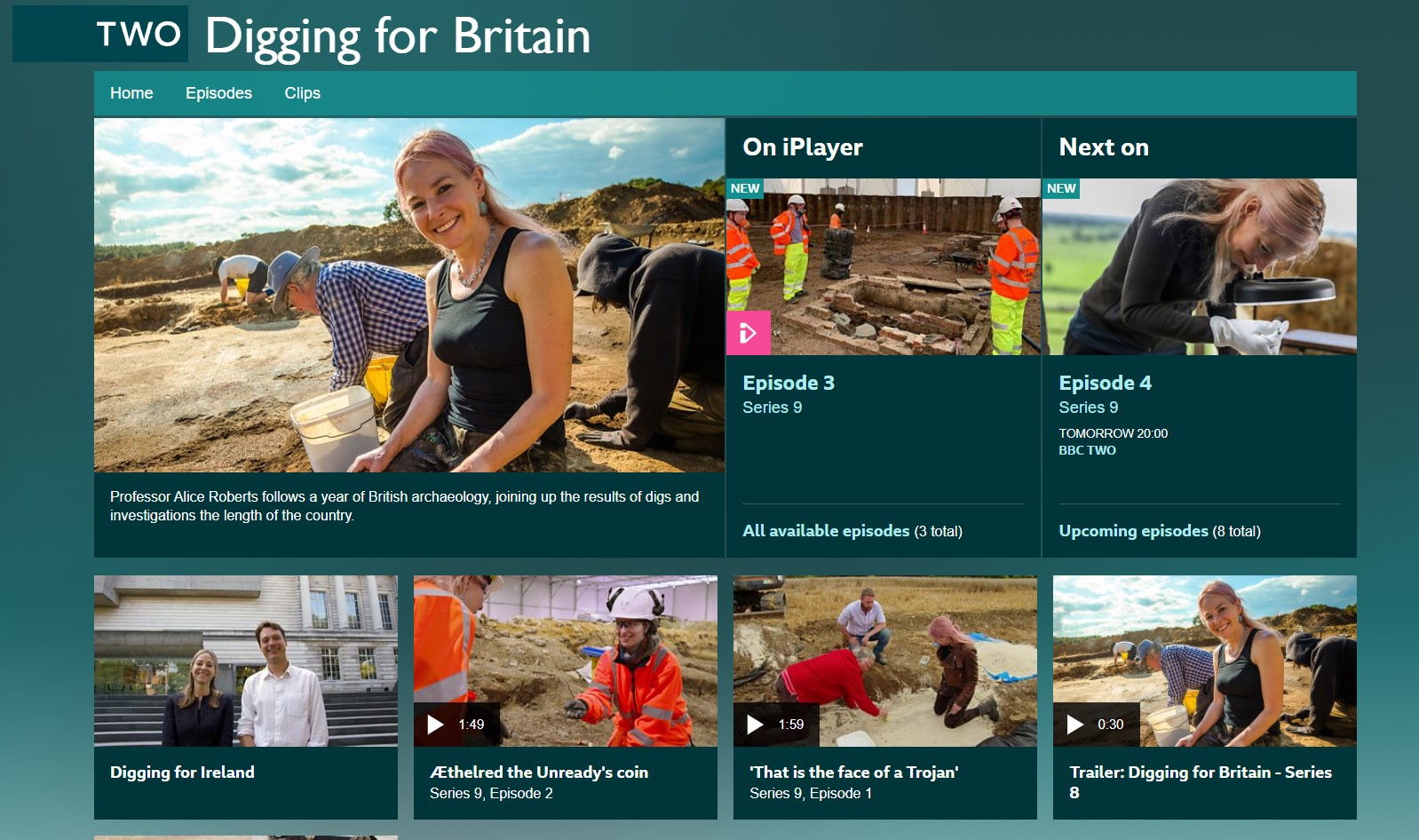 BBC Two – Digging for Britain  LINK for ALL Episodes

A decade of exciting finds 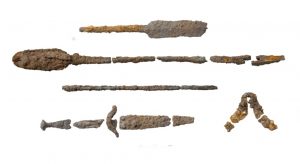 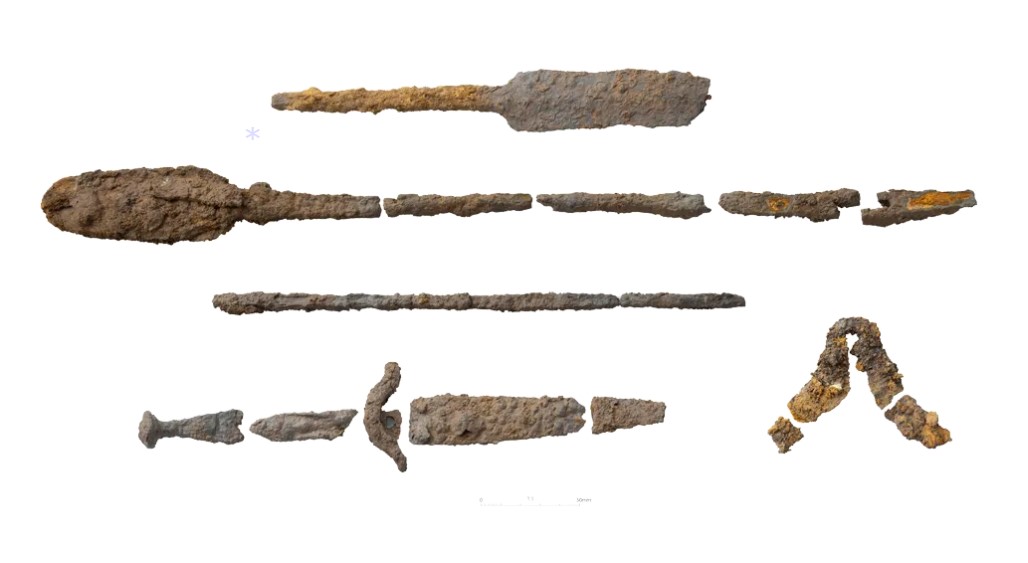 To celebrate 10 years since Cotswolds opened the Milton Keynes (MK) office, they picked five favourite finds made by MK archaeologists based there during those 10 years.

If you missed the live interview between Kofi Smiles and Lauren McIntyre from Oxford Archaeology  about Trinity Burial Ground in Hull on BBC Humberside (as well as on Digging for Britain) then listen up! 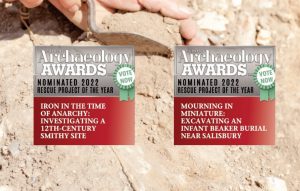 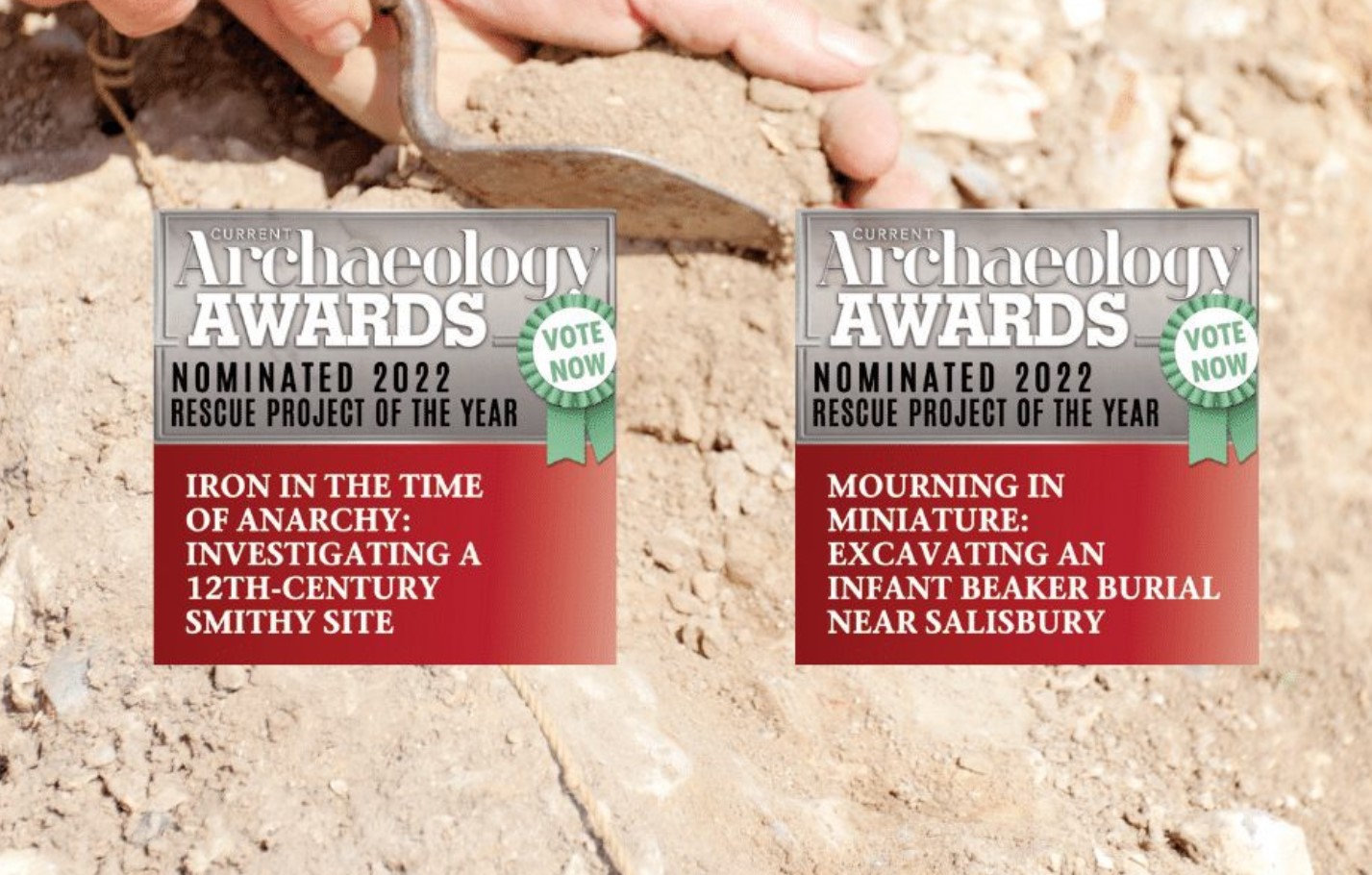 This year, Headland Archaeology has been shortlisted in the “Rescue Project of the Year” category for two of its projects based in Wiltshire and Cambridgeshire. The first of Headland’s projects to be nominated is the “Mourning in miniature” excavation near Salisbury in 2018 and 2019. The excavations revealed the remains of early Bronze Age Beaker burials, including one of an infant. The second Headland project  is titled “Iron in the time of Anarchy” and was based at a site near Newmarket in Cambridgeshire where the team discovered the remains of a medieval smithy dated  to the 12th century, making it of particular historic interest.

The Current Archaeology Awards ceremony will be held on 25 February, when the winners will be announced. Make sure you register your choice before voting closes on 7 February. 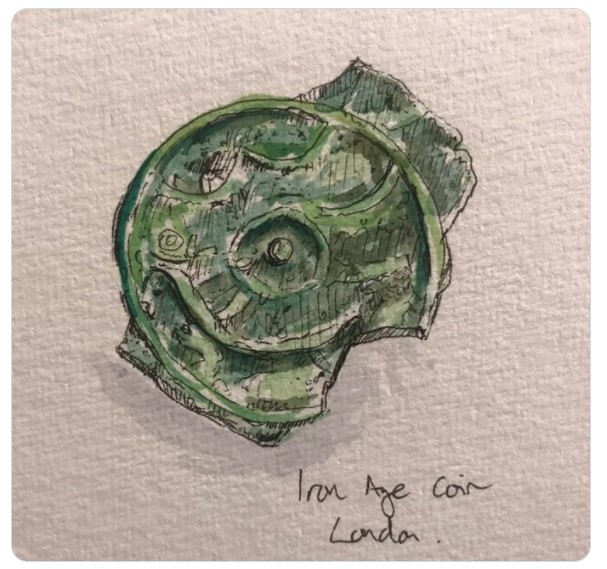 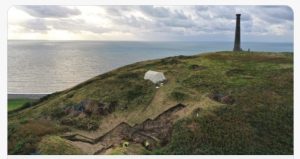 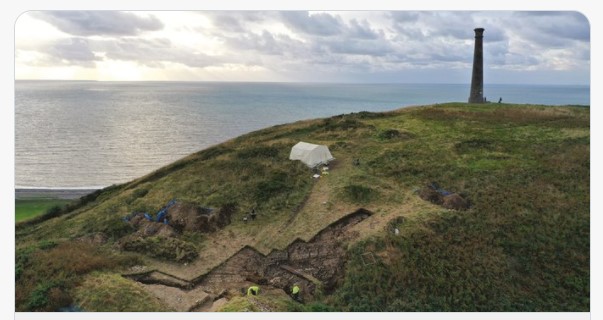 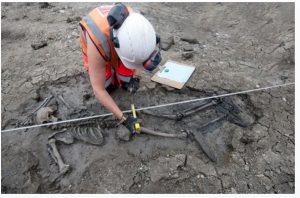 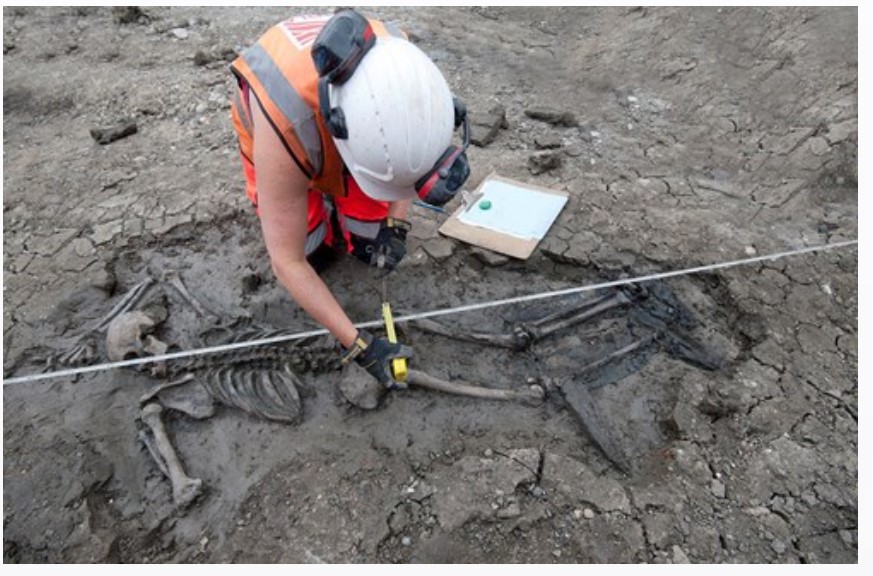 Archaeologists working on London’s super sewer have revealed some fascinating insights into the life of a man who likely worked on the River Thames hundreds of years ago, after finding his skeleton on the foreshore in 2018

Letter to a young archaeologist, January 2022

Dr Hannah Fluck for the CBA
Read the Full Letter: 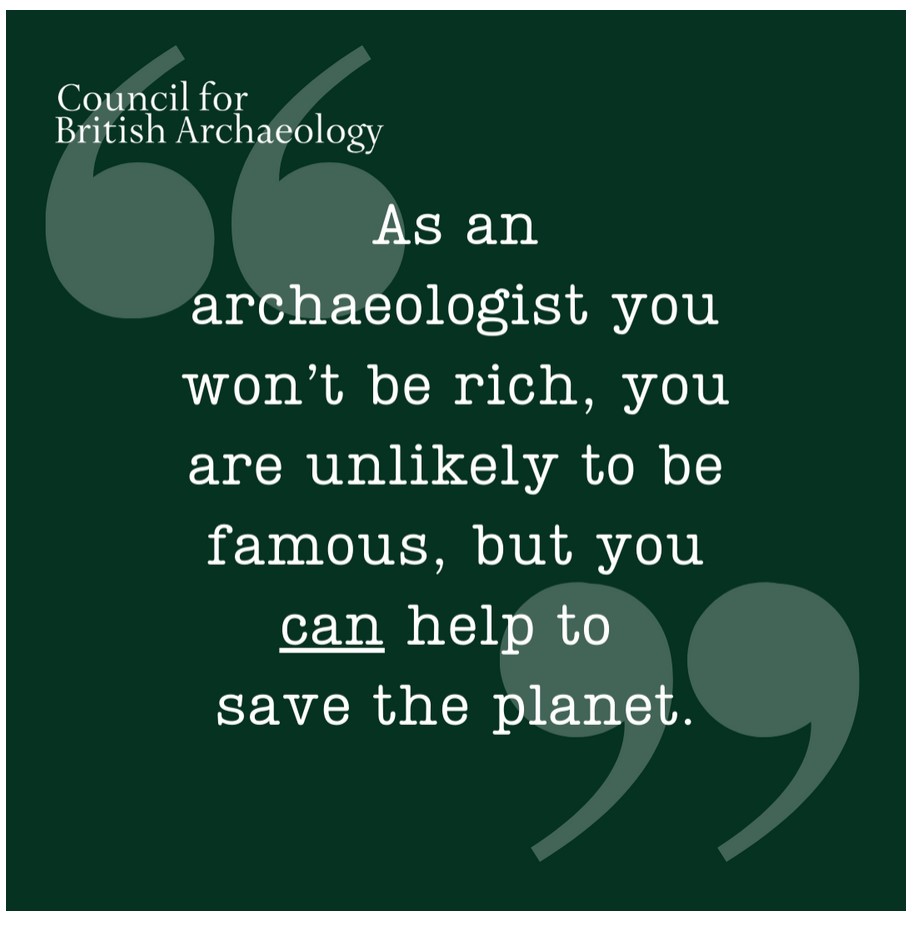