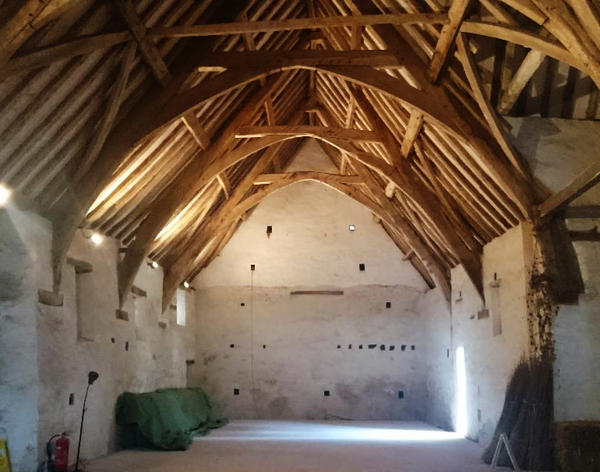 In April 2017 Wessex Archaeology was commissioned by West Waddy ADP on behalf of the Winterbourne Medieval Barn Trust to undertake archaeological investigations in the grounds surrounding the medieval Court Farm Tithe Barn.

Whilst no evidence for a moat was revealed, investigations found intact medieval soil horizons, with ditches both contemporary and later in date than the 13th-century barn, as well as 18th- and 19th-century stone drains.

For more information on this site, follow this link to the project page.