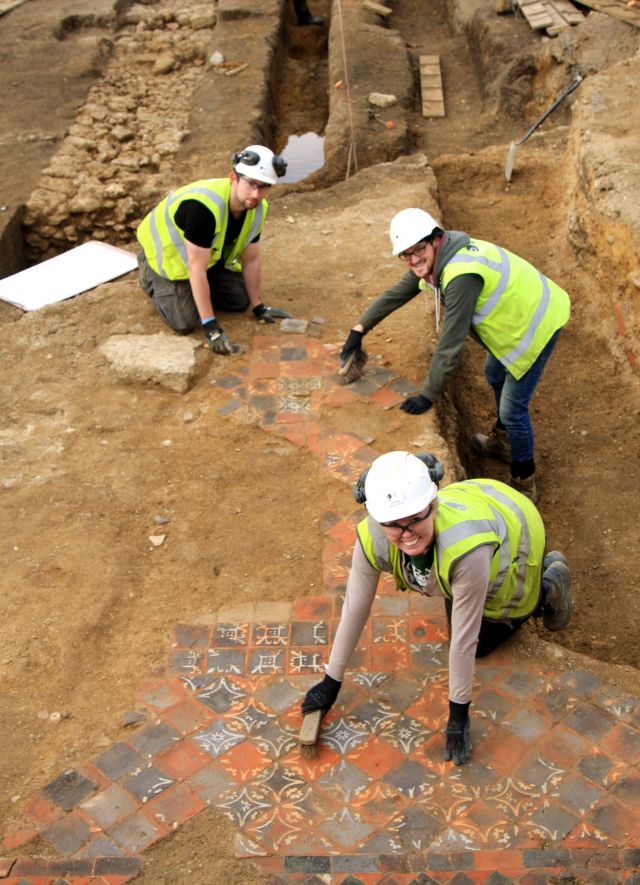 Oxford Archaeology’s Westgate Friary excavation has been shortlisted for Best Archaeological Project 2016 in this year’s British Archaeological Awards, which showcases the very latest discoveries and innovations in archaeology across the UK.

Since last year, OA has uncovered an impressive number of buildings relating to the medieval Greyfriars, which lay beneath the former multi-story carpark. The excavations proved extremely popular, with queues of people at the open days, and a recent exhibition at the Museum of Oxford, attracting a phenomenal 5,500 visitors in six weeks.

Ben Ford, project director at OA, said: “It is a huge honour to be shortlisted for the Best Archaeological Project for our work at the Westgate Oxford Project which has seen such enormous local interest, and great volunteer participation over the last year.”

The archaeology team has been working closely with Laing O’Rourke and the Oxford Westgate Alliance on what has been a complicated and tight programme. Neil Read, Project Director at Westgate Oxford Alliance, said, “The Westgate Oxford Alliance is very pleased to have worked closely with Oxford Archaeology over the last three years. We have been amazed at the extent and quality of the archaeology discovered throughout the investigation phase.”

Councillor Bob Price, Leader of Oxford City Council, added, “The City Council is delighted that Oxford Archaeology has been nominated for this top national award. I am particularly pleased that the redevelopment of Westgate Centre will not only give the city a fabulous new retail quarter, but will also leave a rich legacy of archaeological insights into the city’s long and very rich history.”

Although the majority of the work has been completed, OA is still on site and uncovering some wonderful archaeology, such as a beautiful 13th-century decorated tile pavement.

The results will be announced at the British Archaeological Awards ceremony at the British Museum in London on 11 July, compèred by ‘Meet the Ancestors‘ archaeologist and TV presenter Julian Richards.