Home Professional News Unexpected archaeology can be expensive for developers 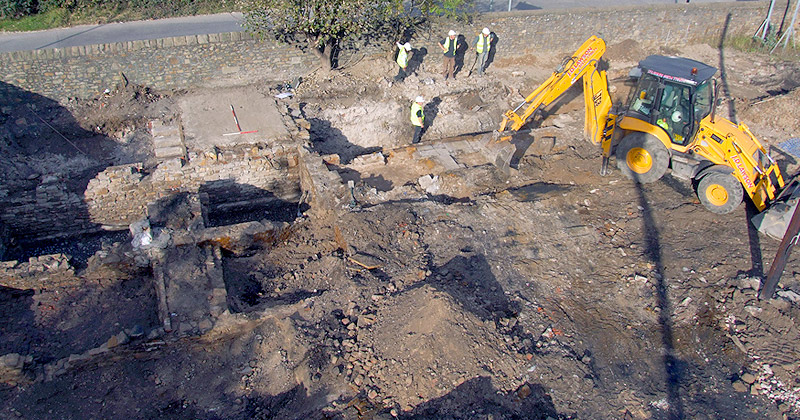 In my profession I have dealt with a number of clients who have come to archaeology/heritage late in the planning process and have as a consequence found themselves in an unexpectedly difficult position.

Why should this be? Well for a number of reasons….

They will have requirements regarding minimising or eliminating adverse impacts on both the building and its setting, particularly when Grade I and Grade II listed buildings are concerned.

Scheduled Monuments (SMs) which are also statutorily protected are another unwelcome presence within or next to a proposed development site. With this in mind it is worth remembering that there are a lot of SMs in the UK often in places you would never expect them to be.

Minimising the risk of a chance discovery

Unknown buried archaeological remains probably pose the greatest risk to development simply by virtue of the fact that they are invisible and indiscriminate – often appearing in places any amount of predictive analysis would never expect. There are however, ways of assessing the likelihood is of there being buried archaeological remains within a proposed development site – or within land that is to be purchased – at an early stage in the process.

The effectiveness of monitoring SI works

Combining both of the above methods to produce a Land Risk Assessment is a way for developers to manage any risks (and benefits) arising from archaeology and heritage and this in turn can help inform on land acquisition deals and on the design of masterplans.

The Power of Archaeology campaign – Fight back for our Heritage

BIM for Construction: Heritage and Ecology