The rules of Roman horse-racing: news of inscription in Turkey 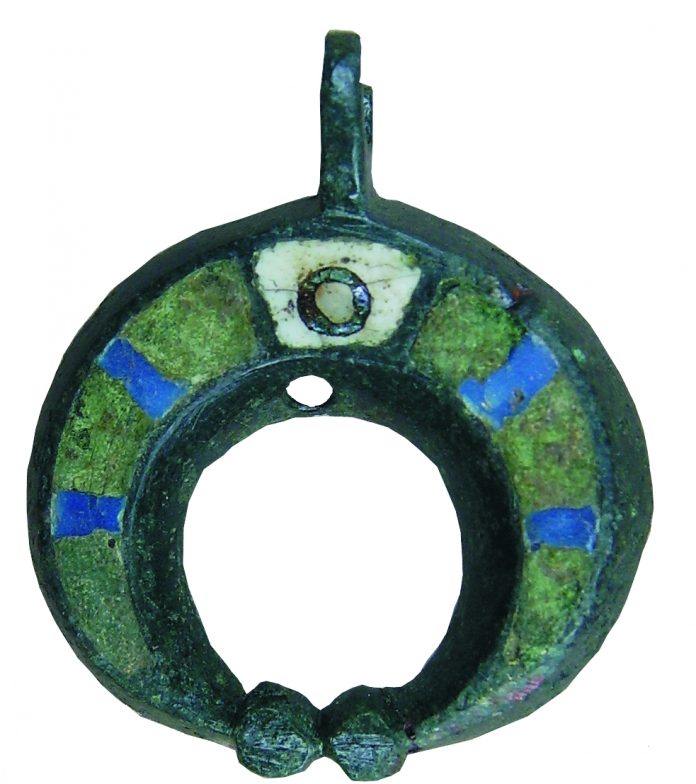 Earlier in the week (2nd May), a news item about an inscription in Turkey was posted online and then linked on Twitter. The news was then reported across the internet. The inscription has recently been deciphered, and it includes the first ever record of the rules of the sport of Roman rider/horse-racing. The inscription is in Greek but it is part of a stone memorial to a Roman horse-racing rider, Lukianus (?Lucianus), which includes an alcove and a great bas relief representation of what must be a race-horse. The memorial is associated with a hippodrome and it is near Fasıllar, in Beyşehir, in the province of Konya in central Turkey. The region (then called Pisidia) was within the Roman empire when the memorial was erected, apparently about 2,000 years ago. Read one of the news items – including some of the horse-racing rules – and see images of the memorial, at www.dailymail.co.uk/sciencetech/article-3570915/Ancient-tablet-reveals-rules-2-000-year-old-horse-racing.html .

Rider/horse-racing, chariot-racing and other events such as athletics, acrobatic displays or wild animal hunts were held on race-days at Roman circuses, presumably including Colchester’s Roman circus. The circus was built here at Colchester in the early 2nd century AD because it was an important town in the Roman province of Britain. There may have been other, informal racing arenas in Britain and perhaps another formal Roman circus at London. However, these venues would not have been enough to support permanent chariot-racing teams as in Rome itself (see Roman circuses: arenas for chariot-racing, by John Humphrey, 1986). Instead, there would have been a stud-farm or stud-farms near the venues where the circus horses, for rider/horse-racing and chariot-racing, would have been bred and trained. We think that some of the farms around Roman Colchester, such as the four farmsteads/villas represented by evidence which we have uncovered within the old Colchester garrison, could have been stud-farms for the Roman circus here. If more than one stud-farm was involved in providing horses for the Roman circus, then they might have raced against each other and used some of the colours of the famous chariot-racing teams in Rome, ie the Blue, Red, Green and White teams. We have identified evidence of two Roman fields near the site of the Roman circus and perhaps these were used as paddocks on race days or, perhaps, were elements of permanent stud-farms for the circus.

The Trust has recovered some evidence of Roman horses from sites which we have investigated over the past 15 or so years within Colchester’s old garrison, which includes the site of the Roman circus as well as our HQ and our Roman circus centre. This evidence includes parts of two horse-harnesses and equid remains (see CAT Report 412). The almost-complete, enamelled copper-alloy Roman horse-harness pendant is an important find. This may be a military artefact as it is similar to pendants used by auxiliary cavalry in the 2nd and 3rd centuries AD. However, it was found on the site of the Roman circus, which suggests that it may have been used on the harness of a horse in the ritual parades, races or other entertainments presented in the circus. Roman mosaics which depict circus horses drawing chariots show them each wearing a single small pendant on their chest. Our pendant lay at the very edge of the circus arena as though it had been torn off when a horse collided with the arena wall…

Equid bones were produced from 22 contexts on sites within the old garrison, and these all represent animals of mule or pony size. Most of the bones represent adult animals, although the remains of one newborn equid were found on one site, which suggests local horse-breeding. Four equid bones were recovered from a site adjacent to the site of the Roman circus, representing a pony-sized animal which was approximately 15 years old at death. The bones included equid teeth which showed evidence of physical stress, such as malnutrition or a period of severe weather, but which could also have been associated with racing. Nearly all the equid bones which we recovered from archaeological sites within the old garrison came from two sites adjacent to the site of the Roman circus. The small size of these equids – which we estimate to have been only 11 hands high – correlates with the known small size of horses used in circus races on the Continent *, and the Roman race-horse represented on the memorial in Turkey looks to be of a similar size. It is very interesting to see it, and wearing its harness, when we have found the horse-harness pendant and the remains of Roman horses which may have been circus horses, here in Colchester.

The Roman circus site, centre and cafe are open to visitors on Tuesday-Saturday, 10.00am-4.30pm. Admission is free. The circus site and centre are wheelchair-/pushchair-accesssible.

The image shows a photo. of the horse-harness pendant which we recovered from the site of the Colchester Roman circus: this is now on display in Colchester Castle Museum.

* In Colchester Archaeological Report 12: Animal bones from excavations in Colchester, 1971–85 (1993), the author concludes that Roman horses in Colchester were between 11 and 14 hands in height. Equid remains are not common on Romano-British sites in Britain. Horses were important and may have been given special treatment at death: there is only rare evidence of Romano-British horse butchery. Horses were used for sport; by the Roman army; and, in Roman Britain, they may have been used to draw light vehicles: horses also had religious significance and were associated with death and the Underworld. In Roman mythology, Neptune – the god of water and the sea – actually created the horse and was the god of horses.