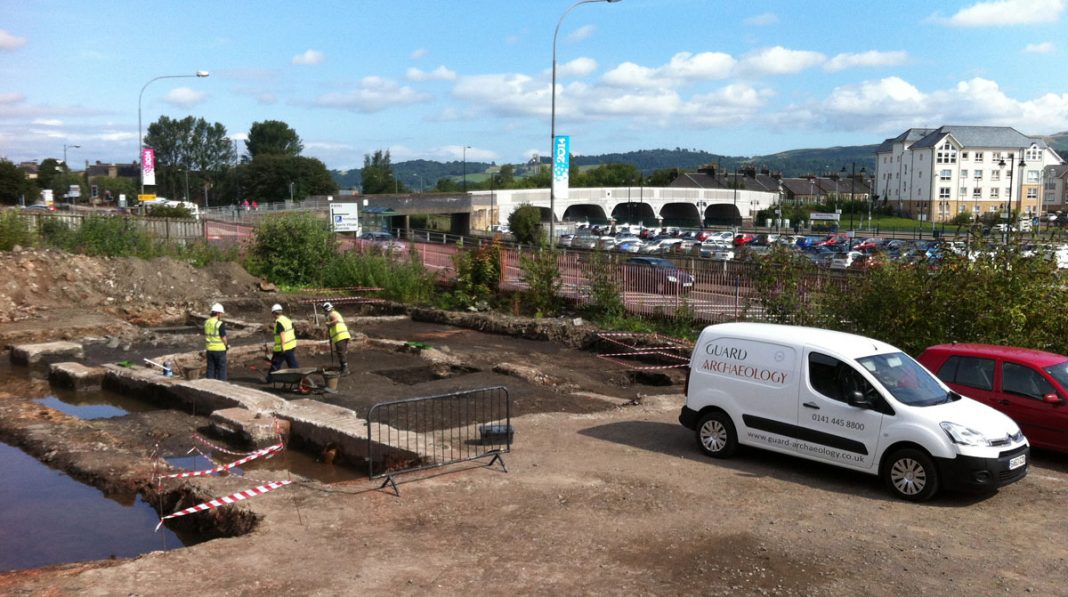 Skeletal remains of one individual, a large section of wall and a large assemblage of medieval material culture have been uncovered during the archaeological excavation of the site, which lies opposite Stirling Railway Station and is close to the site of a medieval friary.

Records show that the site provided the base for a Dominican friary founded around 1233 and destroyed during the Reformation in 1559. It is not certain as yet if the human remains date to the early centuries of the friary’s occupation or if this is a later post-Reformation insertion.

Stirling Council Archaeologist Murray Cook said: “This is an exciting and totally fascinating find. For Stirling this is the first time that a medieval site has been subject to modern excavation on this scale and this is real living history being brought into the light. It’s the reason people get into archaeology in the first place, and further down the line it would be great to share this story in more detail with the people of Stirling. After all this is their past.”

GUARD Archaeology were commissioned by Valad Development Management (UK) Ltd, on behalf of Stirling Development Agency, to investigate the medieval deposits in advance of development. Bob Will, who is leading the GUARD Archaeology team, states that this site, “provides a rare opportunity for a glimpse of Stirling’s medieval past with the remains of a substantial wall with buttresses, a large medieval ceramic assemblage, animal bone midden deposits, stone architectural details, and an accumulation of medieval garden soils spanning centuries, all associated with the nearby thirteenth century friary”.