Roaming Around A Roman Excavation 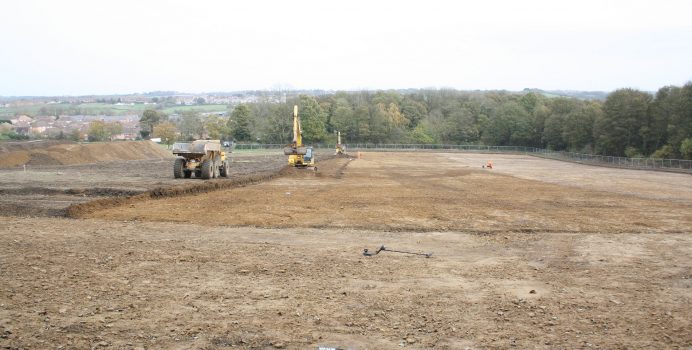 Located at Wingerworth, south of Chesterfield, investigations have uncovered a buried Roman landscape dating to the 2nd and 3rd centuries AD. Trent and Peak’s Team are hosting a free to attend, public open day on the 9th December, with the chance to see displays of the finds, take a tour of the site and even have the opportunity to take part in the excavations.

Laura Binns, Community Archaeologist for York Archaeological Trust says, “Visitors to the open day will see the remains of 1,700 year-old property boundaries, pens and working areas, as well as evidence of kilns used by the Romano- British inhabitants. The site tours will be led by Trent and Peak Archaeologists who will take you onto site, looking at a number of different features and explain what may have been going on in the Wingerworth area at this time.”

Laura continues, “However for those wanting to get their hands dirty, there will be the opportunity to take part in an actual excavation session. Running for one hour, participants will have a short site tour followed by a 40 minute dig focussed on a large 8 metre-wide Roman ditch.”

Digging equipment will be provided for those taking part in the excavations. However due to the nature of the site, sturdy footwear and waterproofs are a must and participation can be refused if footwear is deemed to be inappropriate.  Children must be over 10 years old and be accompanied by an adult.

Visitors are able to turn up on the day, however to ensure a space on the site tours and excavation sessions, it is recommended to book online at https://yat.digitickets.co.uk/tickets