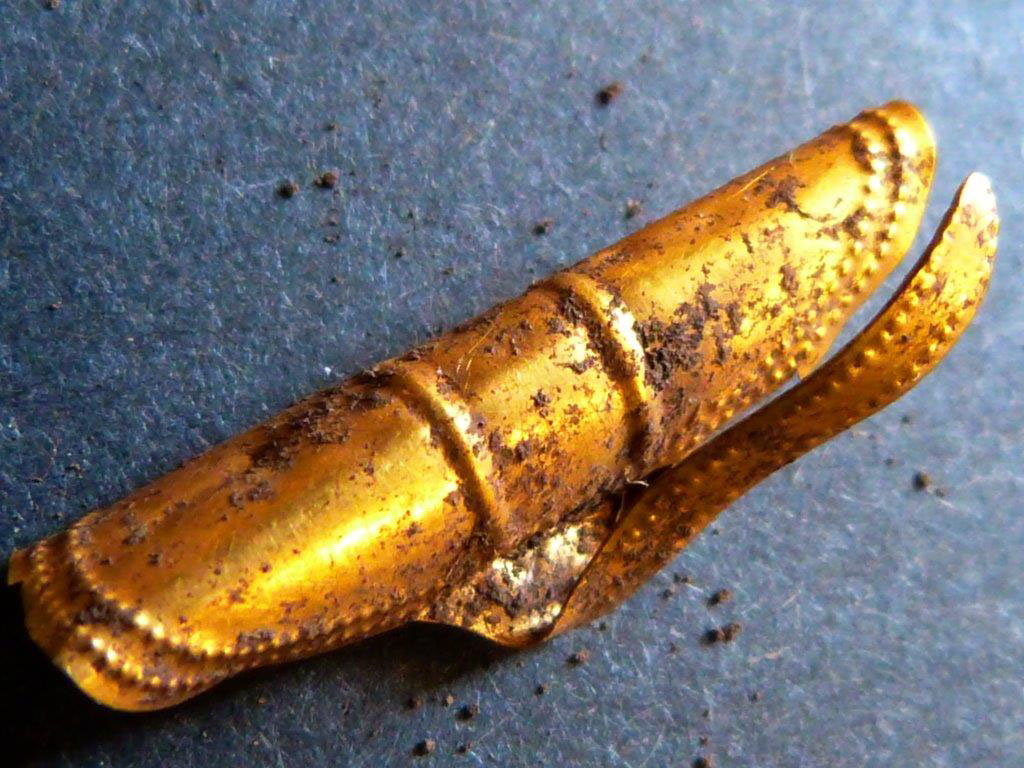 The boys, aged from 7 to 10, were on a local dig at Kirkhaugh, arranged by the North Pennines Area of Outstanding Natural Beauty (AONB) Partnership’s Altogether Archaeology project, when they saw a glint of gold which turned out to be a 4,300-year-old ornament, probably worn as a ‘hair tress’.

Seven-year-old Joseph Bell, one of the four boys to make the discovery, said: “We were digging carefully in the ground and I saw something shiny, it was gold. Me and Luca started dancing with joy. It was very exciting.” His friend, eight-year-old Luca Alderson, added: “When I first saw it I felt happy but I thought it was plastic. When I found out it was gold, I was very happy.”

The ornament is one of the earliest metal objects to be found in the UK and may have been worn by a first-generation metal worker who could have travelled to Britain from overseas.

The intricately decorated tress, which dates back to about 2,300 BC, during the Calcolithic, was found in a burial mound alongside three flint arrowheads and a jet button.

These tresses are very rare, with only ten finds have ever been made in Britain, and this one is the partner of a matching one discovered at Kirkhaugh during an excavation lead by Herbert Maryon in 1935. That dig also uncovered a ‘cushion stone’, a portable anvil used for working gold and raw copper.

In an unlikely turn of events, two of the young boys who found the treasure – brothers, Sebastian and Luca Alderson – are the great-great grandsons of Joseph William Alderson who was part of the 1935 team. 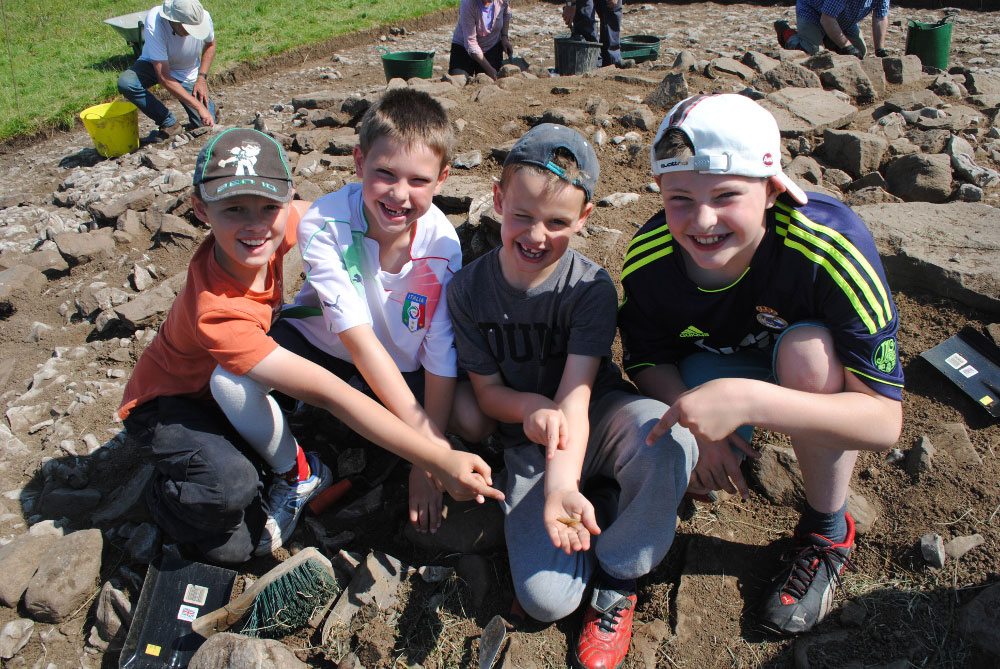 Paul Frodsham, who leads Altogether Archaeology project for the AONB Partnership, funded by the Heritage Lottery Fund, said: “All archaeological sites are important in their own way, but this is exceptional. It can be regarded as marking the very start of mineral exploitation in the North Pennines, leading in due course to Roman exploitation of lead and silver, and eventually to the vast post-medieval lead industry for which the region is internationally famous.”

The boys went along to the dig, which took place at Randalholme Farm at Kirkhaugh, after taking part in an Altogether Archaeology project called Dreaming the Land, while at school at Alston Primary. During the project, the boys learned about local archaeology, which inspired them to attend the community dig.

Paul, and a team of about 50 volunteers, spent nine days excavating the land under the watchful eye of Professor Andrew Fitzpatrick, assisted by professional archaeologists from the Archaeological Practice, Newcastle upon Tyne. Andrew led a famous dig near Stonehenge which unearthed the remains of the man now known as The Amesbury Archer. The Amesbury Archer and Kirkhaugh both have gold ornaments and cushion stones, and are currently the only known examples of early metalworkers’ graves in Britain.

First glint of Metal in Britain

Andrew said: “The tress rings discovered at Kirkhaugh (which measure 33mm) are examples of the very first gold objects found in Britain. The oldest dated examples, found with the Amesbury Archer, are almost 4,500 years old. These tress rings have only been found at 10 sites in Britain so they must have been precious items. The person buried at Kirkhaugh was clearly of very high status.”

Both Andrew and Paul had hoped to recover bones and teeth from the Kirkhaugh grave, which could have given information about the burial, but time and soil conditions meant none have survived.

Paul observed: “When the metal worker arrived in the area I’m sure he’ll have been seen as someone very exotic and special because the chances are that no one here will have ever seen a metal object until he showed up. We can only assume he was buried here, alone, because he was a long way from home and died unexpectedly.”

Andrew added: “I don’t think that it is a coincidence that the grave it is on the edge of the Alston ore field. I think the man buried at Kirkhaugh was part of a small group that was prospecting for copper over 4,000 years ago.”

Through analysis of his teeth, it was revealed the Amesbury Archer spent much of his childhood in the Alps, before travelling to Stonehenge where he died and so it is intriguing to consider if continental metal workers travelled to the North Pennines in search of precious metals.

We will never know for sure why this man was buried at Kirkhaugh, who he was, or where he came from, but he has certainly left a fascinating legacy for us to contemplate. the new found ornament will eventually find its way to the Great North Museum in Newcastle, where it can be reunited with its long-lost partner from the 1935 dig.