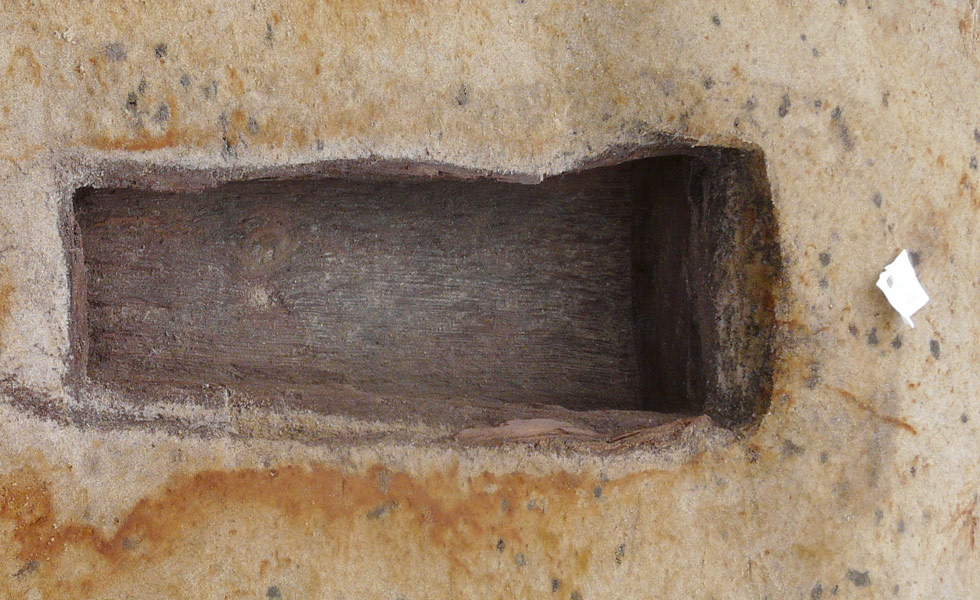 A further nine skeletons have been unearthed during an ongoing archaeological investigation by Wardell Armstrong Archaeology at St Mary’s school, Leith in Edinburgh.

The investigation began after trial trenching revealed human remains. The evaluation was conducted to inform the client Edinburgh City Council of the archaeological potential of the site prior to the building of new classroom facilities.

Photograph above: an adult burial showing the poor preservation of the skeleton.

This more extensive investigation is beginning to reveal some interesting detail.

The burials are not all aligned east to west and the different alignments may suggest that religious observance was not considered important outside of a consecrated burial ground.

The lack so far of intercutting burials indicates that the graves were marked or perhaps the graves were visible because they were mounded and burial took place over a short time frame.

“The site offers a snapshot of a tragic period in Leith’s history. The excavation will reveal much about people’s attitudes towards each other during a crisis event.”
Frank Giecco, Technical Director.

A 3D model of the infant’s grave (shown below) has been saved as a  3.5 MB pdf document, which can be downloaded here.

Instructions
When you have downloaded the document called “Wardell Armstrong Archaeology – infants grave in Edinburgh”, please carry out the following steps in order to view the 3D view of the grave.

The remains of a coffin for an infant

The sensitive issue of human remains

“The site is a burial ground and due regard must be given to the sensitive issue of excavating human remains. All the burials are treated with the utmost respect. Nevertheless, it is hoped to use the excavation in helping explain Leith’s past to the pupils at St Mary’s school and especially how their ancestors dealt with disease and death” said Dr Richard Newman, Project Manager.

Bringing the sunken secrets of WWII to the surface