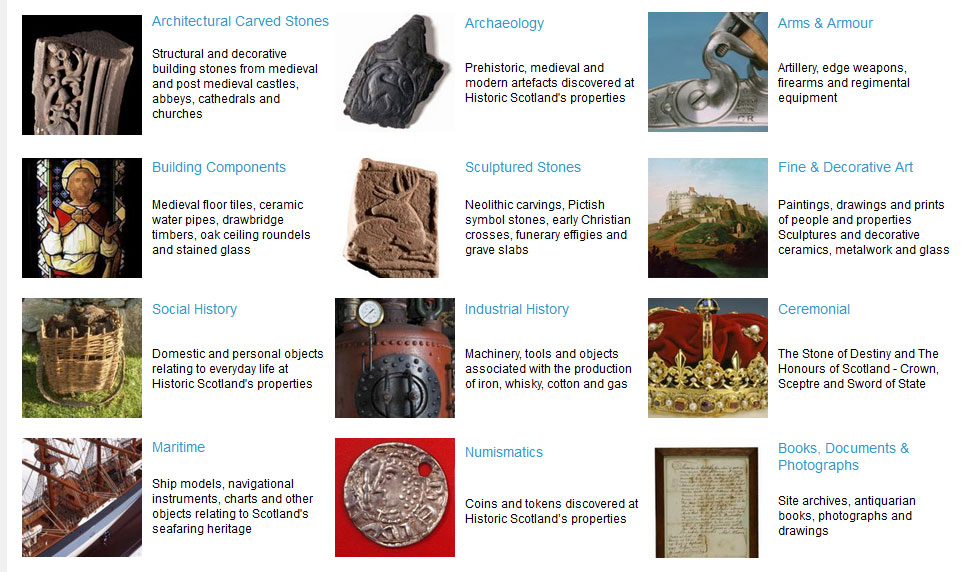 Historic Scotland has launched an online gallery of 400 objects, organised so that visitors can easily search by theme, date, type or property where it is housed.

More than 35,000 objects housed in over 160 properties in Scotland are in the safekeeping of Historic Scotland. This is the first time many of the objects can be viewed outside of their host properties. So the hidden gems contained in Innerpeffray Chapel near Auchterarder, Arbroath Abbey or Edinburgh Castle can be viewed from a computer or smart phone in Stornoway, Motherwell or Castle Douglas. The gallery is also an opportunity to view items from the Historic Scotland archive that are not currently on public display.

From the Honours of Scotland through to a model ship built by French prisoners at Edinburgh Castle in the late 1700s, to Neolithic paint pots from Orkney, the online gallery features some of Scotland’s most diverse and significant historical objects. 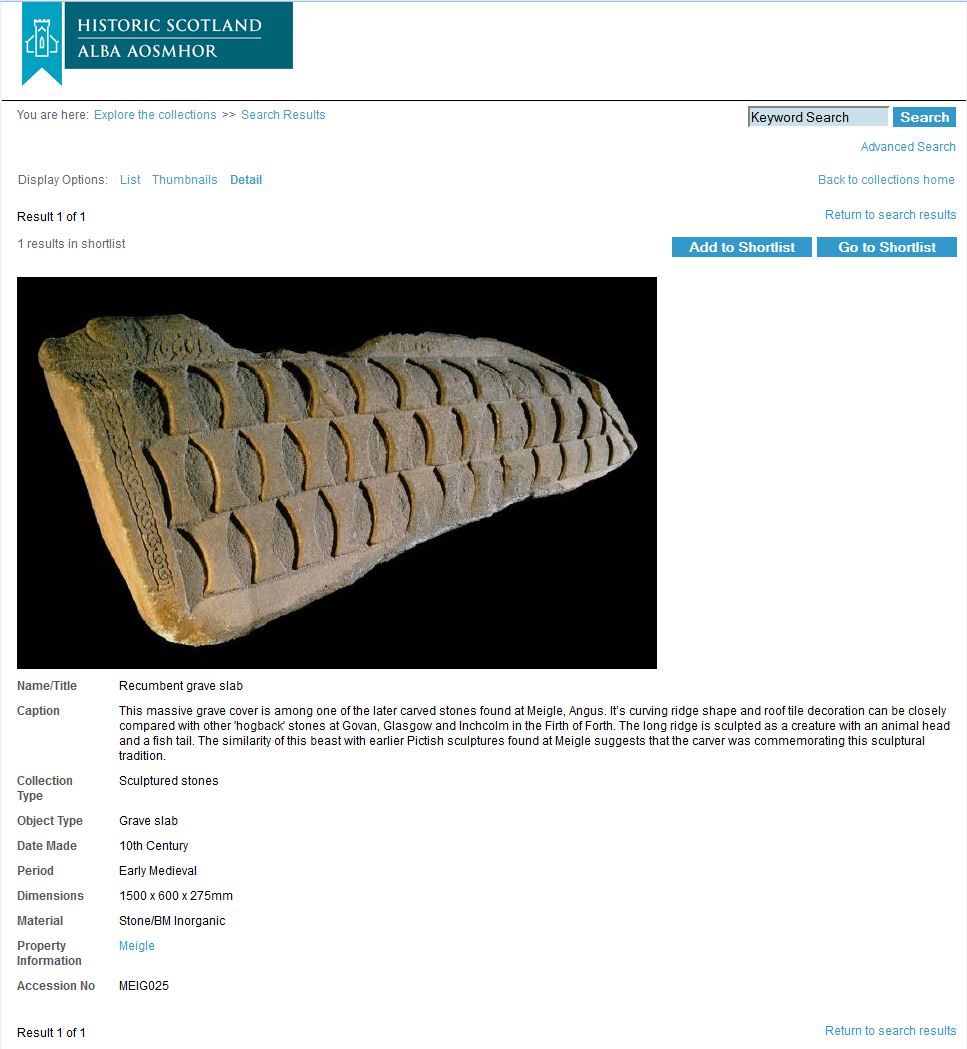 Richard Welander, Head of Collections at Historic Scotland said: “This gallery will bring Scotland’s history to people in their own homes.

“From the Stone of Destiny to cannonballs and medieval eel spears, Historic Scotland’s online object collection is full of fascinating items, some of which are thousands of years old.

“The objects we’ve chosen are a highly eclectic mix, from prehistoric bone necklaces to twentieth century cotton machinery, to give people an insight into the diversity of objects in our care.

“The gallery provides an opportunity for people to find out more about hidden gems at our sites in advance of visiting, as well as giving anyone with an interest in Scottish history the opportunity to explore this fascinating collection.”

Some of the highlights are:

The object collection can be explored online at: http://collections.historic-scotland.gov.uk

Evidence of medieval church and burials at Leyburn