The find – an impressive section of mammoth tusk – was reported in 2006 through the Marine Aggregate Industry Protocol, which provides a safety net for any archaeological discoveries made during aggregate dredging work offshore.

Mick Hayward found the tusk at Purfleet Wharf in Essex after it toppled from the conveyor that would take it to the crusher (used to reduce oversize material) and absolutely certain oblivion! It comes from Mammuthus primigenius, which is more commonly known as the woolly mammoth. 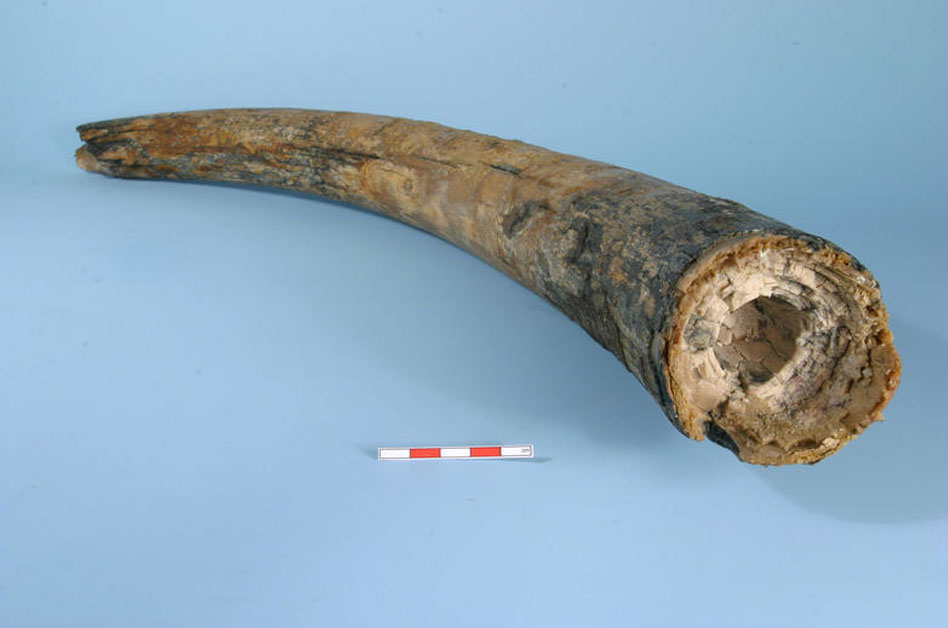 Historic England, which in 2006 was called English Heritage, funded radiocarbon dating which revealed that this tusk is around 45,000 years old. This particular mammoth lived during a period in which Britain was home to Neanderthals, not modern man.
The tusk is going on display at the Head Office of the finders, Hanson Aggregates Marine Ltd. along with other finds reported through the Protocol.
By Gemma Ingason – Archaeologist Coastal & Marine