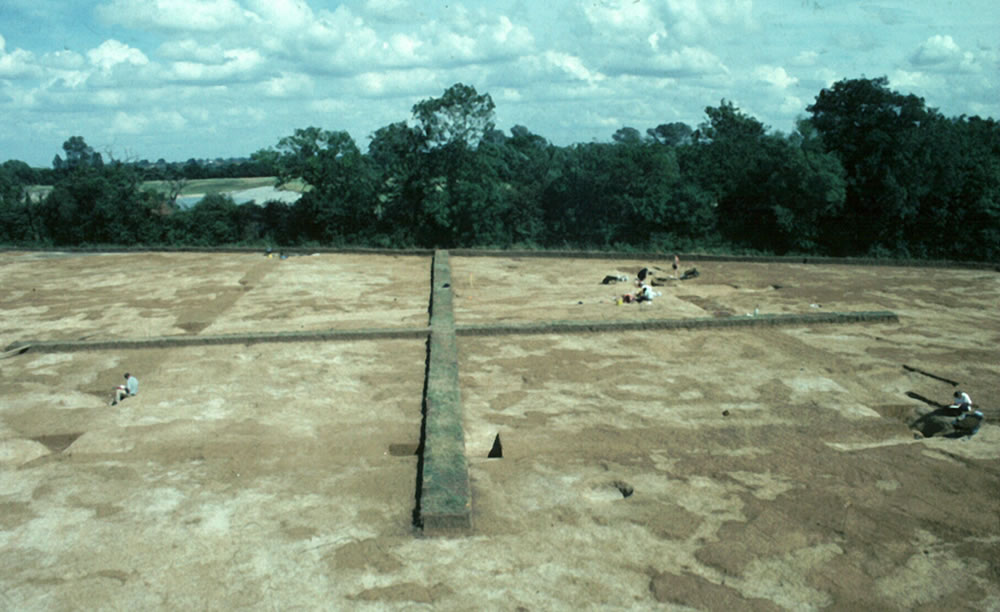 Oxford Archaeology are delighted to announce the publication of the final monograph detailing Yarnton Neolithic and Bronze Age settlement and landscape, by Gill Hey, Christopher Bell, Caroline Dennis and Mark Robinson. This major Upper Thames Valley landscape study traces the remains of settlement from the timber hall of the first farmers in c 3800 cal BC to the introduction of iron working in the first millennium.

The volume is the final monograph of three that report on the results of Oxford Archaeology’s excavations between 1989 and 1998 in advance of gravel extraction in the parishes of Yarnton and Cassington. Volumes on the Iron Age and Roman archaeology and the Saxon and medieval archaeology have already been published. (Project website here: http://thehumanjourney.net/html_pages/microsites/yarnton/pages/images.htm )

The latest volume examines the rich prehistoric landscape unexpectedly revealed during the excavations. The study examines a 2500-year settlement history and its changing landscape context on the gravel islands, silted up river channels and adjacent gravel terrace.

The earliest evidence for more than transient occupation was the construction of a substantial, rectangular post-built house at the beginning of the Neolithic (c 3800 cal BC). Traces of midden activity, pit digging and cremation burial were also found, as well as a small, circular early Neolithic house dated to c 3600 cal BC.

The monograph charts the changing character of settlement through a period of frequent but short-lived occupation events in the middle and late Neolithic and the early Bronze Age, a time when ceremonial monuments were constructed and burials were made, to more permanent settlement in the early to middle Bronze Age.

The volume combines and compares a suite of evidence related to house construction, burial practices, pit digging, craft activity, farming strategies, and interaction and exchange with nearby and distant communities.

The book, along with its companion volumes, can be purchased from Oxbow Books.