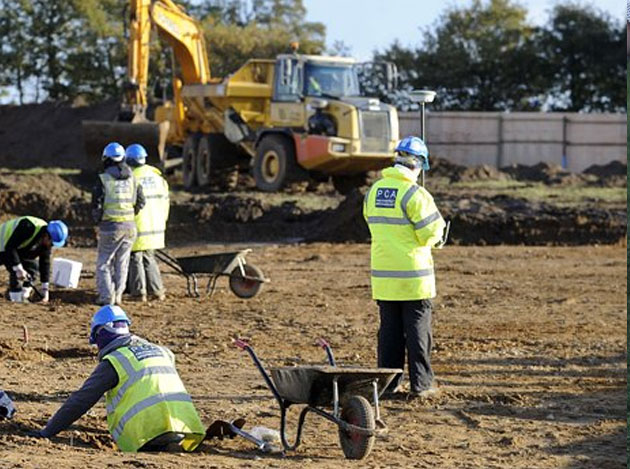 An archaeological dig on the site of a former World War Two airfield in Suffolk has revealed evidence of Bronze Age burial chambers.

The site, on the outskirts of Ipswich, is being excavated in readiness for a new care home due to open in 2015.

Fragments of pottery and urns indicated the site was “very close to a burial mound”, archaeologists said.

Mark Hinman from Pre-Construct Archaeology said: “This is very much preservation by record, we record it so people can get on and build.