Most of the dead were men of the South African Native Labour Corps on their way to France to support Allied troops on the Western Front.

The loss was quickly forgotten in war weary Britain and suppressed in South Africa during white rule. Nearly 100 years later, the sacrifice made by the men on board has emerged to become a South African icon of equality, hope and reconciliation.

On Wednesday 10 December 2014, Coastal & Marine’s Graham Scott will be telling the story of the Mendi, and explaining how the archaeology of the wreck is now being used by the South African National War Memorial to honour and tell the story of the men on board.

Most of the black members of the South African Native Labour Corps (SANLC) aboard had no experience of the sea, many probably not even having seen it before they embarked on the Mendi in Cape Town less than 6 weeks before. As a consequence very few could swim. What the men must have felt when it dawned on them that the ship that had protected them from the sea for weeks was doomed, and dying, and that they had no option but to leap into the water is impossible to imagine. Most had been asleep below decks when the collision occurred, and had had to fight their way up onto the deck as water rushed into the holds behind them. How many died, trapped in the holds is unknown.

Many refused to leave the vessel, and the story goes that the confused and fearful men were rallied on deck by their chaplain, the Reverend Isaac Dyobha, who called on them to stand together as Africans and die like brothers.

The talk starts at 17.30 at the Centre for Maritime Archaeology, Building 65 B, Avenue Campus, Southampton University (SO17 1BF), and all are welcome. 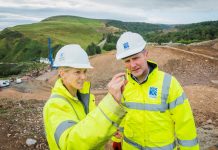 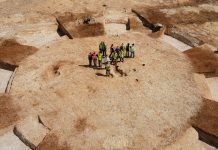