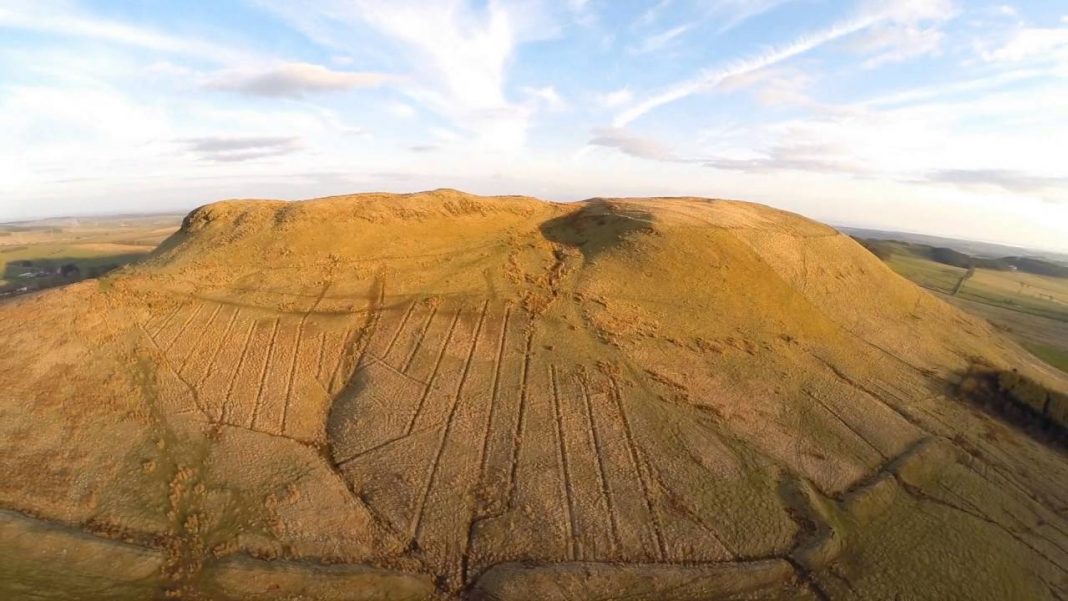 Dr John Reid, Chairman of the Trimontium Trust, reveals the results of the first detailed survey of a Roman battlefield in Britain in Current Archaeology issue 316 – for more information, see www.archaeology.co.uk/burnswark

This configuration of Roman camps straddling a hillfort is unique in Britain, and the article attempts to understand its significance. THis site has provoked considerable controversy for over half a century – was it a training camp for Roman soldiers to practice storming fortified positions OR an actual assault on a defended British site such as the one witnessed at Maiden Castle in England.

In addition, Burnswark is witness to a greater number and variety of Roman projectiles on a native site than anywhere else in Britain. Among these missiles was a new type of slingshot bullet, that has been recognised for the first time at Burnswark.

Although slingshot bullets are nearly silent in flight, it was discovered that some of the projectiles had been cast with a small 5mm cavity in one side. Experiments demonstrated that this emitted an agitated buzzing noise while the bullets were in flight.

To hear what these bullets sounded like, visit www.archaeology.co.uk/burnswark and scroll to the bottom of the article.

Leir of Leicester: The archaeology behind the legend