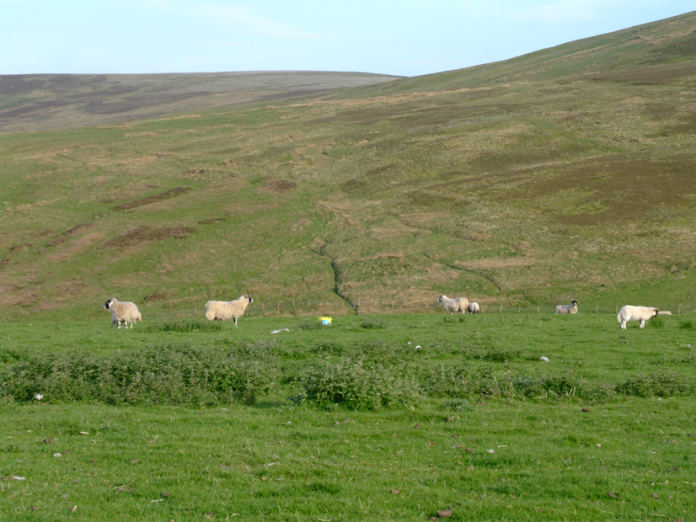 March 2020. As schools closed, flights stopped, shops moved online and the UK went into that strange hibernation that was the coronavirus lockdown, it seemed like archaeology in Britain would similarly grind to a halt. Professionals across the heritage, education and commercial archaeology sectors were furloughed, without any clear idea when (or even if) they would be able to return to work. For an industry built largely on the passion and dedication of its employees, this was for many, a bitter pill to swallow. Thankfully though, salvation was at hand, in the form of Archaeology on Furlough.

Advertised through social media, Archaeology on Furlough provided a series of online volunteer projects which could be completed, over the course of a few weeks, by small teams of archaeologists, working purely from home, using only the materials they might reasonably be expected to have on their home computers. The aim was to lift spirits, raise morale and ultimately equip participants with additional experience to support future job applications. Any professionals who were interested could submit their details on the website, including an outline of their interests/expertise. They would then be matched with a project (and some new team mates), whereupon they could begin their investigations.

Ranging from Saxon Buildings and Prehistoric Henges, to Roman Coal Mining and the Extinction of Aurochs, the projects (virtually) transported members across the UK and through centuries of history. After dusting off their kilts and donning their finest tartan, Group 7 headed for the hills, ready to explore the woolly world of sheep farming in the Lammermuirs.

Sheep farming in the Lammermuirs has a long history, likely dating back to at least the later prehistoric period. As a result, it has had a profound impact upon the culture, economy and above all, the landscape of this part of South East Scotland. Group 7 would be focusing on these changes to the area’s landscape, by searching for and recording the locations of structures connected to the sheep farming industry.

But how could this data be collected? During a time in which Britons were limited to one hour-long walk per day (which had to both start and end at one’s own front door), how would it be possible for a team based throughout the UK to conduct this type of archaeological field survey? The answer was, of course, technology.

Once the team had got to grips with the basics of Zoom video calling, we decided to use Google Earth to identify possible sites, with each person being given their own section, or “grid square” within the search area. We were then able to cross reference images of these potential sites (as they weren’t always particularly clear!) with other publicly available sources of aerial photography, including Bing and Apple Maps. Modern and historical OS maps, which are available for free on the National Library of Scotland’s website, were also invaluable tools for cross referencing and identifying sites, while some team members were even able to use their skills to analyse the Scottish Government’s LiDAR dataset to discover sites that were not visible to the naked eye.

In total, the team was able to identify 860 sites, once errors and duplicates had been removed. We recorded their locations, along with their size, physical description, nearby features and any other significant details, using GIS technology to plot each point on the map. We were then able to analyse this information, leading to some surprising (along with some not so surprising) discoveries.

Firstly, and unsurprisingly, the most common types of structure were turf- and stone-walled circular sheepfolds, with 289 examples found. These structures are essentially circular-shaped pens in which sheep can be held and were found throughout the search area. Interestingly, further research by one of our team members indicated that many of them were constructed on top of medieval rig and furrow farming. This means that they are likely to be post-medieval in date, although some still appear to be in use (if you’re wondering, one of the most exciting parts of the project was finding a sheep actually inside one of your potential structures).

The other sites that we recorded included sheep stells (curved or straight walls in a variety of configurations against which sheep could shelter in inclement weather), sheep houses (where sheep could be kept inside), and sheep dips or washes. Generic animal enclosures, as well as several modern and historical farmsteads were also found. Some of these features were found throughout the search area, while others appeared in particular clusters or groups.

Topographic analysis showed that the majority of sheepfolds identified were situated less than 100m above sea level, with none found above 122m. This suggests that, despite their hardy reputation, neither the sheep nor the farmers of the Lammermuirs were particularly keen on braving the harsh conditions that can often be found on the tops of the hills. Since heavy winter snowfalls often rendered these areas inaccessible however, this is not particularly unexpected.

One of the most interesting outcomes of the project was the research that one of our team members conducted into the area’s place names. This research showed that the names of several sites had a direct link to their sheep farming history. This included Ewelairs Hill (meaning a place which “afforded good pasture for sheep”), and Wedder Law, Wedderlie and Wether Law, which all found their origins in the Old English word for ram, weðer. There were also many places which included the word “fold” in their name, for example Stonefold and Hurdlaw Folds. In addition to shedding light on the activities that occurred in these places throughout their history, this is also an excellent example of the cultural impact that sheep farming still has on the area today.

Finally, one of the most surprising (and potentially exciting) outcomes of the research was a discovery which was arguably not related to sheep farming at all. What was it? A potentially unrecorded hillfort. This hasn’t been confirmed as yet, but the team would love to explore this further in future, now that physical archaeology has started to resume. Perhaps the team could have an excavation/staycation in the area next summer!?

Overall, the team really enjoyed completing the project and are proud to have been able to contribute to the history of sheep farming in the Lammermuir hills. In addition to enabling us to use our skills (and our brains) in a meaningful way while on furlough, the project also had one other major benefit: we were able to connect with a wonderful group of people (or maybe sheeple?) from across the country, whom we otherwise may never have met. In other words, the project was a perfect way to stay sane (and safe) during lockdown.

If you want to read about the results of our project in more detail, as well as others completed by Archaeology on Furlough volunteers, project reports are available at: https://www.archaeology-on-furlough.com/