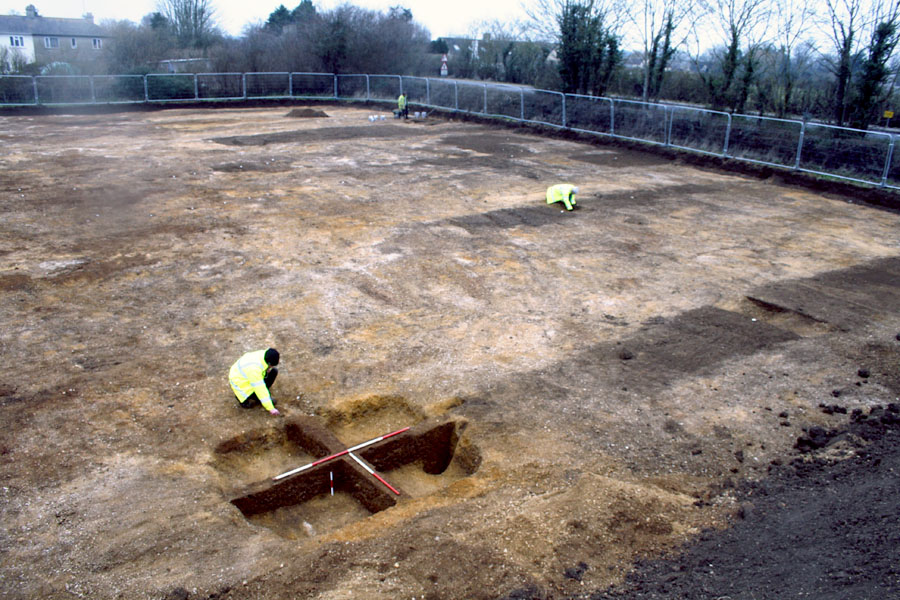 Archaeologists from TVAS have been excavating land along Top Road in Kempsford, Gloucestershire ahead of a housing development. Guided by the findings of evaluation trenches, an open area excavation revealed a significant number of archaeological features and a long history of site use spanning the Iron Age to the post-Medieval period. These include post-Medieval ridge and furrow, Saxon sunken-featured buildings (SFBs), Late Roman burials and a series of large Iron Age boundary ditches (some approaching two metres in depth). The latter contained a range of artefacts including a worked antler pressure flaker, a bone comb and a number of loom weights. 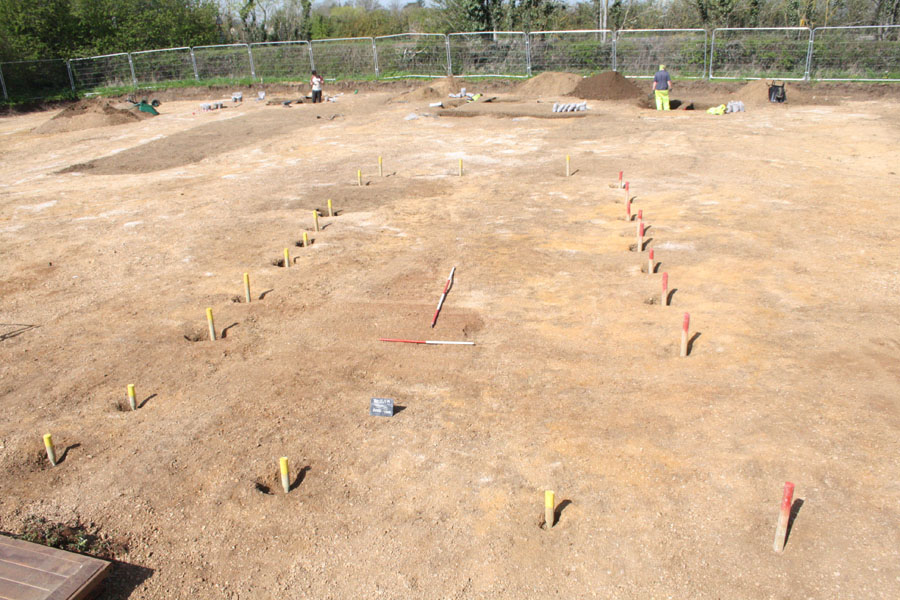 A series of graves from the 4th century AD (Late Roman) were discovered in the southern half of the site. The graves were dated primarily from what grave goods were present, two 4th century coins being of particular relevance. The age of the individuals ranged from just 2 – 3 years old through to adults in relative old age. Although the burials contained relatively few grave goods, one notably contained two clusters of hobnails next to the individual’s legs, still retaining the shape of the shoes they once belonged to. Three separate graves contained mature to elderly women, all suffering from abnormal curvature to their lower spines, likely as a result of a long life of hard work.

Undoubtedly the most exciting of these graves contains a male skeleton displaying tell-tale signs of gigantism. The grave itself is nearly eight feet long, and in life the young man buried within would have stood just shy of six feet tall. Uniquely of the burials at Top Road, he was buried face down. Normally this burial position has negative connotations, but based on the position of in situ coffin nails it seems that the whole coffin was buried the wrong way up, possibly completely accidentally!
Source: Thames Valley Archaeological Services

Geophysical survey of the London shipwreck