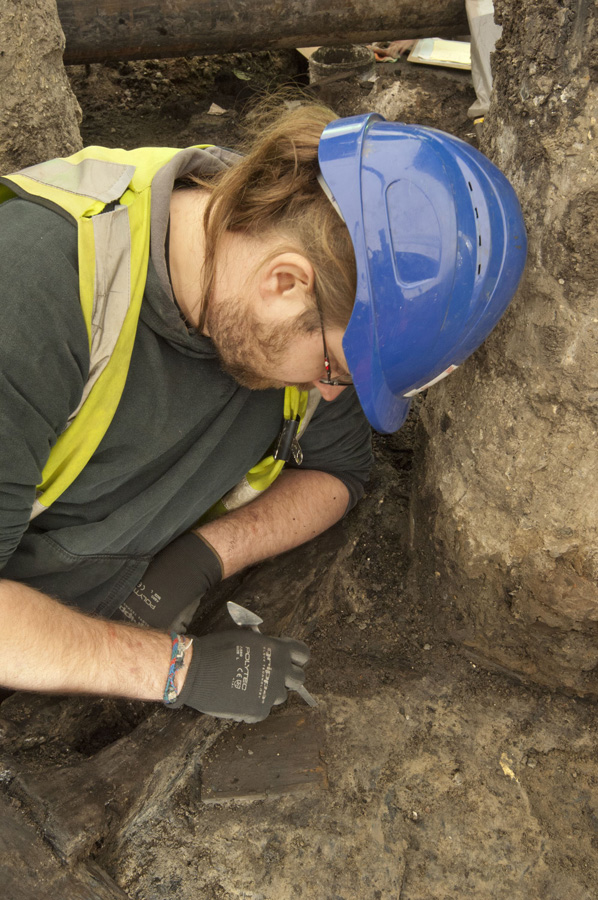 MOLA (Museum of London Archaeology) have just published research into Britain’s largest and earliest collection of Roman waxed writing tablets. The collection, which boasts the first hand-written document known from Britain, was discovered during archaeological excavations for Bloomberg’s new European headquarters, in London.

Across the Roman Empire, individuals used waxed writing tablets like notepaper, for  accounts, correspondence and for drafting legal documents. Previously only 19 legible tablets were known from London.

Of the 405 from Bloomberg, over 80 have been deciphered, more than quadrupling that number and providing an incredibly rare and personal insight into the first decades of Roman rule in Britain In the words of the people who lived, worked, traded with and administered Roman London, the Bloomberg tablets reveal the names, events, workings and organisation of the new city. One tablet features the earliest ever reference to London, preceding Tacitus’ citing of London in his Annals by 50 years.

Michael Bloomberg, Founder of Bloomberg LP and Bloomberg Philanthropies, said: “As steward of this ancient site and artefacts, Bloomberg has embraced the City of London’s rich heritage. And as a company that is centered on communications – of data, information, news, and analysis – we are thrilled that Bloomberg has been at the core of a project that has provided so much new information about London’s first half-century.”

Highlights from the Bloomberg writing tablet collection include:

The full research is published in, Roman London’s first voices: writing tablets from the Bloomberg excavations, 2010–14, available at mola.org.uk/publications priced £32.

Prehistoric community at Larkhill, Wiltshire may have been architects of Stonehenge...