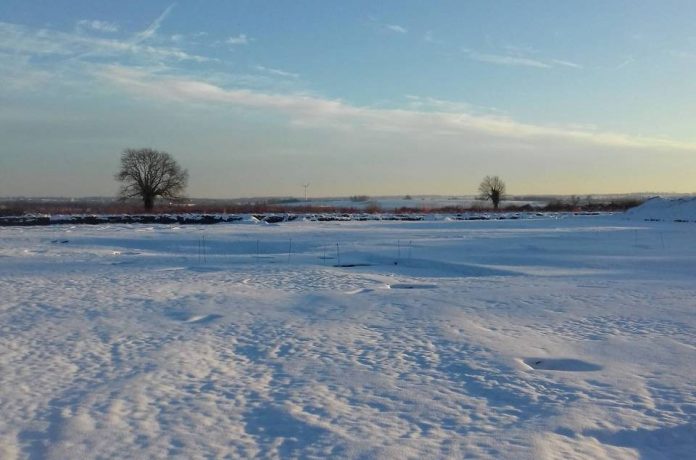 As the year drew to an end, ULAS had time to reflect on a very busy 2017, and some of the discoveries made across the Midlands by their archaeologists. Work in the first half of the year was dominated by large urban excavations in Leicester – at Highcross Street and over the road at the Stibbe site. Both projects received extensive press coverage, and the Stibbe site has been nominated for ‘Rescue Project of the Year’ in this year’s Current Archaeology awards (vote at www.archaeology.co.uk/vote).

Urban work has not finished, however, and not too far from the Stibbe site, we have started two new projects. A large evaluation along the waterside to the north has produced intramural and extramural evidence including Roman building remains inside the town and early Roman plot boundaries and burials outside the walls. We have also been excavating at the northern end of Bath Lane, to the west of Stibbe, where more Roman building remains have been found, as well as medieval burial evidence, drains and boundary features perhaps relating to the Blackfriars. One area of the site also contains one of the best sequences of the town defences to be revealed to date.

Elsewhere, in rural settings they have been busy in several long-running quarries and there has been an increase in projects within medieval villages. At Brooksby, some exciting finds from deposits relating to the now lost River Bytham (one of the great rivers of Britain until it was destroyed by the advancing ice sheet of the Anglian Glaciation around 450,000 year ago) have included a large molar from a straight-tusked elephant which frequented these parts some 500,000 years ago, and a pick-like artefact made of quartzite. At Mountsorrel, a Lower Palaeolithic Acheulian Handaxe made of volcanic stone has been found.

Another unique discovery, of late Roman date, came from Tugby where excavation of a late 3rd or 4th century enclosure ditch produced a remarkable 3rd-century Roman military baldric terminal plate which would have been attached to the end of a wide leather strap from which a sword scabbard was suspended. The openwork design incorporates a stylised ‘native’ Briton or ‘Celtic’ head with pudding bowl haircut and lentoid eyes. The grooved hinge loops at one end would have held a pendant. Only a handful of similar examples are known from Britain and this is the first from the county.

At Cadeby, work has revealed a busy area of archaeology with multiple phases represented. The earliest feature is a large ploughed-out Bronze Age round barrow, represented by a substantial ring-ditch approximately 30m in diameter. At least one cremation is associated with the contemporary use of the monument but it also appears to have been used as a landmark for later boundaries, as a pit alignment and several ditches converge on it. In other areas three Roman kilns have been found, one of which is particularly well-preserved with an in-situ perforated floor-plate, along with a general scatter of Roman ditches possibly relating to field boundaries.

Outside the county, work at Isham in Northamptonshire has recorded well-preserved Iron Age activity, including sub-rectangular enclosures, roundhouses and a couple of crouched burials, whilst a large area of pitting may be evidence of ironstone extraction for metalworking. Later use of the site included a large Anglo-Saxon sunken-featured building.

In Coventry, we have uncovered an extensive section of medieval city wall north-east of the city centre, whilst work at the Greyfriars site has recorded some of the chancel of the Franciscan friary church.

This year, we have also had several opportunities to investigate large areas within medieval village cores, which has led to some interesting results about the early life of the settlements. Excavation at Lubenham, on the outskirts of Market Harborough, revealed possible house platforms and a number of drainage ditches forming east-west aligned tenement plots. A medieval building and associated pits were also found beneath the remains of an 18th century workhouse cottage.

An excavation in the settlement core of Crick in Northamptonshire contained a series of ditches running broadly north-south, with an associated metalled track, probably representing a continuation of the ancient Bucknills Lane to the south, which led out of the village to the nearby open fields. Another sizeable ditch, on an east-west alignment, probably defined the rear of properties fronting onto the nearby street. The base of a substantial wall set into the upper ditch fills may present a rear burgage wall. Several lesser masonry structures, possibly cess pits, were tacked onto the inner face of the wall.

Projects further afield have taken members of the team to Caerwent in south Wales, and Akrotiri in Cyprus to excavate Roman remains, whilst Richard III still attracts attention, with trips to America and Ireland to talk about the discovery. The unique Glenfield Iron Age Cauldrons, originally found in 2013, have also been publicised and feature in the January/February issue of British Archaeology – out now!

This year has also been busy with community engagement, with ULAS staff involved in a wide range of activities including excavation open days and history fairs, guided walks and talks, and supervision of community excavations. Many of these events were part of this year’s Festival of Archaeology in July and together, they attracted a total attendance of over 2,500 people; whilst more than 5,000 people visited open days at the Stibbe excavation.

Elsewhere, in July the first season of test-pit excavation at Market Bosworth engaged over 200 volunteers and students from the local community digging 25 test-pits across the town, recovering a remarkable 8,534 individual finds ranging in date from the Early Bronze Age to the present day.

The second season of the Castle Hill Community Dig, and the community excavation at Hallaton, both took place in September. Work at Castle Hill involved 40 volunteers, supervised by ULAS staff, and revealed part of a large medieval building originally discovered in the first season. This year’s work found evidence for two phases of use, including metalworking waste. A stone-lined well adjacent to the building contained large amounts of building rubble and a group of waterlogged roof timbers which are thought to be from the building.

At Hallaton, work continued on Roman deposits and a medieval chapel. A series of Roman ditches was identified along with a cobbled surface, and further burials were found in association with the chapel.

Finally, Deputy Director Vicki Score has also been awarded the 2017 Community Archaeologist of the Year Award run by the Council for British Archaeology and the Marsh Christian Trust, for all of her excellent work with the Hallaton Fieldwork Group.