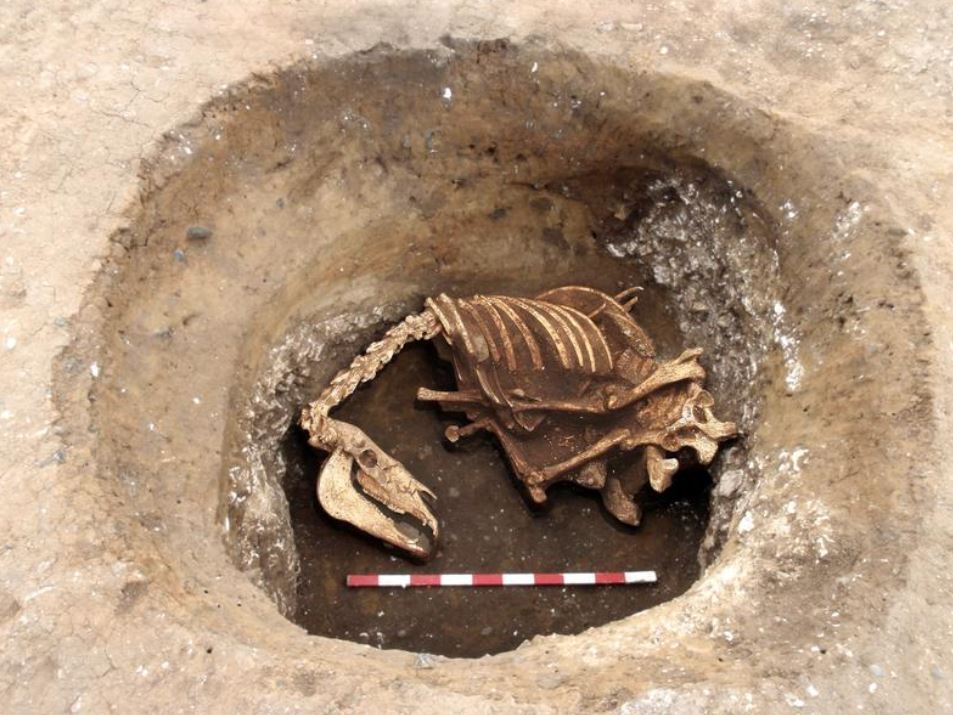 Excavations between 2008 and 2010 at Queen Mary’s Hospital Carshalton revealed a fascinating Iron Age and early Romano-British site dominated by enclosures and numerous pits. The site began as an open settlement in the Early Iron Age but was enclosed by the Late Iron Age, and was subsequently modified a number of times.

Pits and pit deposits are one notable feature of the site – some contained the debris of domestic life reflecting activities in a small settlement (farming, craft/industry including metalworking in the Romano-British period). However, many of the deposits were more complex and included materials (metal objects, pottery and other objects) that had been carefully selected for deposition in pits.

Other pits contained partial or complete animal carcasses, sometimes in large numbers, for example one layer in one pit contained the remains of between 25 and 30 animals (mainly sheep/goat but also including two dogs, a perinatal horse, two domestic fowl and a raven). Dog burials were also quite common and included a rare example of a ‘lapdog’, which was buried at the time of the Roman Conquest.

You can read more about this remarkable site in the latest Occasional Paper – Queen Mary’s Hospital Carshalton. An Iron Age and early Romano-British Settlement by Andrew B. Powell