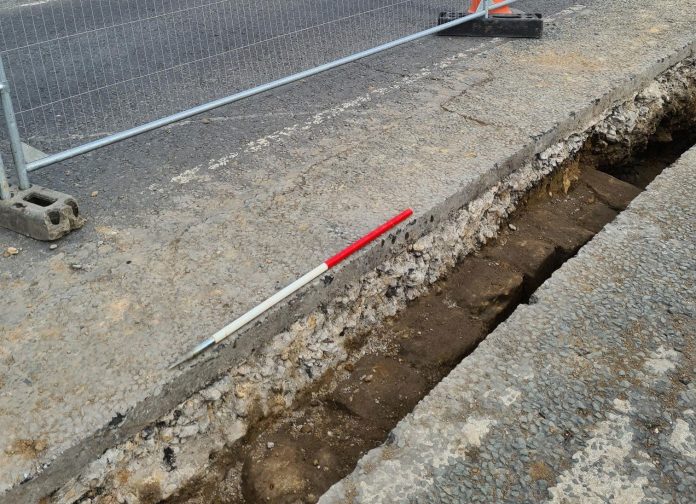 An undiscovered section of Hadrian’s Wall has been uncovered in a busy urban area after works on a water main were taking place.

The amazing 1,900-year-old discovery has been made after workers from Northumbrian Water were carrying out a mains replacement in the area of West Road, just outside the city centre of Newcastle. 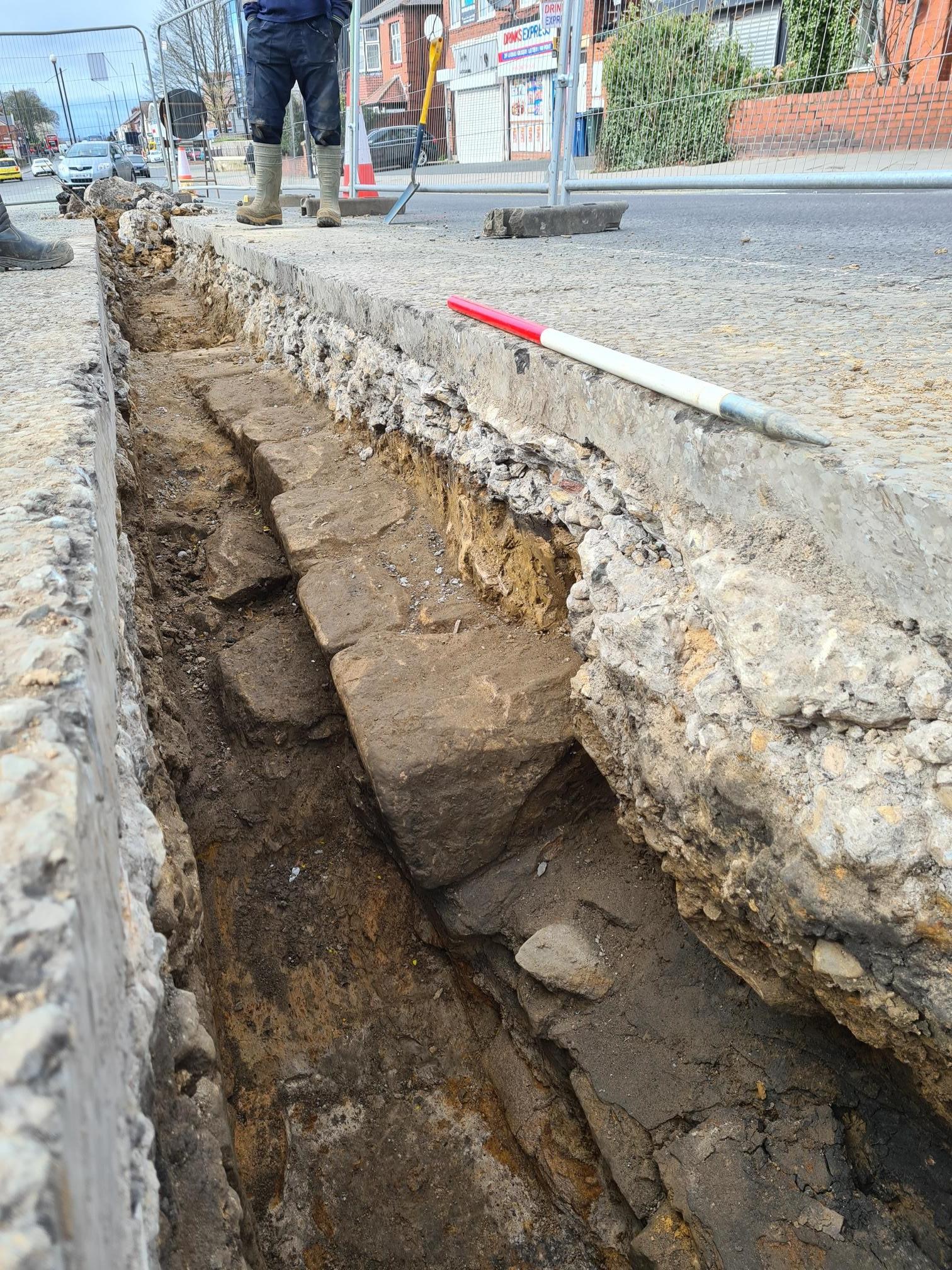 During the routine works, a team from the water company revealed a section of the famous Hadrian’s Wall about three metres long located under the ground surface level, just east of the Two Ball Lonnen roundabout.

It is believed that the newly-discovered section of the wall is from one of the earliest phases of the historical landmark, as it was constructed using such large blocks of stone, whereas later phases used much smaller pieces of stone.

Northumbrian Water were carrying out part of a £5m project in order to improve tap water quality to around half a million customers across Tyneside when the discovery was made.

Graeme Ridley, Project Manager from Northumbrian Water, said: “It is amazing that we have been able to make this brilliant discovery, and we are glad to be working with Archaeological Research Services to make sure that it is properly protected going forwards.

“This is an incredibly special part of North East heritage and we are honoured to be a part of it.

“We are still have completed work in the area and this vital work is being carried out in order to futureproof our water supplies and ensure that our customers continue to receive excellent and high-quality tap water.”

Philippa Hunter from Archaeological Research Services Ltd said: “Despite the route of Hadrian’s Wall being fairly well documented in this area of the city, it is always exciting when we encounter the wall’s remains and have the opportunity to learn more about this internationally significant site.

“This is particularly true in this instance where we believe that we uncovered part of the wall’s earliest phase. It is always a pleasure working closely with Northumbrian Water who take the preservation of archaeological remains such as these very seriously.”

Northumbrian Water, and their contractors Fastflow, confirmed that the pipe-route of the water main could be angled to leave a buffer around the excavated trench.

The water company’s pipe cleaning programme taking place in the area will involve cleaning nine kilometres of strategic water mains at 18 different locations in and around Newcastle, Gateshead and North Tyneside.

This is part of a larger £66 million cleaning programme, which began in 2010 and has seen improvements to more than 221 kilometres of strategic mains cleaned to date.