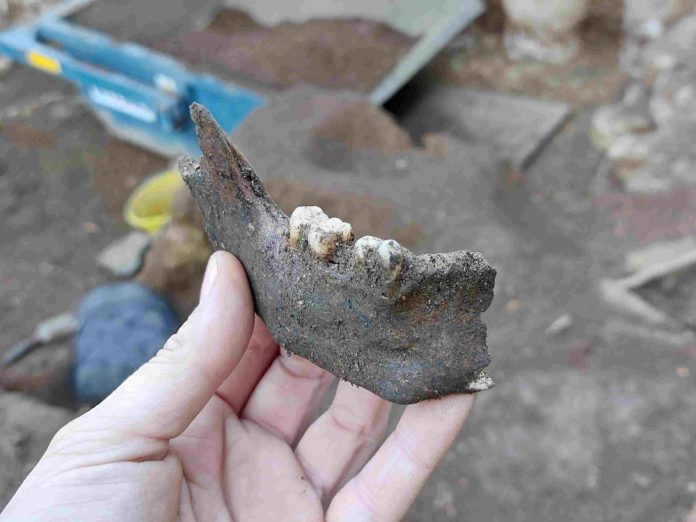 A fragment of skull and part of a human jawbone with some teeth still in place has been unearthed, together with remains typical of a Bronze Age barrow used for human burials.

The findings follow the recent discovery of part of the limestone foundations of the former St Mary’s College, which was founded for Augustinian Canons studying in Oxford but was abandoned following the Dissolution of the Monasteries by Tudor monarch Henry VIII towards the end of his reign.

The archaeological dig has been taking place on a site where construction firm Beard is developing 30 student rooms at the Frewin Annexe of Brasenose College, where Grade II* listed Frewin Hall is located within Oxford’s old city walls.

Oxford Archaeology’s Senior Project Manager Ben Ford said it appeared the south-eastern part of St Mary’s College – known as the ‘lost Augustinian college’ because so little of it remains today – had been built on top of part of what was once a circular burial mound. 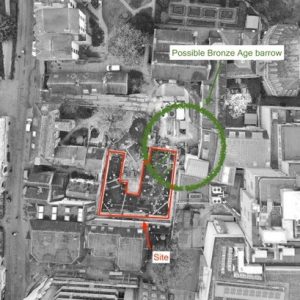 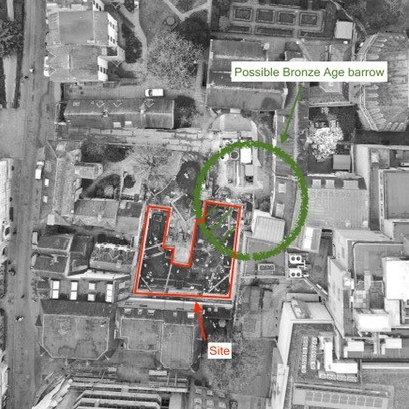 He said: “Locating part of the original massive limestone wall foundation of St Mary’s College was a significant archaeological discovery, and it is exciting to have now discovered underneath it and nearby the remains of an earthwork, a fragment of skull, and part of a human jawbone.

“These intriguing discoveries strongly suggest a prehistoric burial mound was on this site thousands of years before Oxford even existed. The jaw-bone is robust and clearly from an individual of some stature. The mound is built from reddish colour soils and natural gravel – its survival is very unusual.

“We are now searching for the circular ditch which would have surrounded it, and the remaining bones of the individual.”

More information about the excavations follow this link to OA’s Info Sheet at: https://oxfordarchaeology.com/our-projects/frewin-hall-oxford/information-sheets