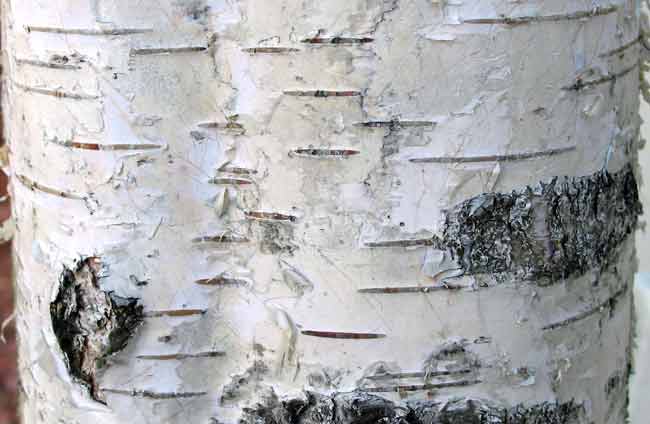 The first confirmed use of birch bark tar from the early medieval period in the UK has been identified from a site excavated by Oxford Archaeology East and analysed by scientists from the University of Bristol, in collaboration with the British Museum. It appears that birch bark tar was used at a later period than previously observed, probably for medicinal purposes.

The tar is produced from the bark of the birch tree and is known to have been in use as early as the Palaeolithic as an adhesive, sealant and in medicine due to its stickiness, water resistance and biocidal properties. In eastern and northern Europe, there appears to be continuity of use into modern times, but in western Europe and the British Isles, birch bark tar has been believed to be limited to prehistory, with gradual displacement by pine tars during the Roman period.

Two later identifications from early medieval sites in the East of England have now been published in the Journal of Archaeological Science. A small lump of birch bark tar was found by OA East in an early Anglo-Saxon child grave (500-600 AD) in Cambridge, and a residue containing birch bark tar was identified in a ceramic vessel found in Kent.

The child in the Anglo-Saxon grave is likely to have been a girl aged seven to nine years old. She was buried with a variety of grave goods, including brooches and beads on her chest, and a collection of artefacts which would have been contained within a bag hanging from a belt at her waist. These include an iron knife, a copper alloy girdle hanger and an iron ring, along with the dark lump of birch bark tar. Pathological indicators on the child’s skeleton indicate that the tar may have been used for its antiseptic properties.

Chemical analysis carried out by scientists from the University of Bristol’s Organic Chemistry Unit identified that the two tars from Cambridge and Kent also contained fatty material, possibly added to modify the tar. The composition of the residue within the ceramic container analysed by the team at the British Museum have suggested that this was possibly used for processing the tar.

Dr Julie Dunne, from the University of Bristol’s School of Chemistry, said: “The results present the first identification of birch bark tar from early medieval archaeological contexts in the UK. This may indicate a later period of use for birch bark tar in the UK than previously thought and raises the question of whether this indicates evidence of a longer continuity of use than we previously recognised or was it a later reintroduction of the technology in the medieval period. If this is the case, then the similarities between the find sites, both early Anglo-Saxon cemeteries with comparable assemblages of grave goods, may be significant.”