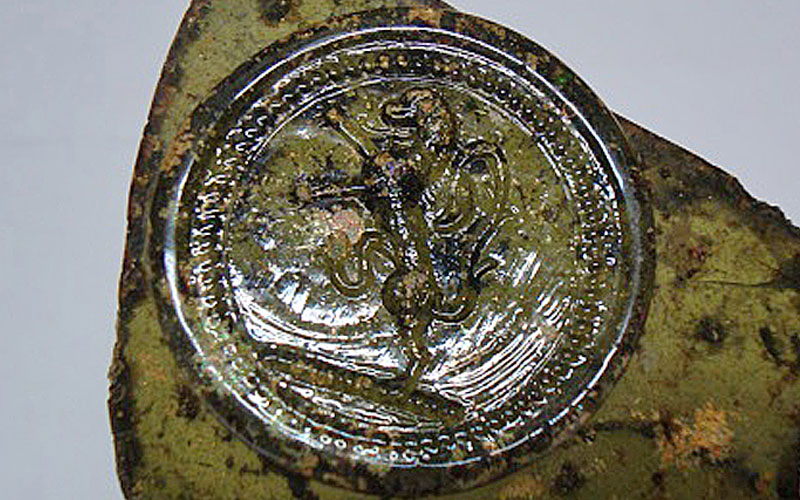 Working with two masters students, Nicholas Major and Elizabeth Adams, specialists at MOLA have been creating a catalogue of glass bottle seals dated to the mid- 17th 19th-century using the collection curated by the Museum of London Archaeological Archive. The results can be explored on the Culture Embossed website.

English glasshouses have been making bottles since the mid-17th century and these containers provided a perfect surface for individuals to commission their own specially designed seals. This practice continued well into the mid-to-late 19th century. But who are the names behind them? And why were they made?

Of the 82 glass seals found, nearly half were from London’s lost drinking establishments. The seals identify premises, with names like the Green Dragon or Dragon’s Head, the King’s Arms, the Feathers, Three Tuns, the Rose and the Ship, to name but a few.

Although this is a significant collection, a visit to any museum will reveal similar examples, indicating that manufacture was commonplace. 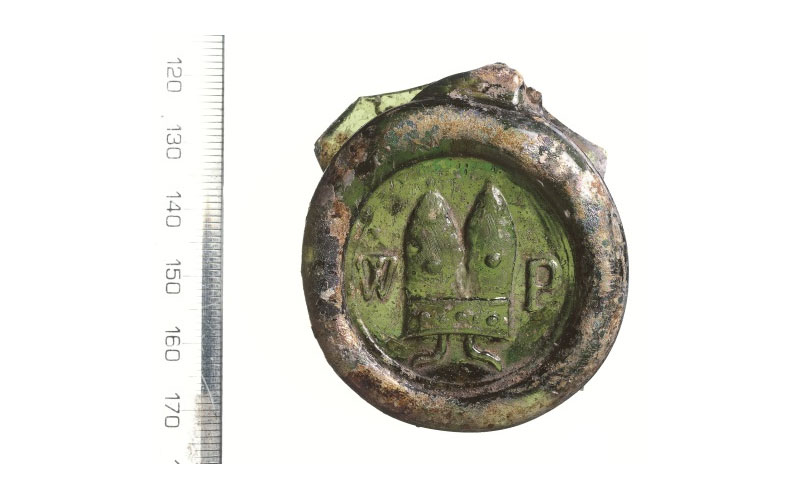 A more detailed study of the material will be published in issue 49:1 of Post-Medieval Archaeology later in the year.

Nigel Jeffries is one of MOLA’s Find Specialist and an expert in medieval and later ceramics, glass and clay tobacco pipes.

Nicholas Major is undertaking an MA in Nineteenth-Century Studies at King’s College London and Elizabeth Adams is studying MA History of Design at V&A/RCA.

Leir of Leicester: The archaeology behind the legend