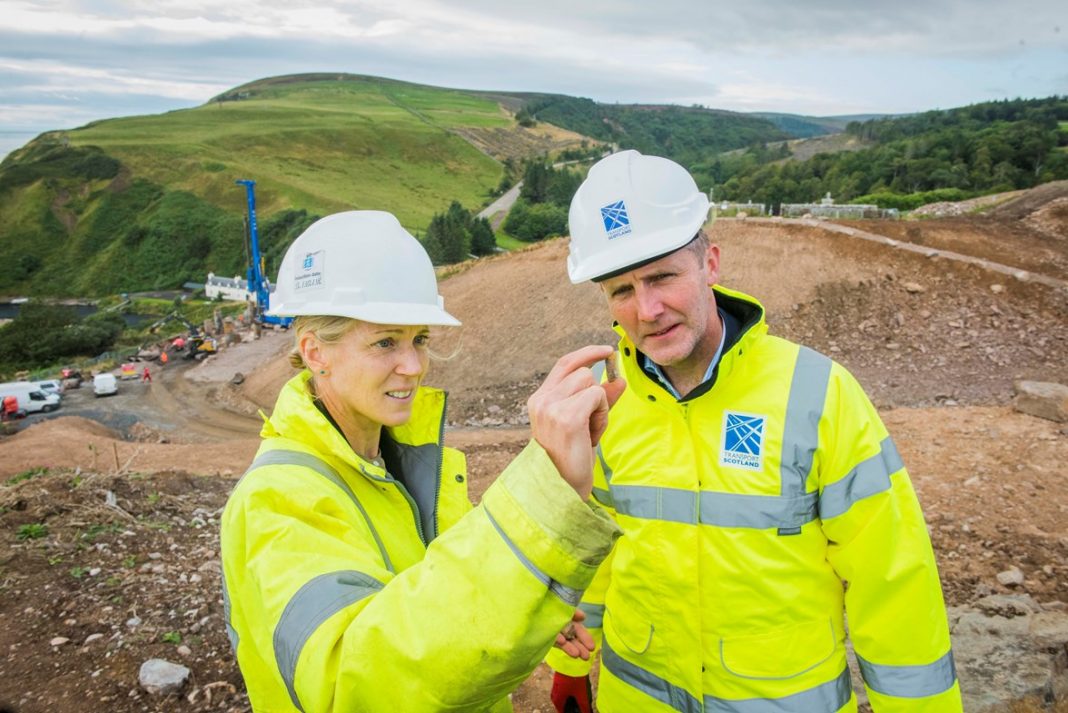 Mr Matheson, The Cabinet Secretary for Transport, Infrastructure & Connectivity viewed the progress of the construction work to remove the notorious hairpin bend on the A9, which is on schedule to be completed by spring 2020, subject to exceptionally adverse weather.

Mr Matheson viewed the findings from the archaeological excavations which show that this section of the A9 was once the site of a seasonal camp as far back as the Mesolithic period around 6,000 BCE. Numerous flints and other artefacts were found which are believed to have been used for hunting, working with animal hides and other daily tasks. Together with the remains of small shelters and fires, it is believed by the archaeologists that these artefacts provide information on the earliest humans living in Caithness.

The archaeological finds will be displayed for the public to view at Dunbeath Heritage Museum in the coming weeks.