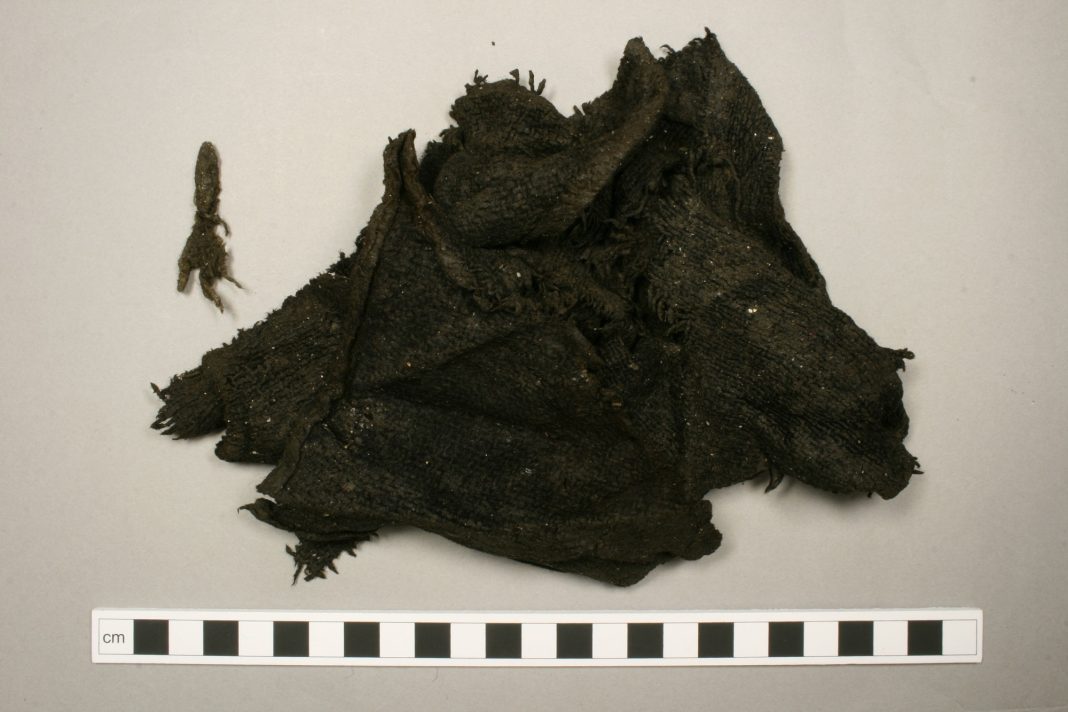 AOC Archaeology Group was commissioned by New Waverley Advisers to carry out archaeological investigations at East Market St, Edinburgh in advance of a hotel development. The work, completed in early 2015, revealed a length of what is thought to be the medieval ditch surrounding the borough of Canongate. The ditch had been backfilled with old midden material, including food remains, pottery and metalwork.

Analysis of the pottery has provided the dating framework for the construction and use of the ditch; the ditch was probably dug in the 13th century or earlier and was backfilled, probably in the late 15th century.

The lowermost deposits in the ditch had become waterlogged and consequently objects made of organic materials such as leather, textile and wood had also survived. Analysis of some of these objects suggests that the contents of a wardrobe may have been thrown into the ditch along with other household debris. These include a wool garment and leather shoes.

The pile of unconserved textile fragments

Examination of this muddy lump of textile revealed that it consisted of multiple fragments of cloth with seams and selvedges, the torn and crumpled remains of a single wool twill garment. The fragments represent the separate panels of a garment which would have fitted closely around the chest and flared out below. It had been made with a medium-coarse grey wool, possibly over-dyed for black.

Finds of clothing of this period are very rare in the UK and we have to go further afield to find examples with which to compare it; the best comparison is with garments found in a medieval cemetery in Greenland. This was a style that was fashionable throughout northern Europe in the 14th century, so perhaps by the late 15th century when it was disposed of in the ditch and it was well and truly out of fashion.

The fragments fit best with garments found in the Herjolfsnæs cemetery,Greenland

Accompanying the garment were the remains of leather shoes. The soles were all very slender, with pointed toes which turned outwards . This was a style that was very popular in the 15th century; examples found in London had the toes stuffed with moss to keep them stiff. These are not the most extreme examples of this style but it suggests that this may have been the wardrobe of a fashionable Edinburgh gent of the time.

The slender right sole of a leather shoe

Reconstructruction of a similar type of shoe.

An unusual lamp from a recently discovered villa at Stoke Gifford,...