volunteers have been processing the finds from the Kiln site, in the processing room at Roman Circus House. Here are the initial results. 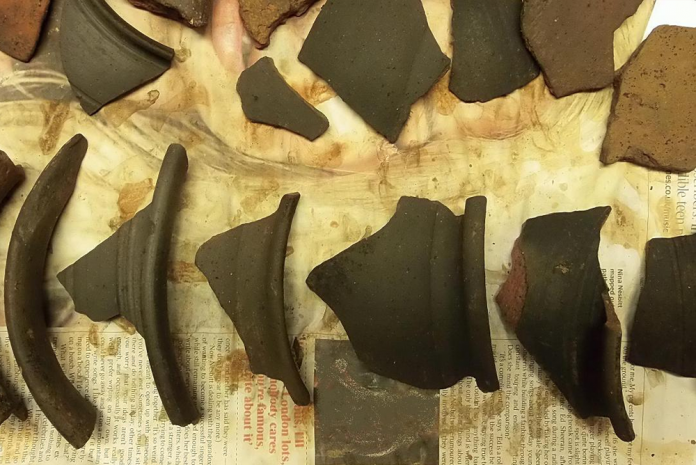 While excavation continues at the evaluation site near Manningtree where archaeological from the Colchester Archaeology Trust recently uncovered the remains of a small Roman pottery kiln volunteers have been processing the finds, at Roman Circus House.

After a quick look at some of the finds , while they were being processed, Trust specialists have come up with some speculative observations; Burnt fragments of clay probably derive from the collapsed floor of the kiln’s upper chamber; The site has produced quite a lot of Roman pottery fragments, and these show a range of pottery, from coarse to high-quality wares.

The high-quality wares are represented by a few fragments of samian ware, including decorated samian ware, and decorated fine ware. These would have been table wares, for dining and drinking, and the fragments were probably redeposited here in material from a nearby Roman settlement or farmstead by subsequent agricultural activity.

However, the finds also include a group of rim fragments (see above), which suggests that these represent pottery vessels which were being fired in this kiln.

The pots being made here seem to have included quite fine grey wares. Excitingly, we have also excavated a complete Roman pot from the lower chamber of the kiln. This is in two pieces and it is a small cooking-pot made of coarse grey ware.

It looks mis-shapen/mis-fired and as it is complete and found in the kiln iself may have been used as a prop in the kiln when it was in use. All these ceramic finds will next be studied by the Trust’s Roman pottery specialist and fully reported on in our site report. 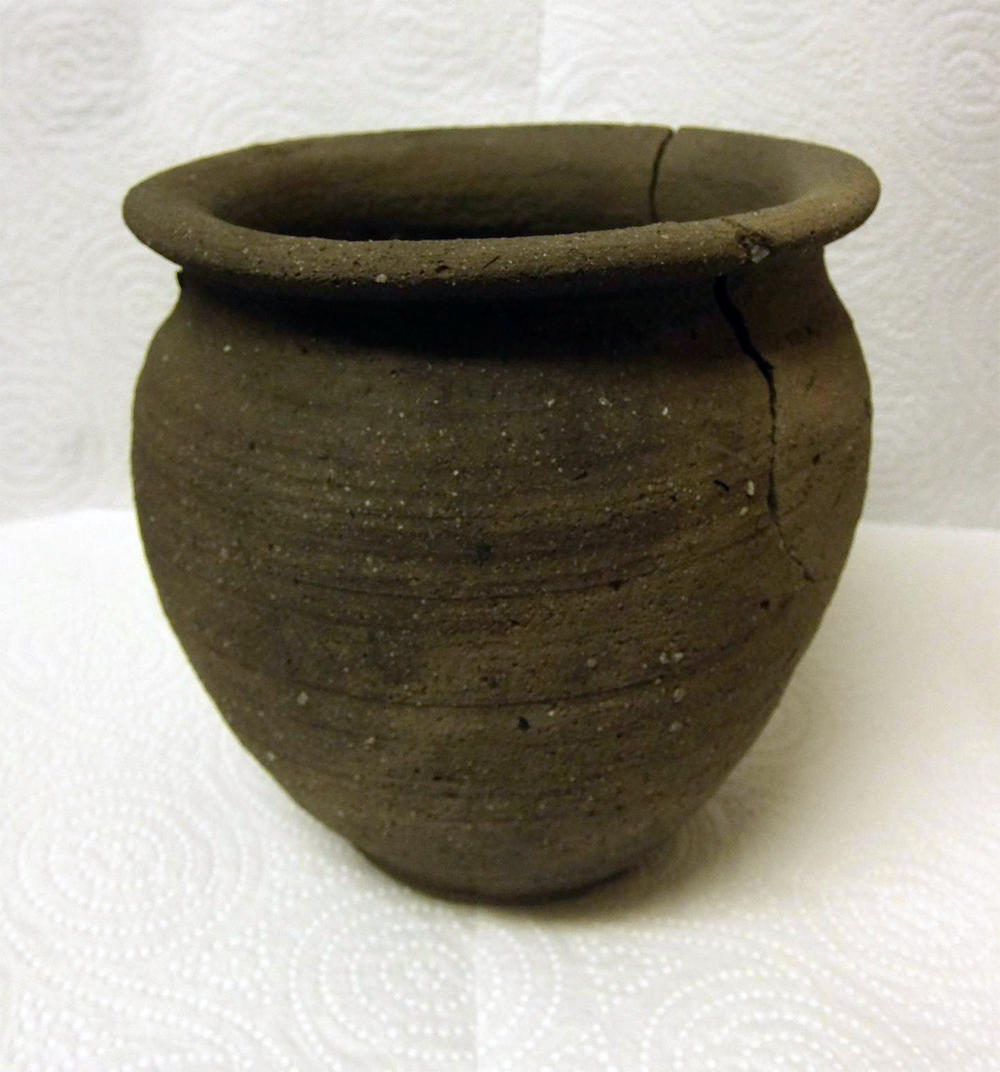 Some of the finds were processed today by Hannah, who is working as a volunteer for two weeks during her half-term holiday! Today she was joined in the processing room by her mother. Hannah is a pupil at St Helena School in Colchester, and she got interested in archaeology when the Trust was conducting an evaluation in the school grounds recently.