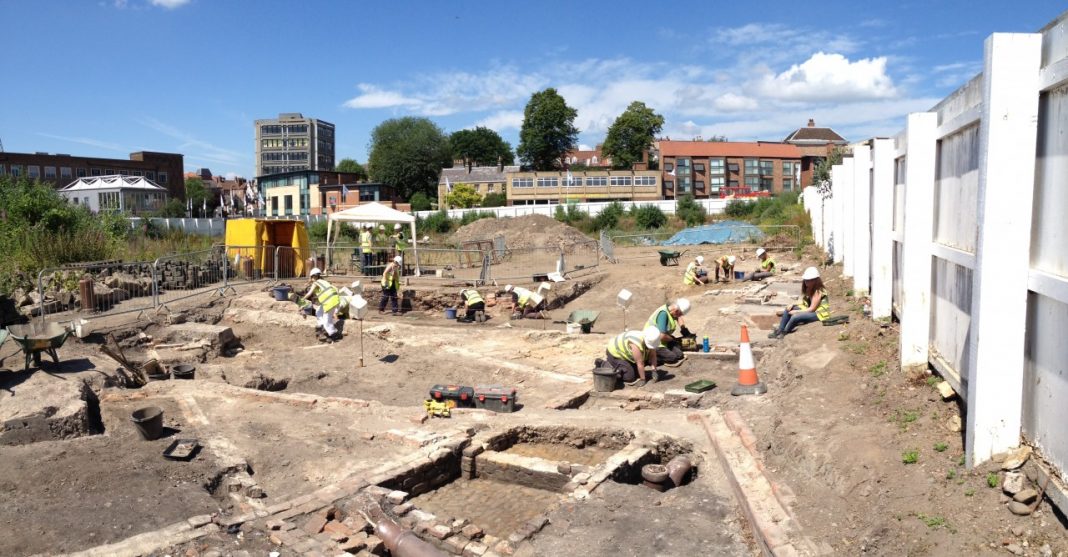 That said, there are still a few little signs that we were there… #FarewellHungatepic.twitter.com/ayB3VZiSwA

Highlights of the dig included uncovering part of a 1,700 year old Roman cemetery, finding out what Viking Age life was like alongside Hungate 1000 years ago and how people used the land in medieval times. More recently, the Archaeology Live! training excavation discovered the lost medieval church of St. John the Baptist.

Hungate was a unique dig where you can come and see the past unfolding in front of your eyes, where new discoveries are made every day.

Archaeology Live (hosted at Hungate) moved to the grounds of All Saints, North Street in the very heart of medieval York. The 2014 season proved to be more exciting than we could have hoped, with a fascinating and diverse sequence of 18th and 19th century archaeology. 2015 will see us delve deeper into the rich history of the site as we explore the medieval deposits beneath the early modern industrial yards of Church Lane.

Learn how you can get involved in the exciting training excavation in the heart of York.