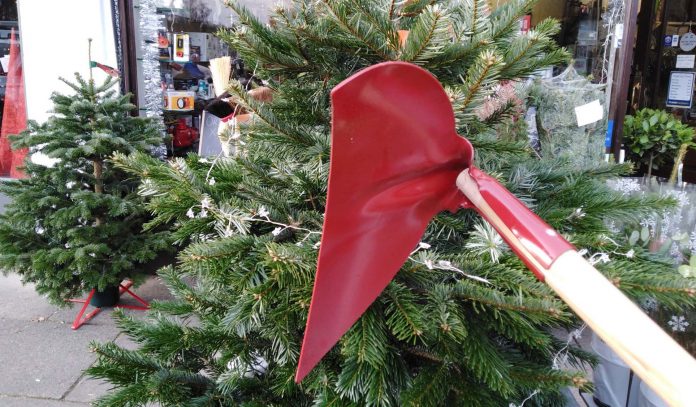 The Krafse is a versatile digging tool which has developed a loyal following amongst archaeologists in Scandinavian countries and Scotland. A hardware shop in Cambridge run by Robin, an ex-field archaeologist is selling these tools in the UK for the first time. Robin has fond memories of using a Krafse back in the day when they were brought back by diggers who had worked in Norway during the 1990s.  The Krafse has been called a trowel, mattock, hoe and shovel all in one.

<blockquote class="twitter-tweet"><p lang="en" dir="ltr">Talk turned to tools during <a href="https://twitter.com/hashtag/AskAnArchaeologist?src=hash&ref_src=twsrc%5Etfw">#AskAnArchaeologist</a> Day yesterday - can we get any more love for the Krafse? (or any other obscure tools for that matter...)<a href="https://t.co/VSfG72gngD">https://t.co/VSfG72gngD</a></p>— Historic Environment Scotland (@HistEnvScot) <a href="https://twitter.com/HistEnvScot/status/1151866757059100672?ref_src=twsrc%5Etfw">July 18, 2019</a></blockquote> <script async src="https://platform.twitter.com/widgets.js" charset="utf-8"></script>

It is deal for hacking, hoeing and cleaning up, and the curved blade means it can be used as a reverse shovel.  It is especially good for shifting spoil fast and the long handle means less stooping and back strain when compared to a shovel. The Krafse recently featured in a favourite tools tweet by Historic Environment Scotland