IfA response to protect GCSE, AS and A Level Archaeology

This consultation is about what needs to be settled so that the reform of GCSE, AS and A level qualifications in England can be completed. 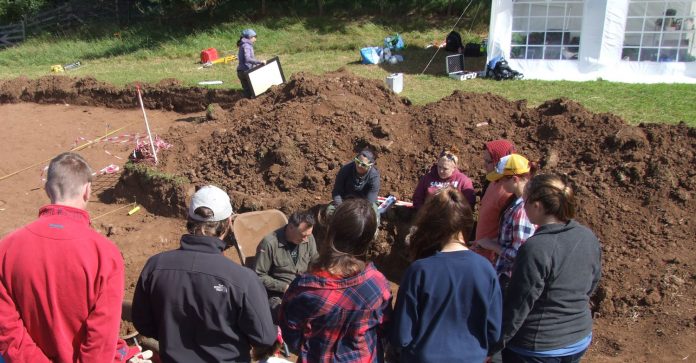 IfA has supported GCSE, AS and A Level Archaeology and has urged Ofqual not to consider withdrawing these qualifications in any further reform.

The full IfA Response is HERE

The consultation was about what needs to be settled so that the reform of GCSE, AS and A level qualifications in England can be completed.

The reforms are well under way, with the first specifications expected in schools and colleges in the autumn of 2014. Ofqual wished to consolidate and complete the reforms within a reasonable time, to settle key qualifications and so people know what to expect and when.  One of the subjects under consideration for removal was archaeology.

The discussion is around the numbers and cost benefits of each subject, with only 100 individual pupils taking the GCSE in manufacturing against 942,400 doing a GCSE in mathematics.

The idea is to consider a number of factors, including the benefits to society and the individual pupils long term goals in terms of knowledge and skills.

The IfA’s response to the merging of “overlapping studies, and their primary concern to this consultation is to support the continuing provision of AS and A Level Archaeology qualifications and to ensure that these courses are not considered for withdrawal in any ongoing reform.

AS and A Level Archaeology are challenging qualifications incorporating a variety of interests (relating, for instance, to geography, history, geology, biology, chemistry, maths, sociology and anthropology) and a broad range of cross-disciplinary skills (involving teamwork, literacy and scientific, analytic and other skills) which few other AS and A Levels can match.

Not only do these qualifications facilitate enjoyment and understanding of the historic environment as part of the thriving voluntary sector in archaeology (at the same time as providing significant, transferable skills), they also provide a bridge to university courses and ultimately to the archaeological profession. Any move to discontinue these courses would potentially exacerbate a very real skills shortage in archaeology and contribute to the broader de-skilling of the heritage sector which is occurring in the current financial climate. Such shortages undermine the substantial contribution of the archaeological sector to the life of the nation, both culturally and economically. (For instance, even in these recessionary times, archaeological, development-related projects annually, lever in over £100 million of developer (mainly private-sector) funding for new public understanding and appreciation of the past – see The Archaeology Forum’s briefing paper which accompanied the call for evidence of the Vaizey Inquiry into Local Government Archaeology Services: http://www.archaeologists.net/sites/default/files/node- files/Briefing_Paper_Local_authority_archaeology_services.pdf.)