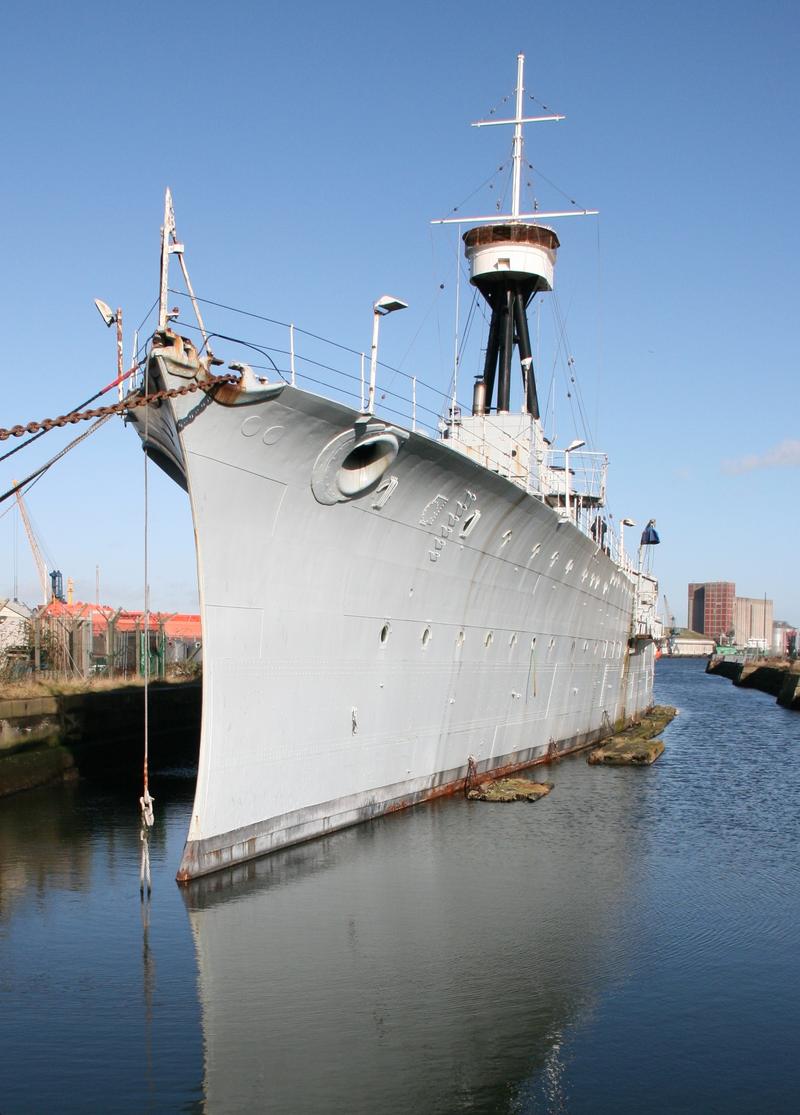 31 May is the centenary of the Battle of Jutland in 1916 that took place in the southern North Sea during World War I. Wessex Archaeology surveyed and prepared a conservation management plan during 2014, of the HMS Caroline a light cruiser Royal Navy ship docked in Belfast harbour, which is the last vessel to survive the Battle.

The Conservation Management Plan was part of a successful HLF bid for £12 million to convert the ship and neighbouring pump house into a visitor centre, in the Titanic Quarter of Belfast and adjacent to the Thompson Dock where the Titanic was fitted out in 1912.
On 31 May a commemorative service will be held at the HMS Caroline during the day and in the evening there will be a dinner hosted by Captain John Rees OBE of the National Museum of the Royal Navy, which Rosemary Thornber will be attending on behalf of Wessex Archaeology. Rosemary, originally from Belfast, completed the heritage survey of the ship, consultation, historic research as well as writing towards and compiling the CMP, while Dan Atkinson, Director of Coastal & Marine at Wessex Archaeology, coordinated the project and conducted the vessel survey, together with Graham Scott, Senior Archaeologist Coastal & Marine.
The visitor centre, which will open to the public on 1 June, is close to the award-winning Titanic visitor centre and increases the number of historic attractions of international significance in Belfast, as well as the complement of historic vessels curated by the NMRN.
By Rosemary Thornber, Senior Consultant