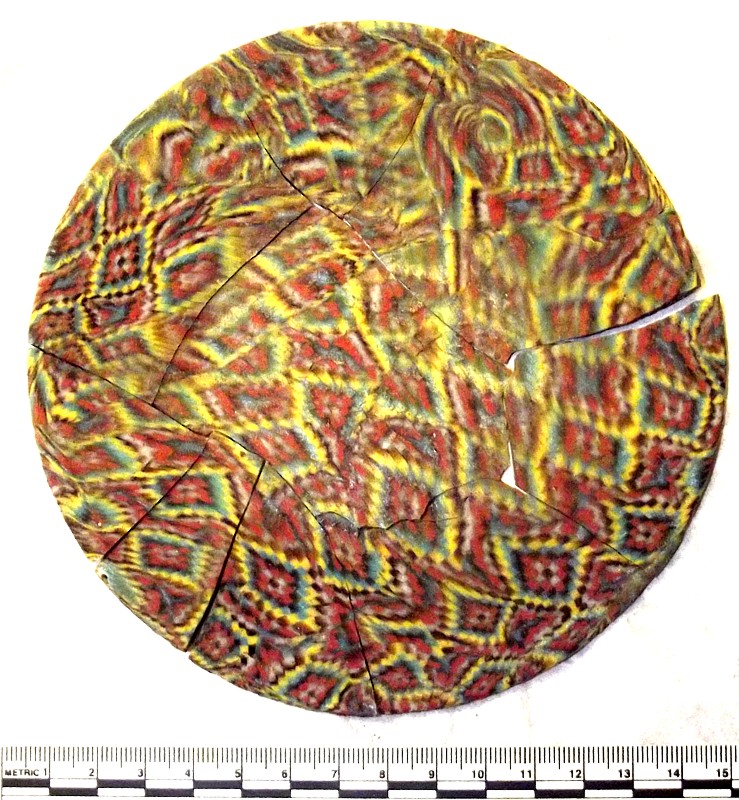 The artefacts, which form part of a burial, probably of a wealthy and cosmopolitan individual, are a unique find in Britain and experts in ancient finds are already clamouring to study these rare objects.

Discovered late last year by a local metal detectorist in a field in Kelshall, a complete Roman jug was the first thing to be found. A bronze dish, a larger jug and then a third jug were soon uncovered. Realising this was an important find it was reported and Keith Fitzpatrick-Matthews, North Hertfordshire District Council’s (NHDC) Archaeology and Outreach Officer, decided that it would be a good idea to investigate further.

Once the dig was underway, glass bottles, an iron lamp and wall mounting bracket, two layers of hobnails from a pair of shoes and a box with bronze corner bindings were uncovered. Two shattered, but otherwise complete, mosaic glass dishes stood on top of a decayed wooden box which held two broken clear glass cups and a pair of blue glass handles. The largest glass bottle was hexagonal, and contained cremated bone and  a worn bronze coin dating from AD 174-5. A rare octagonal bottle stood next to it. A major find was mosaic glass dishes likely made in Alexandria, Egypt, around AD 200.

Currently owned by the farmer and the finder, the North Hertfordshire Museum Service hopes to raise the money to buy the finds, so they can be displayed when the new museum opens later in the year. 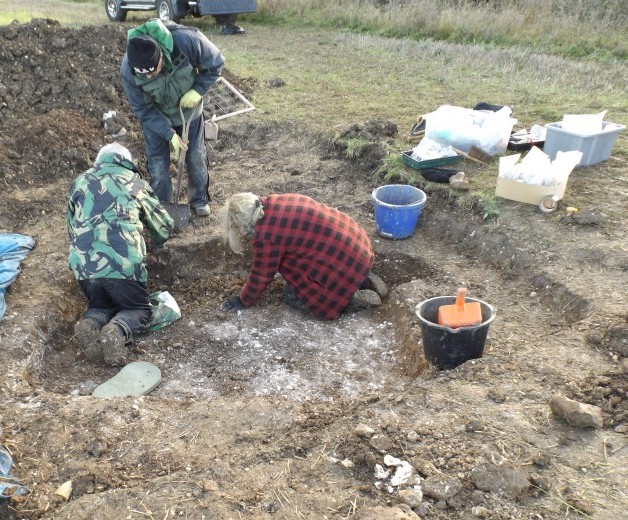 Keith Fitzpatrick-Matthews said: “After 1800 years, finds like these still impress us with their workmanship. Working together with the metal detectorist, NHDC’s archaeologist and the Finds Liaison Officer, were able to uncover the past and find out and understand so much more about the lives of people in Roman North Herts”.